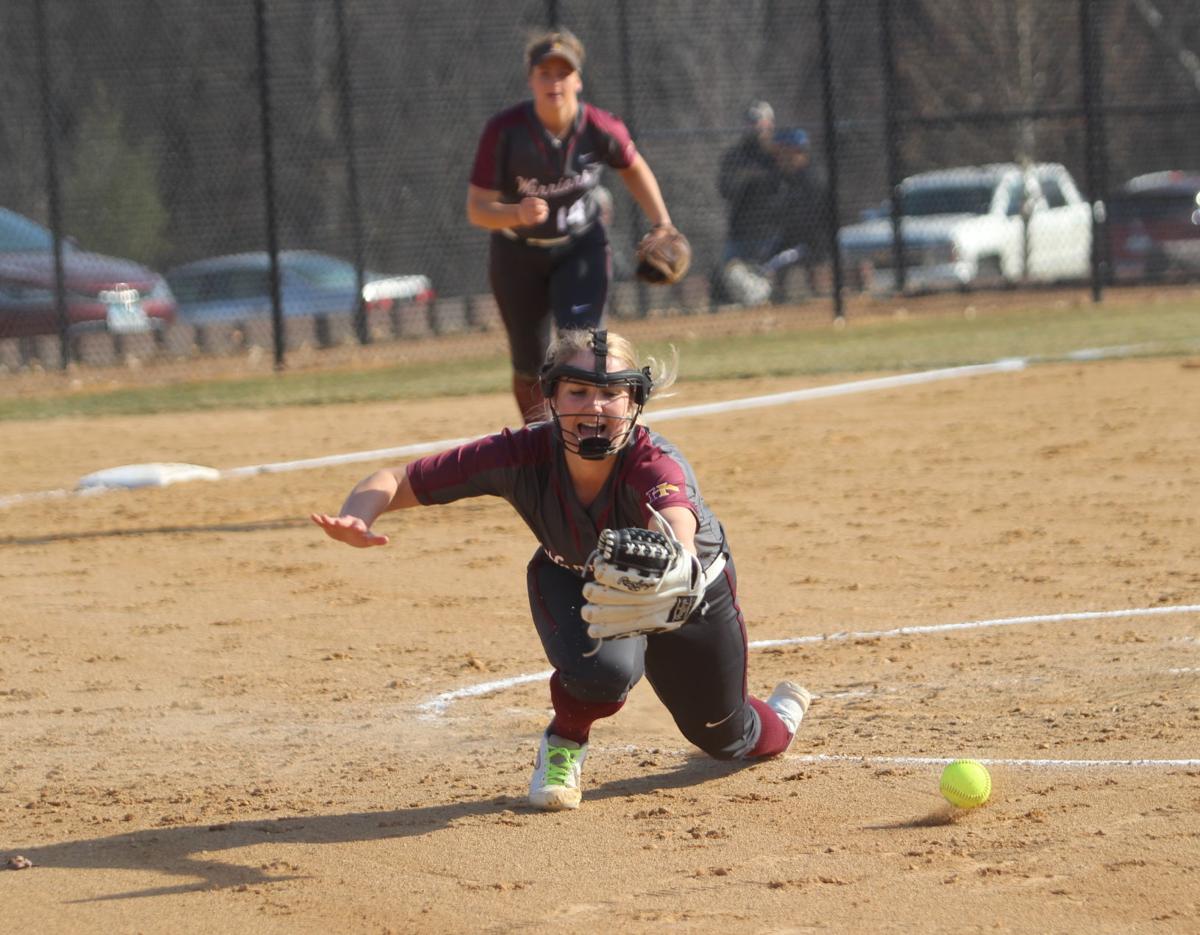 Alexis Groet, seen here diving in front of Indian Hills teammate Brooke Snider to field a softball on the infield back in March during a win over State Fair, will be pitching next season at the University of Tennessee-Martin. 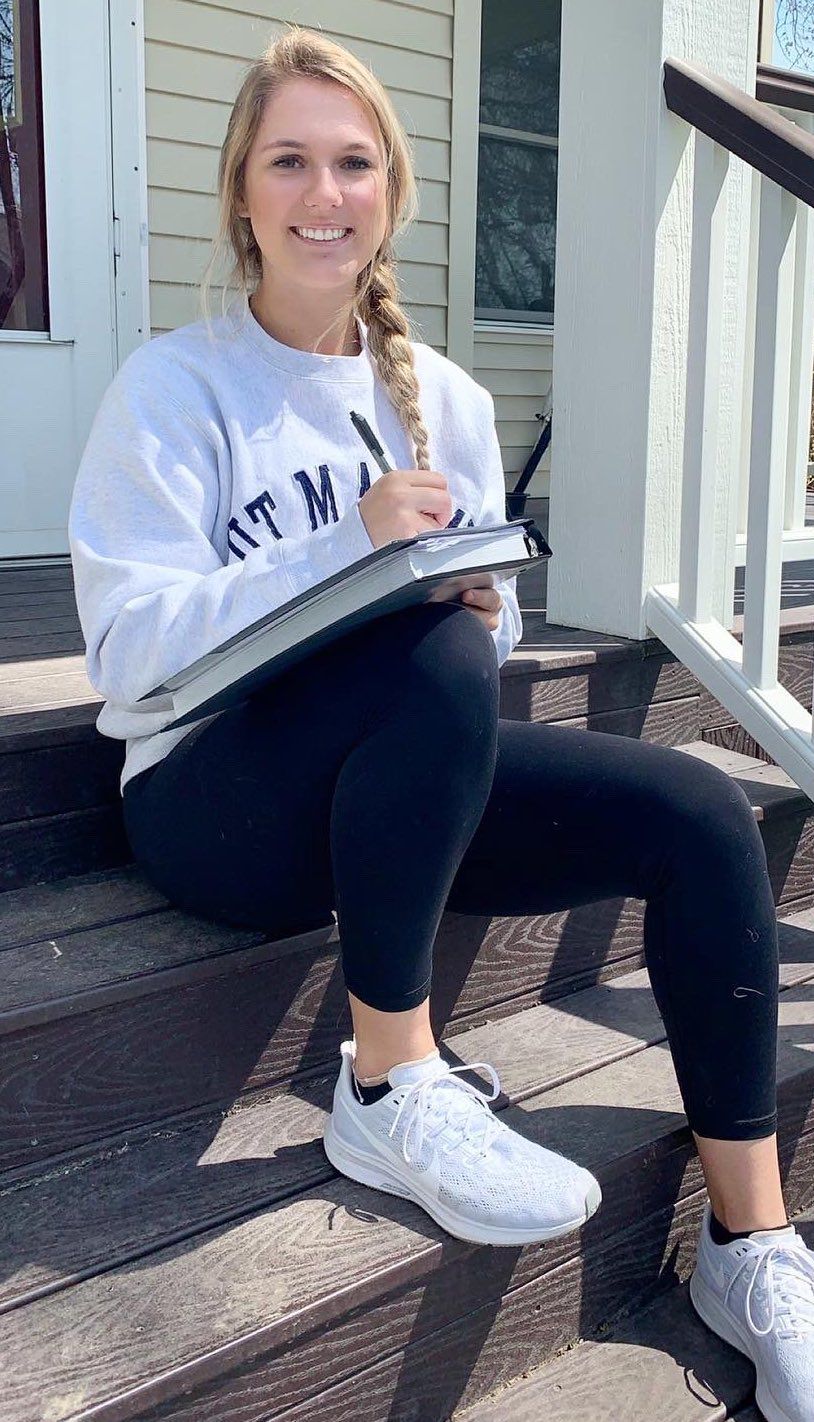 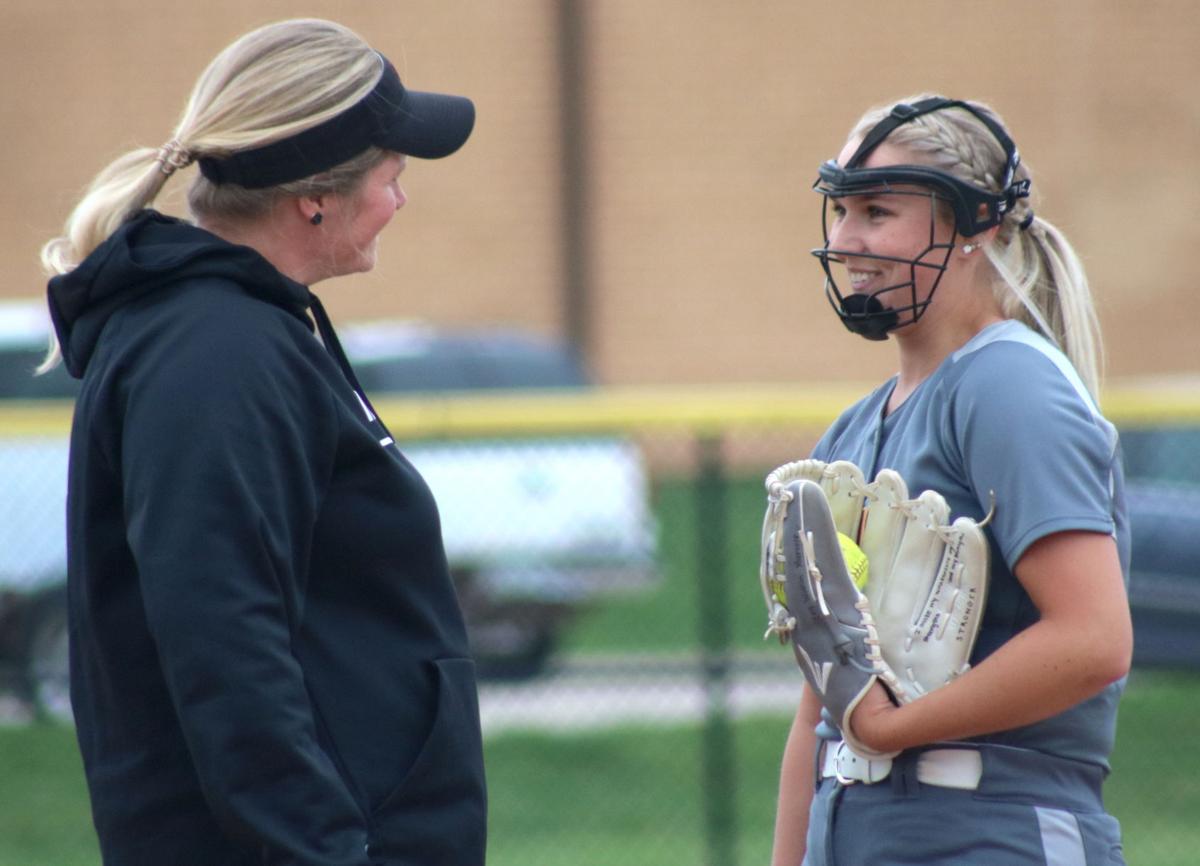 Alexis Groet, seen here diving in front of Indian Hills teammate Brooke Snider to field a softball on the infield back in March during a win over State Fair, will be pitching next season at the University of Tennessee-Martin.

OTTUMWA — How many more Indian Hills softball pitching records Alexis Groet would have owned by now? That’s a question, unfortunately, that will never be answered.

Perhaps the biggest question in Groet’s life may always be: What if she hadn’t gone to the 2018 Iowa High School State Softball Tournament?

Just two years earlier, Groet helped Oskaloosa High School secure the school’s first state softball championship. “Bear” was the winning pitcher in a historic, and dramatic, 6-5 win over Carlisle in the 2016 Class 4A state championship game giving longtime head coach Jay Harms what is still his only title as head coach of the Indians.

Two years later, Groet met her former coach back in Fort Dodge. At the time, Groet was just fine being a spectator, ready to hang up her glove for good.

Now, Groet and her glove are headed to the Volunteer State. The only pitcher in IHCC softball history to record 300 strikeouts in a single season will play next year on the four-year level at the University of Tennessee-Martin.

“I have ‘stay within myself’ written on the outside of my glove, so when I turn it I see it,” Groet said. “On the inside, I have ‘make my strengths stronger.’ I lived by that my whole life.”

Lindsay Diehl watched Groet pitch in the state championship game at Oskaloosa in 2016 when Diehl was still the head coach at Clarke High School. Groet actually took pitching lessons in Osceola with her pitching coach helping in bringing Diehl, now the coach at IHCC, together with her future All-American ace hurler.

Groet was understandably cautious when it came to dealing with Diehl, or any other college coaches, after a tumultuous year spent at DMACC. Despite winning a state title as a junior at Oskaloosa, Groet struggled with a concussion during the course of that season and admittedly came back too soon in order to be in the pitching circle for the Indians in the postseason.

“It ended up affecting me for two years,” Groet said. “That wound up really having an affect on me at DMACC as well. I was always getting sick.”

Injuries were just part of the story for Groet at DMACC. Seeking support from the coaches that recruited her, Groet instead found that relationship would quickly sour in distrust.

“I just did not have a belief system with me at DMACC. My parents were at home and they didn’t get a chance to see what was really happened on the team,” Groet said. “There were lies, fake confidence and the worse you do, the more they just broke you down and pushed you to the side.

“DMACC was a really rough place for me that really broke my confidence. I just decided it wasn’t worth getting upset over. My DMACC coach encouraged me to hang up my softball shoes, so I did.”

For just a few months, anyway. It was after that freshman year, in which Groet was able to redshirt, that the former Oskaloosa ace returned to Fort Dodge and met up with Harms.

Also at that state tournament was Diehl, who had just accepted the job as IHCC head softball coach the previous week. At the time, Diehl was making up for lost time on the recruiting trail, talking with coaches and making as many connections as possible to bring in her first recruiting class.

“She just came up to Coach Harms and was asking him if he knew any players that were looking to go somewhere and haven’t committed,” Groet recalled. “I just walked away at that point. I had already decided I was done playing softball. My plan at that time was to go back to school and DMACC and finish earning my degree.

“Coach Harms told Coach Diehl ‘that’s your shot, right there.’ She called me about a week later. His advice to me was to look into it, don’t worry about anybody else and make your own decision. I talked with my parents and I figured I’d give it a shot.”

Diehl recalled the conversation with Harms, which included learning all about the physical and mental struggles Groet had at DMACC.

“One of my former coaches that coached (Groet) at DMACC, so I also reached out to her to find out a little more about what the story was,” Diehl said. “Knowing that she had taken the medical redshirt and some of the issues she had recovering from her concussion, I was aware when she came down here that she had made up her mind that she wasn’t going to play anymore. She hadn’t signed a letter of intent, so we were trying to make a decision whether to pursue her before she signed anything else at DMACC.”

Groet made the trip down to Ottumwa to visit with Diehl, laying everything out on the table. Had the conversation gone a different way, or never happened at all, Groet’s softball career likely would have been over.

“I told (Diehl) all about my fears and my worries,” Groet said. “We talked a little more and I decided to give it a shot. I still have my talent. I’m not losing anything, so I might as go for it.

“It’s the best decision I’ve ever made.”

Less than a year after coming to terms with no longer being a softball player, Groet produced one of the greatest seasons any softball player at Indian Hills has ever had. Reunited with former state championship battery mate Alexis Westercamp, Groet racked up 301 strikeouts eclipsing the previous record of 267 recorded by IHCC Hall-of-Fame hurler Tara McClure.

Groet won 23 games as a redshirt freshman for an IHCC team that qualified for the NJCAA national tournament, the most wins for an Indian Hills pitcher in 15 years. The Warriors overcame early struggles on the diamond, winning 24 straight games on the way to qualifying for the national tournament and finishing with a 42-18 record, placing in the top eight in the NJCAA.

Groet seemed poised to make a run at eclipsing McClure’s record for career strikeouts at IHCC, reaching 380 in just eight starts including a 16-strikeout performance in a 7-0 home-opening win over State Fair on Mar. 7. Needing just 110 more to catch McClure, Groet and the rest of IHCC’s softball sophomores had their seasons cut short when the coronavirus pandemic ultimately led the cancelation of the 2020 Warrior season after just 16 total games.

“She’s in a better place all the way around. She’s just a better version of herself. She’s bounced back and is back to her old self once again.”