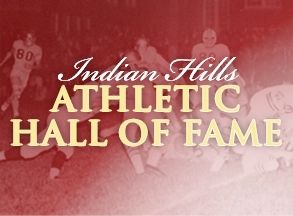 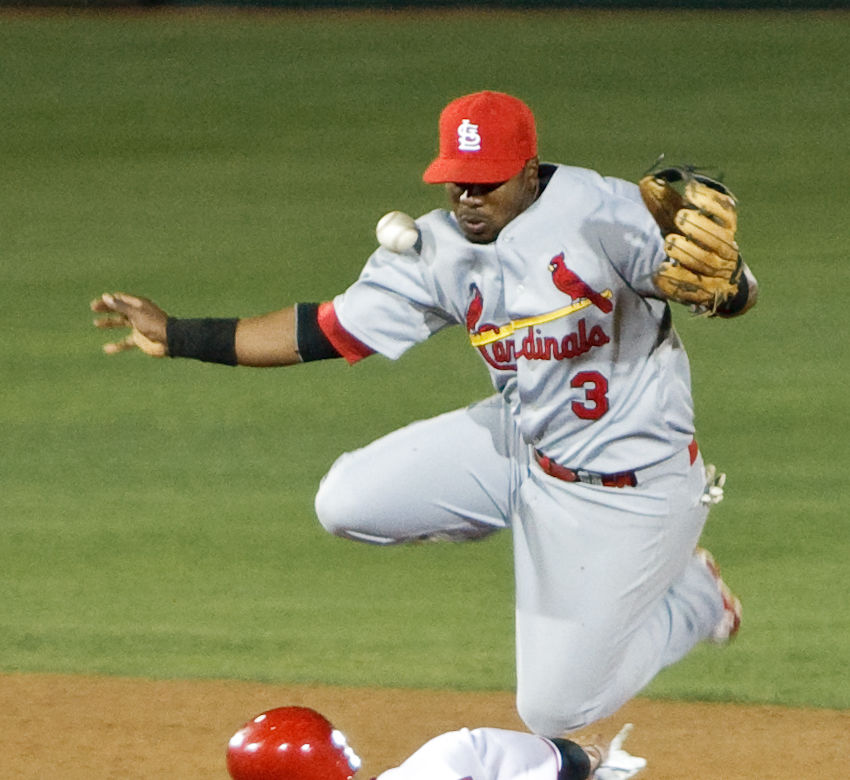 Ruben Gotay (3), seen here playing for the St. Louis Cardinals, will be one of five new inductees into the Indian Hills Athletic Hall of Fame. The new class will be inducted at halftime of the Indian Hills basketball game with Marshalltown on Jan. 25.

Ruben Gotay (3), seen here playing for the St. Louis Cardinals, will be one of five new inductees into the Indian Hills Athletic Hall of Fame. The new class will be inducted at halftime of the Indian Hills basketball game with Marshalltown on Jan. 25.

OTTUMWA – When Karen Malloy became the second softball player ever to be inducted into the Indian Hills Athletic Hall-of-Fame in 2013, there were several family members on hand for the induction.

One of those family members was her younger sister, Cindy Smith, who like Malloy had been a part of two successful seasons with the IHCC softball program. Before being inducted herself, Malloy hoped she could witness her sister receive the same honor.

“It would be awesome if we both became IHCC hall-of-famers someday. I was so incredibly proud of her,” Karen said of Cindy.

Some day will be Saturday, Jan. 25, 2020. Smith will be part of the latest class of IHCC Athletic Hall-of-Fame inductees, joining Jackie Crawford, Ed Dooley, Ruban Gotay and Kristy Menke as the newest names that will join the previous 41 inductees, meaning the sisters from West Marshall will be joined together as Hall-of-Fame siblings.

The Hall of Fame induction ceremony will take place at halftime of the Indian Hills basketball game with Marshalltown on Jan. 25. Here’s an in-depth look at the entire IHCC Hall-of-Fame Class of 2020:

Crawford was a two-year starter for the Indian Hills basketball team when the program was just starting to gain national attention. During his freshman season, Crawford averaged 14.6 points, 6.3 assists and 2.4 steals per game for a team that finished with 26 wins, the most in program history at that time.

As a sophomore, Crawford led the Warriors in scoring with 19.3 points per game average contributing 8.5 assists and 2.6 steals while being named a second-team All-American, the second IHCC player ever to earn All-American honors. Crawford had two successful seasons at Southwest Missouri State, where he led the Bears to the NCAA tournament as the team leader in scoring, assists and free throw percentage as a junior.

Crawford was first in assists and free throw percentage during his senior season at SMSU, helping the Bears reach the NIT. In two years at Southwest Missouri State, Crawford averaged 11.9 points in 57 games.

Dooley, a Centerville native, stayed close to home becoming the first football All-American at Centerville Community College when he was named a first-team defensive tackle after his sophomore campaign. Dooley was also selected to the Tri-State Conference all-conference team.

The Golden Falcons were nationally-ranked that year and finished with a 9-1 record and Dooley was chosen the team’s Most Valuable Player.

Besides shining on the gridiron, Dooley was also a member of the college’s golf team as a freshman when the squad won eight meets. Dooley would go on to redshirt in football for one year at North Texas State, then returned to the Midwest where he obtained his bachelor’s and master’s degrees at Northeast Missouri State while playing on the golf team there.

Gotay parlayed two outstanding seasons at Indian Hills into a long career in professional baseball. After arriving at IHCC from Fajardo, Puerto Rico, Gotay batted .366 as a freshman in 2000 when he also slammed seven homers, 17 doubles and drove in 35 runs.

Gotay boosted those numbers the next year, hitting .390 with 10 home runs, 46 RBIs and 13 stolen bases as a sophomore. Gotay was taken in the 32nd round of the 2001 MLB Draft by the Kansas City Royals, playing three seasons in the minor leagues before making his big league debut in 2004.

Gotay would go on to play for several Major League franchises including the New York Mets and Atlanta Braves. Gotay would also have stints in the minors as part of the Pittsburgh, Arizona, St. Louis and Florida organizations.

Gotay has been coaching since ending his playing career in 2016.

Nearly 20 years after concluding her Indian Hills career, Menke is still near the top of the all-time home run list at IHCC. Her 32 homers in two seasons ranks second and the Fort Madison product is third in RBIs, fourth in total bases and fifth in slugging percentage. Menke is also in the top ten in home runs and RBIs in a single season.

Menke played in two NJCAA national tournaments for Indian Hills teams that were 126-17 those years. As a sophomore, Menke was a first-team All-American and the team MVP.

Following her very successful IHCC career, Menke went to Southeastern Louisana, setting the school record for RBIs in a season while leading the team in homers and RBIs as a junior and in batting average, hits, home runs, runs and RBIs as a senior.

Smith excelled as a hitter and pitcher during her two years of softball at Indian Hills. Following her older sister out of West Marshall, where Smith pitched the Trojans to an extra-inning classic in the 2003 1A state softball tournament against eventual state champion Cardinal, the younger of the Smiths became a second-team All-American her first year of college and a first-team All-American choice as a sophomore.

Cindy Smith was first-team all-region selection both years at IHCC and the team MVP her sophomore campaign. The Warriors were fourth at the 2004 national tourney with Smith helping lead the team to the the highest-finish ever in program history and is the all-time leader in doubles for a single season with 34 as well as third in hits with 99.