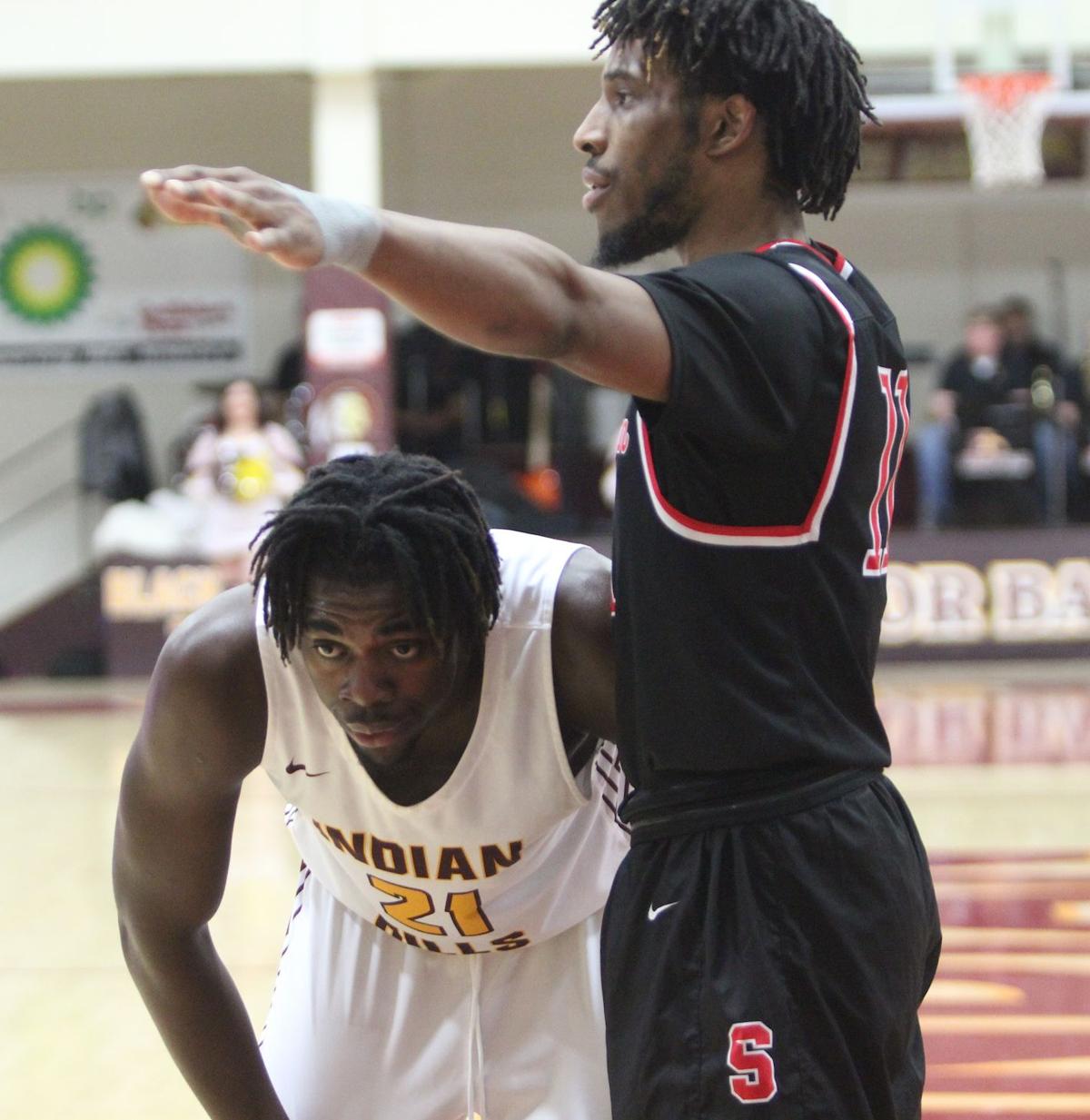 J.D. Muila (21) prepares for an inbounds pass while being defended by Southeastern sophomore Jaquan Lightfoot (11) during junior college basketball action last season at the Hellyer Student Life Center in Ottumwa. 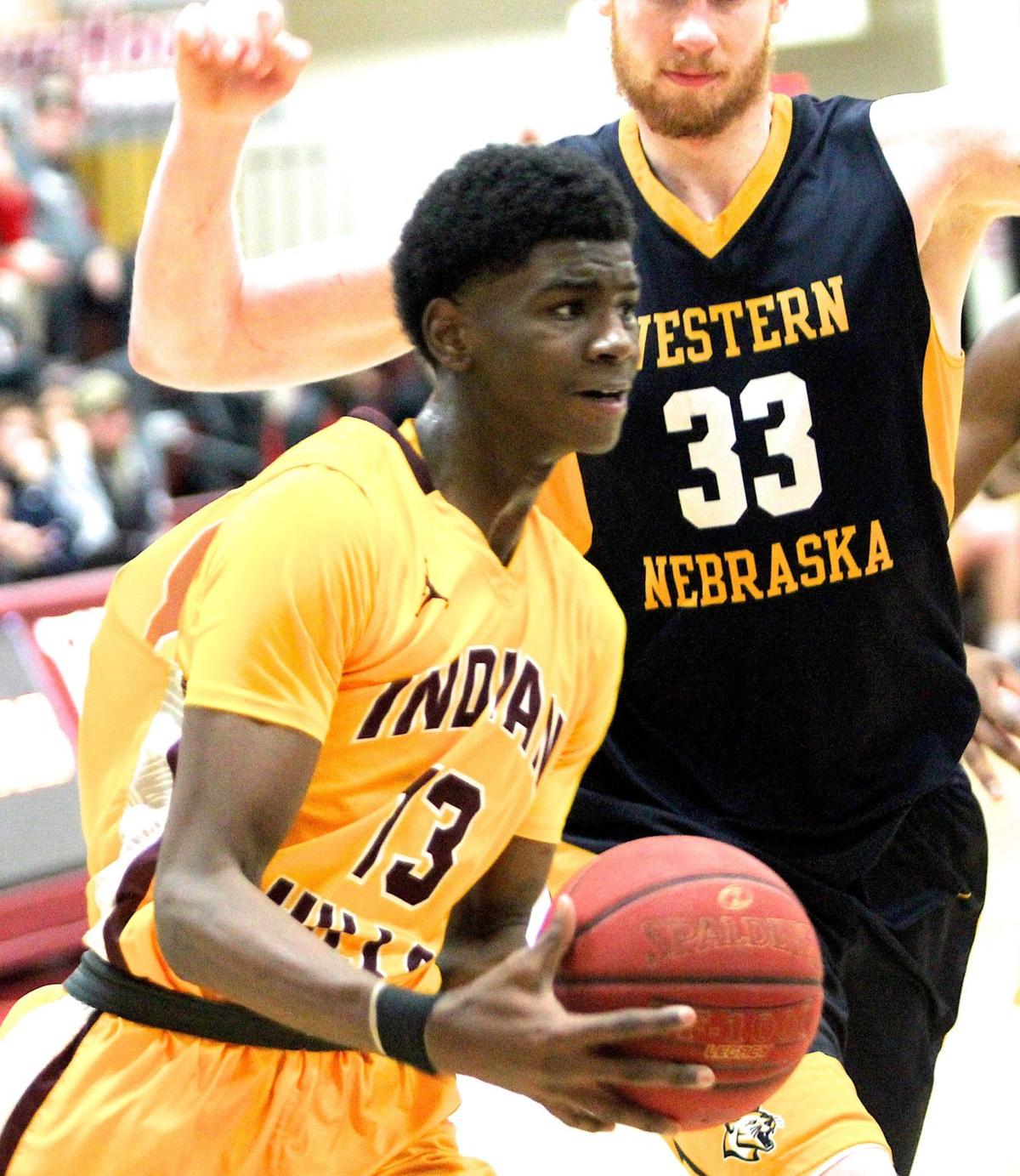 Tyon Grant-Foster drives to the basket during junior college basketball action for the Indian Hills Warriors.

J.D. Muila (21) prepares for an inbounds pass while being defended by Southeastern sophomore Jaquan Lightfoot (11) during junior college basketball action last season at the Hellyer Student Life Center in Ottumwa.

Tyon Grant-Foster drives to the basket during junior college basketball action for the Indian Hills Warriors.

OTTUMWA - Indian Hills basketball head coach Hank Plona is confident the roster he has put together for the 2019-20 season will provide a solid chance to extend two streaks the Warriors will take into the campaign. IHCC will look to win its 11th consecutive conference regular-season title and qualify for a seventh straight trip to the NJCAA national tournament.

This year's squad includes two players who were a part of last season's 27-7 team and two more who were introduced to the Indian Hills basketball tradition after arriving as NCAA Division I transfers midway through the year.

The sophomores back from a year ago are forward JD Muila and wing player Tyon Grant-Foster.

Muila was one of only two players who saw action in all 34 games in 2018-19, averaging 5.9 points and 6.9 rebounds, second-best on the Warriors. He started 27 times, also the second-highest total on the team.

Grant-Foster came on strong the second half of the season, and wound up with averages of 8.2 points and 4.4 boards. His season-high of 25 points came against Florida SouthWestern at Hutchinson.

"I am very excited about the opportunity to coach JD and Tyon one more year," Plona said. "They played a huge role on our team as freshmen and each had outstanding performances in the national tournament. They are Warriors through and through, and we expect their experience, leadership and desire to bring a national championship back to Indian Hills and be a driving force in our season."

Plona talked about his two returning sophomores, Mulia and Grant-Foster.

"JD is as good of a leader and defensive presence a coach could hope for, and Tyon has a chance to be a Warrior we remember for a long time," Plona said. "They are everything I look for in players because they are winners and leaders and I am thrilled that we have one more year together."

Dedoch Chan arrived at IHCC from Nebraska and Maurice Calloo from Oklahoma State and were with the team for about the final two months of last season. Both are off to good starts, according to Plona.

"They are frontcourt players with size that are all-around basketball players," Plona said. "They can play inside and out, score at the rim and from three, and are athletic enough to guard any position. They are great kids that understand our culture and tradition and will have great years."

Chan and Calloo, their coach says, are examples of where the game of basketball is headed – they don't have one real position because they can play anywhere on the floor.

Plona brought in a number of guys that played a lot of minutes at their respective schools last year and that should help the newcomers right from the start in the upcoming season.

The Warriors also added Drake Jeffries (Minot State) and Jacob Jackson (Otero JC), both around 6-5 and outstanding shooters who should be able to "catch fire quickly."

Also, IHCC has a potential game-changer in seven-footer Samba Kane, who played in the Big Ten at Illinois last year. Plona describes Kane as a great kid, who can "affect the game in many different ways with his size, experience and athleticism."

"Just like every year we try to find some freshmen that will play important roles their first year and then be among the best players in the country as sophomores," Plona explained. "Tyrese, Chris and Theo all have the potential to do just that. Tyrese and Chris both got a head start playing with us in Des Moines (at a summer showcase event) and they were outstanding. I am looking forward to their potential to make a big impact from the start. Theo played on a great prep school team in New York and he'll be ready to be a potential option running the team for us from day one."

These are the players IHCC fans will see when the Warriors begin the season with a home classic Nov. 1-2, hosting Pratt (Kans.) and John A. Logan (Ill.) at the Hellyer Center. The Illinois school could be a preseason top-five team with loads of talent coming to Ottumwa for the first-ever matchup with Indian Hills.