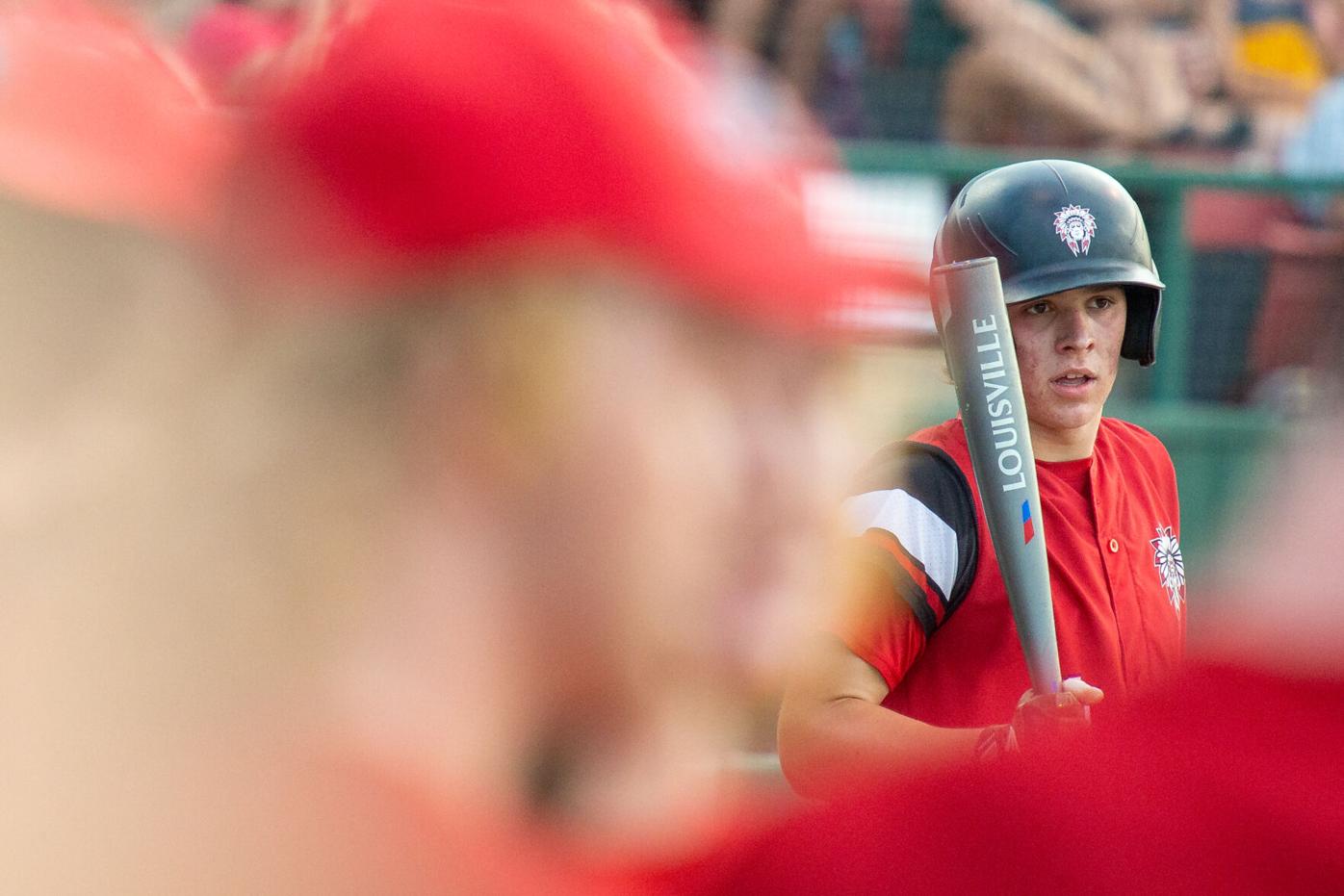 Centerville’s Walker White stands on deck during Friday’s district opener against Pella. White was 3-for-4 with three RBIs in Centerville’s 10-3 win. 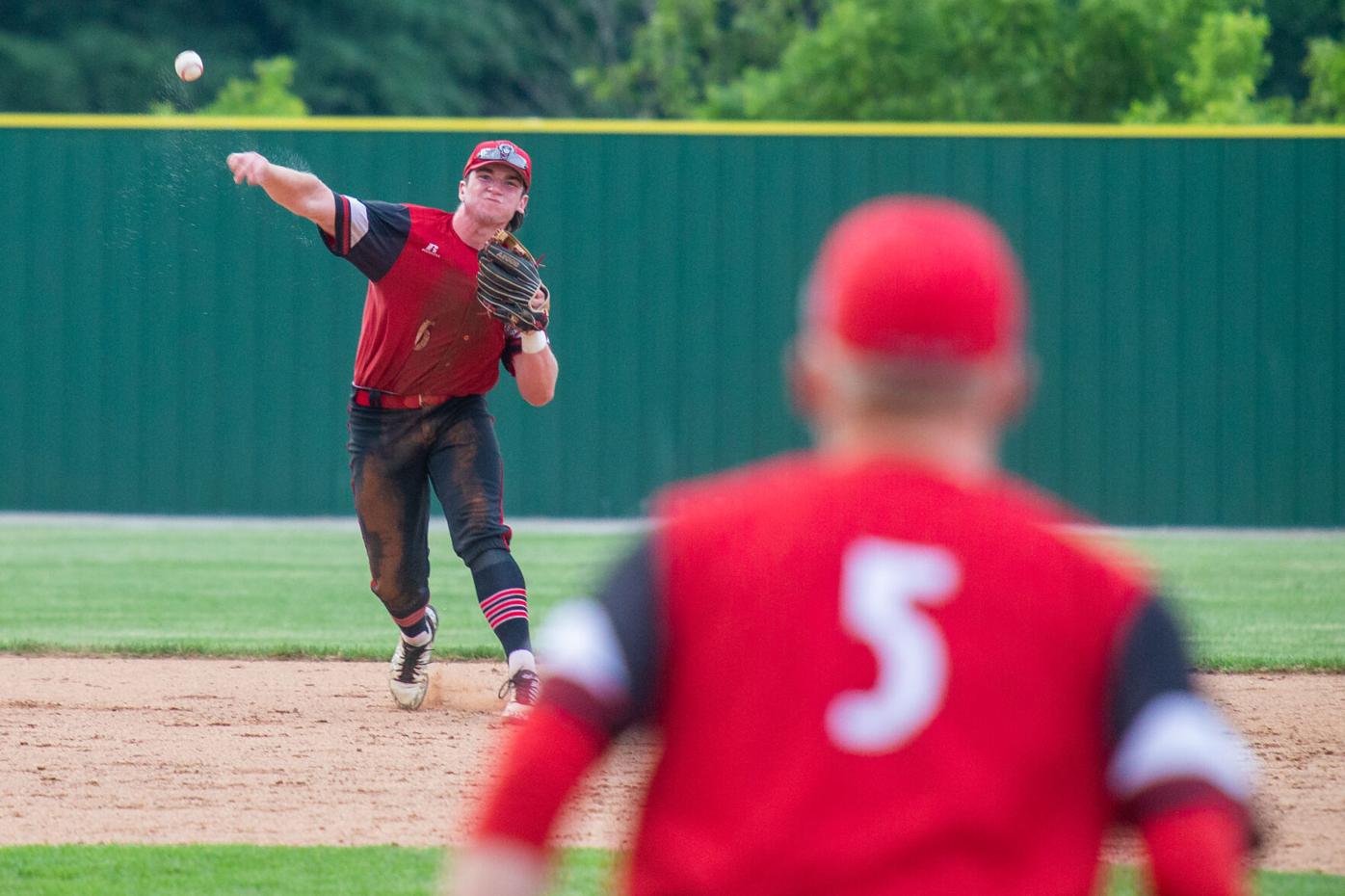 Centerville's Otis Williams throws a ball over to first baseman Merrick Mathews for a putout in Friday's postseason win over Pella. 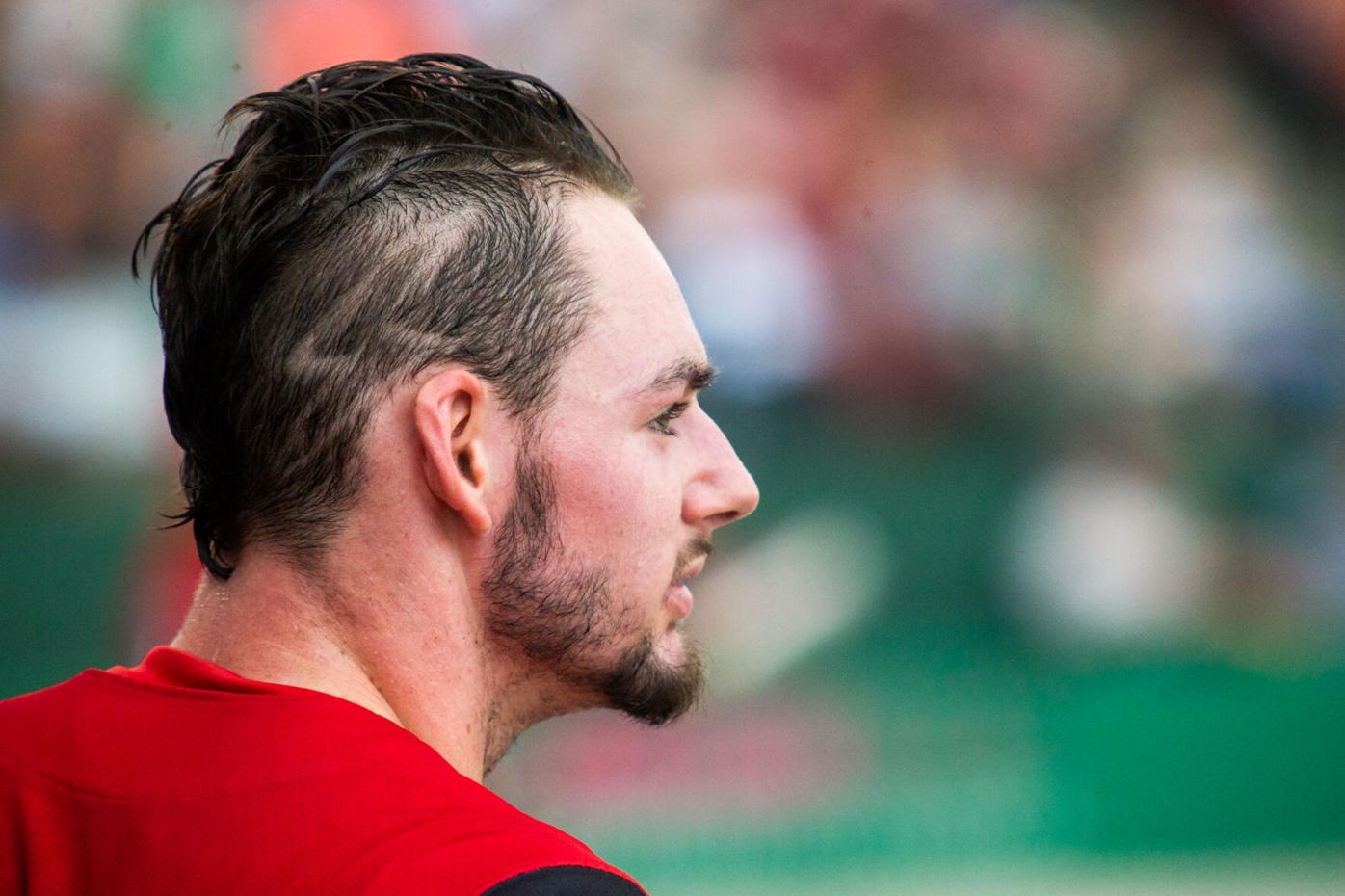 Centerville’s Walker White stands on deck during Friday’s district opener against Pella. White was 3-for-4 with three RBIs in Centerville’s 10-3 win.

Centerville's Otis Williams throws a ball over to first baseman Merrick Mathews for a putout in Friday's postseason win over Pella.

CENTERVILLE — The Centerville Big Reds scored early and often Friday as they advanced in district play, beating the Pella Dutch 10-3.

Centerville and Pella squared away in the regular season when the Dutch jumped out to an early 10-0 lead. The Big Reds would spring back to win that contest 13-12.

Then came the Centerville bats, with the Big Reds plating three runs on two singles, a double while taking advantage of a Pella error.

Brady Kauzlarich, who led the bottom of the first off with a single to the left side, would steal second, come to third on a sacrifice fly by cousin Kayden Kauzlarich, and then score on a single by McCain Oden.

Oden scored on an RBI double by designated hitter Walker White, who went 3-for-4 on the night with three RBIs.

An error by the Pella shortstop moved White to third, and he came home on a passed ball.

Pella responded by Cole Hillman drawing a two-out walk and ultimately scoring on an RBI single by Tanner Dunsbergen.

Centerville stranded two runners in the second inning but retired Pella’s 9-1-2 hitters in order to bring up the bottom of the third. There, White would reach on a one-out single, moved to second on a two-out single by Myles Clawson. An error moved White to third and then he was plated on a single by Otis Williams, making Centerville’s lead 4-1.

A quiet forth led to another three-spot placed on the board by Centerville. Kolby Micetich, Clawson and Williams all came around to score.

In the sixth, Pella brought home Nick DeJong and Mason Wittmer to try and stay close but trailed 7-3 still going into the bottom of the sixth.

Adding more insurance runs, the Big Reds tallied another three-run inning to go up 10-3. Oden, Merrick Mathews and White scored in the inning.

The final frame for Pella ended in a stranded baserunner, with a groundout and a base hit preceding back-to-back flyouts to end the game.

Centerville’s Brady Kauzlarich went 5 2/3 innings for the Big Reds, securing the post-season win with 4 strikeouts and allowing 2 hits and 4 walks. Oden came in to finish the game, throwing 1 1/3 and allowing two hits.

Centerville (11-3, 3-3 SCC) will travel to eighth-ranked Winterset on Monday for the district final. Winterset advanced Friday after the Knoxville Panthers had a positive COVID-19 test within their team and had to forfeit.

The Big Reds have spent time in the top-10 rankings this year, but were outside the top-10 in votes for the final coaches poll.

Pella ends the season with a 9-11 record.