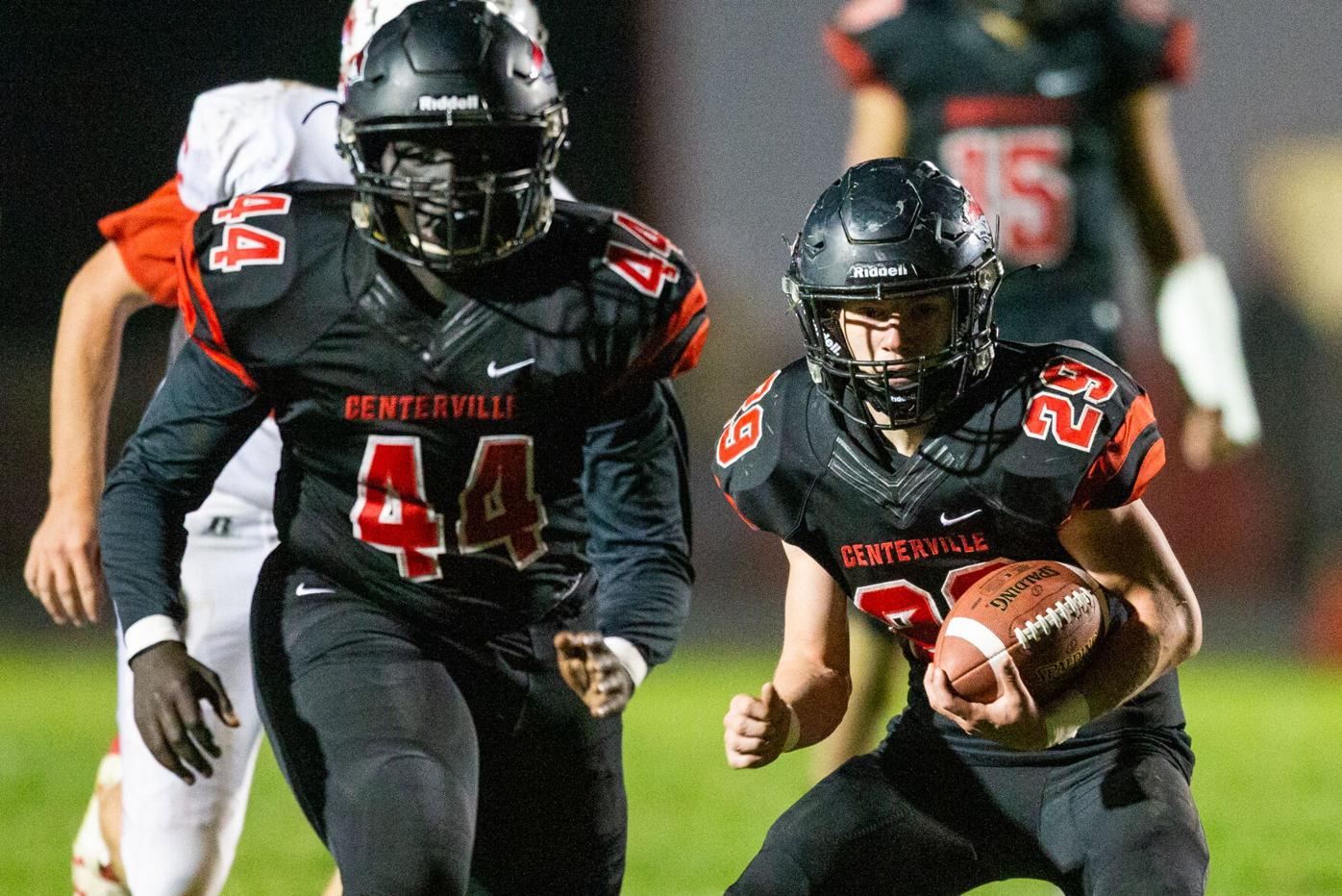 Bradly Watts, right, runs up the field in the red zone on Friday, as Centerville took on Chariton in the first round of the playoffs. 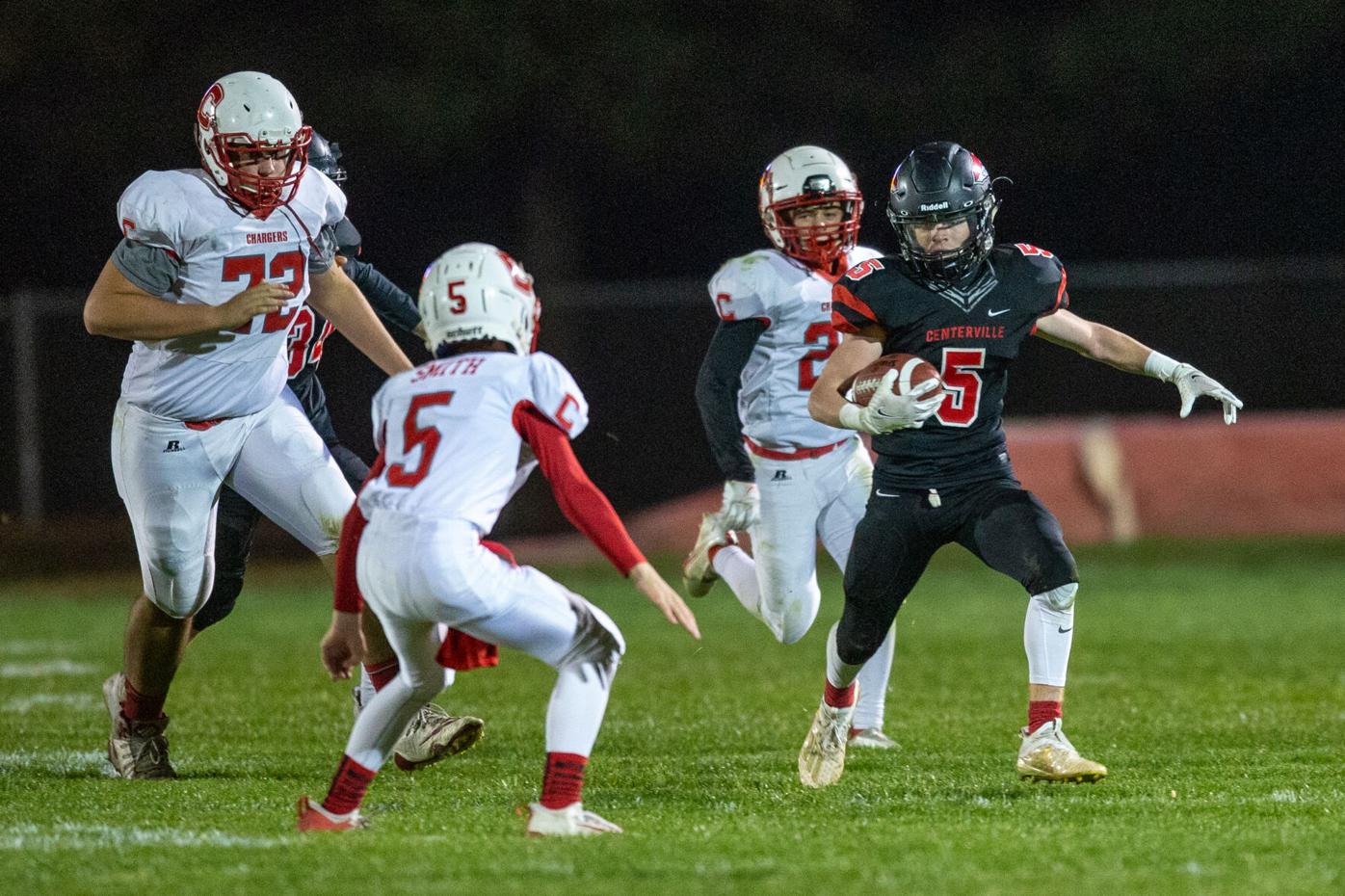 Bradly Watts, right, runs up the field in the red zone on Friday, as Centerville took on Chariton in the first round of the playoffs.

To close the regular season last week, Centerville traveled to Chariton. As the postseason opened around the state on Friday, it was Chariton's turn to travel to Centerville. The result was similar.

On Friday, Centerville took just 50 seconds to grab the lead against the Chargers. They never relinquished it, ultimately winning 54-14. While this year's playoffs are expanded to include all teams instead of just those who qualify, Friday was technically the first post-season football win for Centerville since 2009.

To start the game, Chariton attempted an on-side kick, but it didn't go 10 yards. Centerville began their first possession on the Chariton 47-yard-line. They needed just three plays to score, thanks to a 33-yard reception from Kellen Johnson to Mason Bauman. That play set up a 14-yard run for a touchdown by Johnson and sent Centerville ahead 7-0 after the PAT kick.

Centerville's Sawyer Wardlow, playing through a wrist injury, scored on an 18-yard touchdown run from the quarterback position.

To open the second quarter, Chariton scored with a touchdown pass, making to score 14-7. The Big Reds would close out the half, however, with two more scores.

Otis Williams intercepted a pass to give Centerville good field position. Johnson would score with a 12-yard run.

With 39 seconds left in the first half, Wardlow scored on a two-yard run to take a 27-7 lead into the locker room.

In the second half, Johnson, Watts and Sam Hash had touchdown runs, and Wardlow completed a touchdown pass to Kade Mosley to finish Centerville's scoring.

Centerville (5-3) will travel to West Marshall, State Center (6-1) next Friday in the second round of the playoffs.