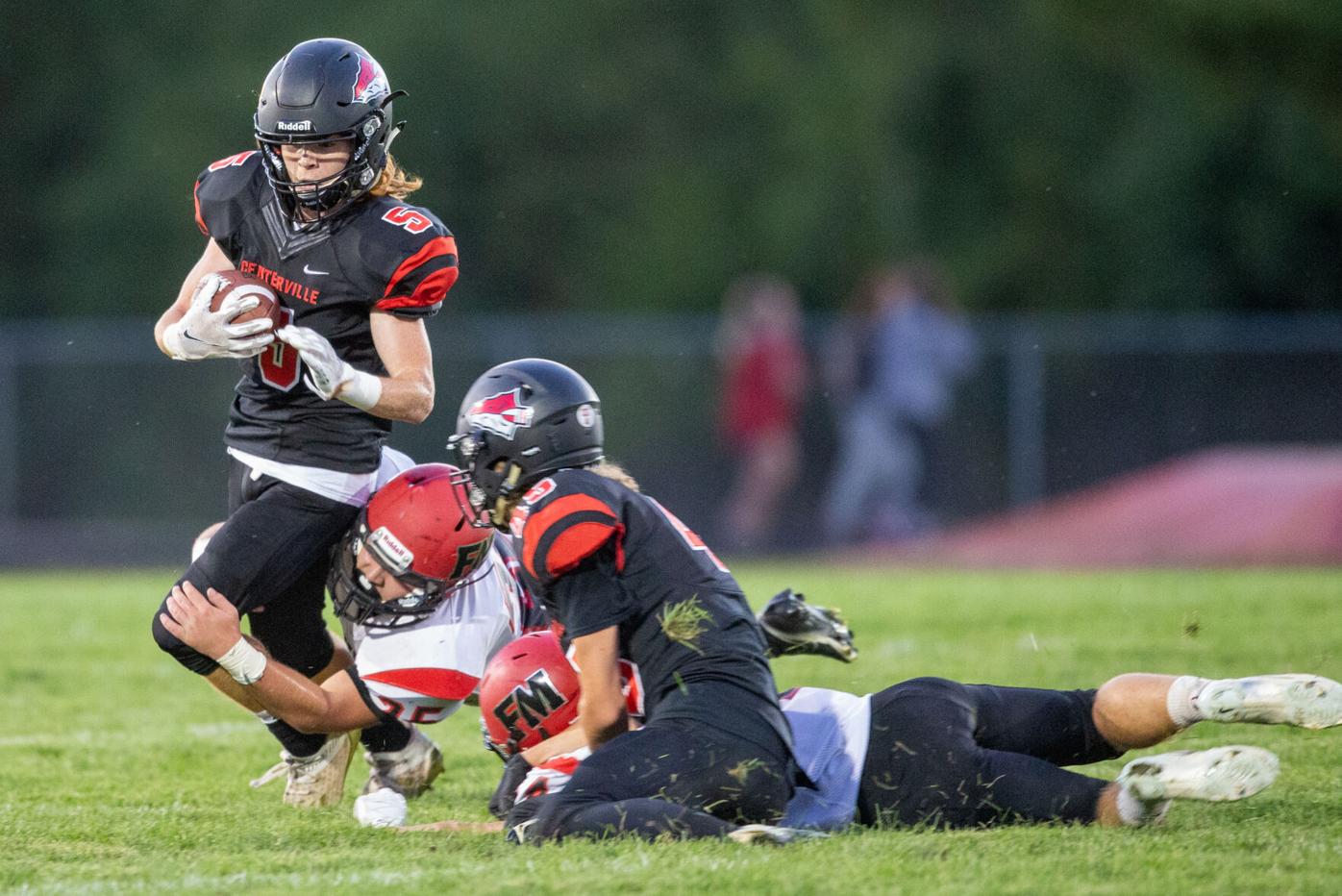 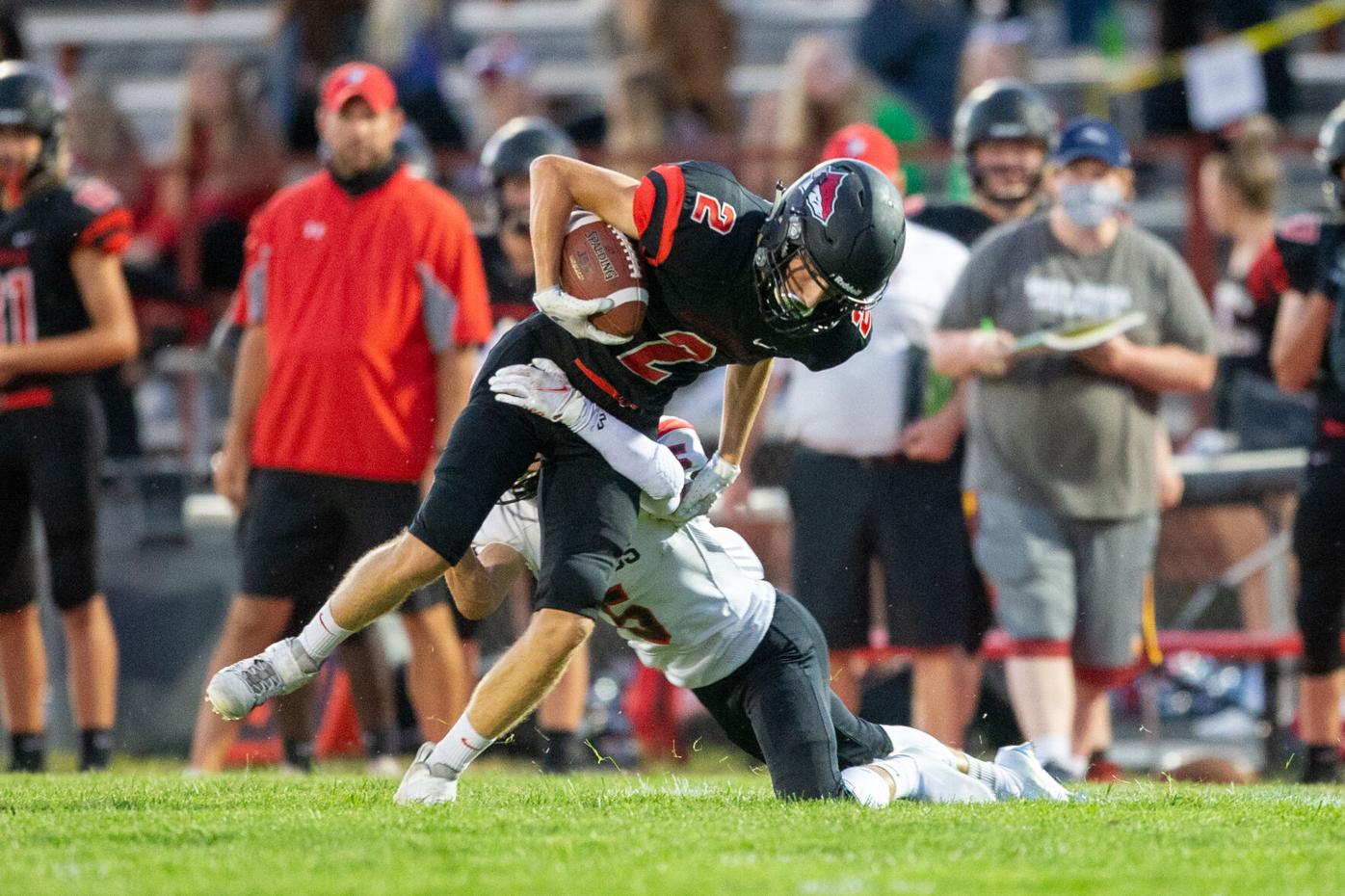 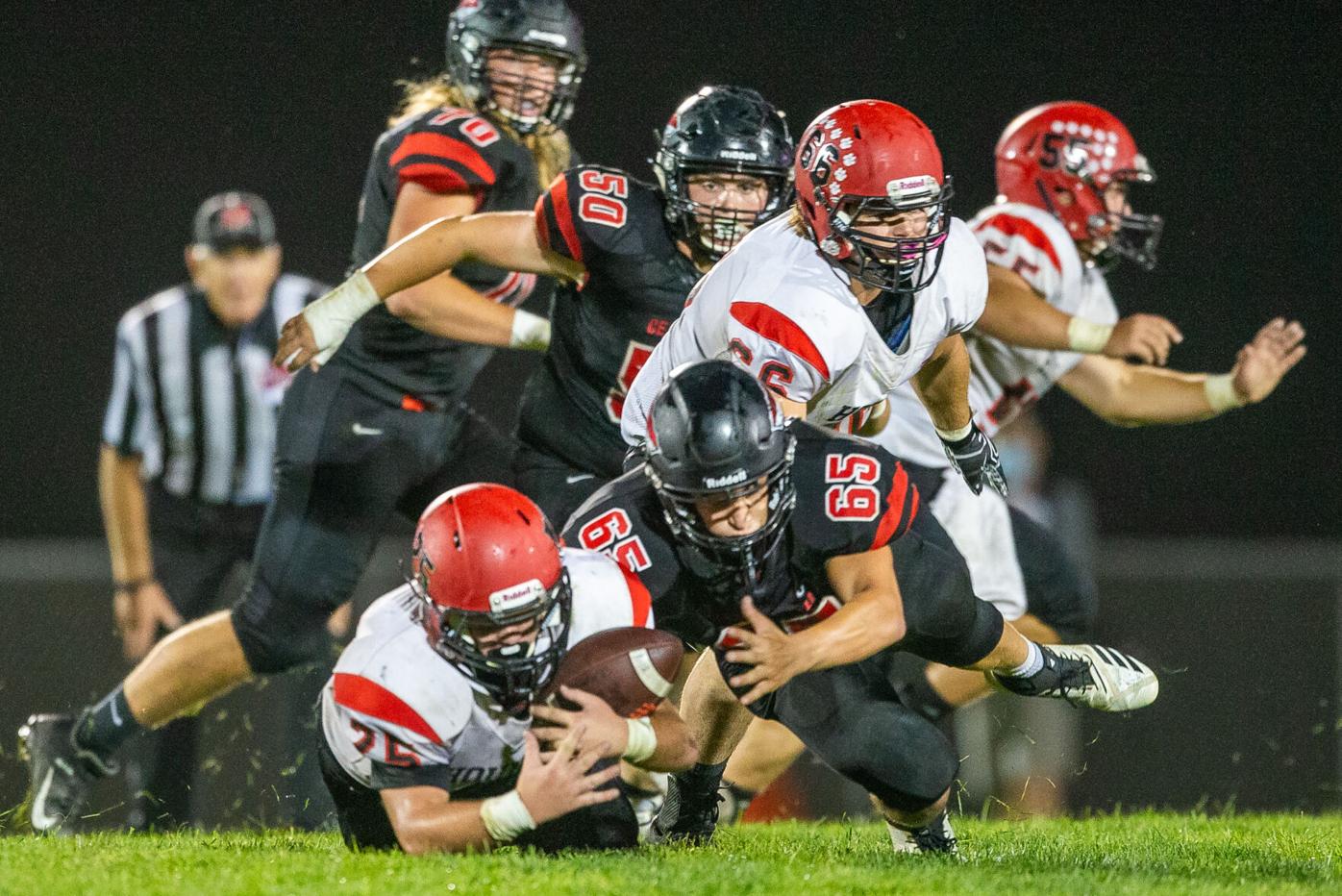 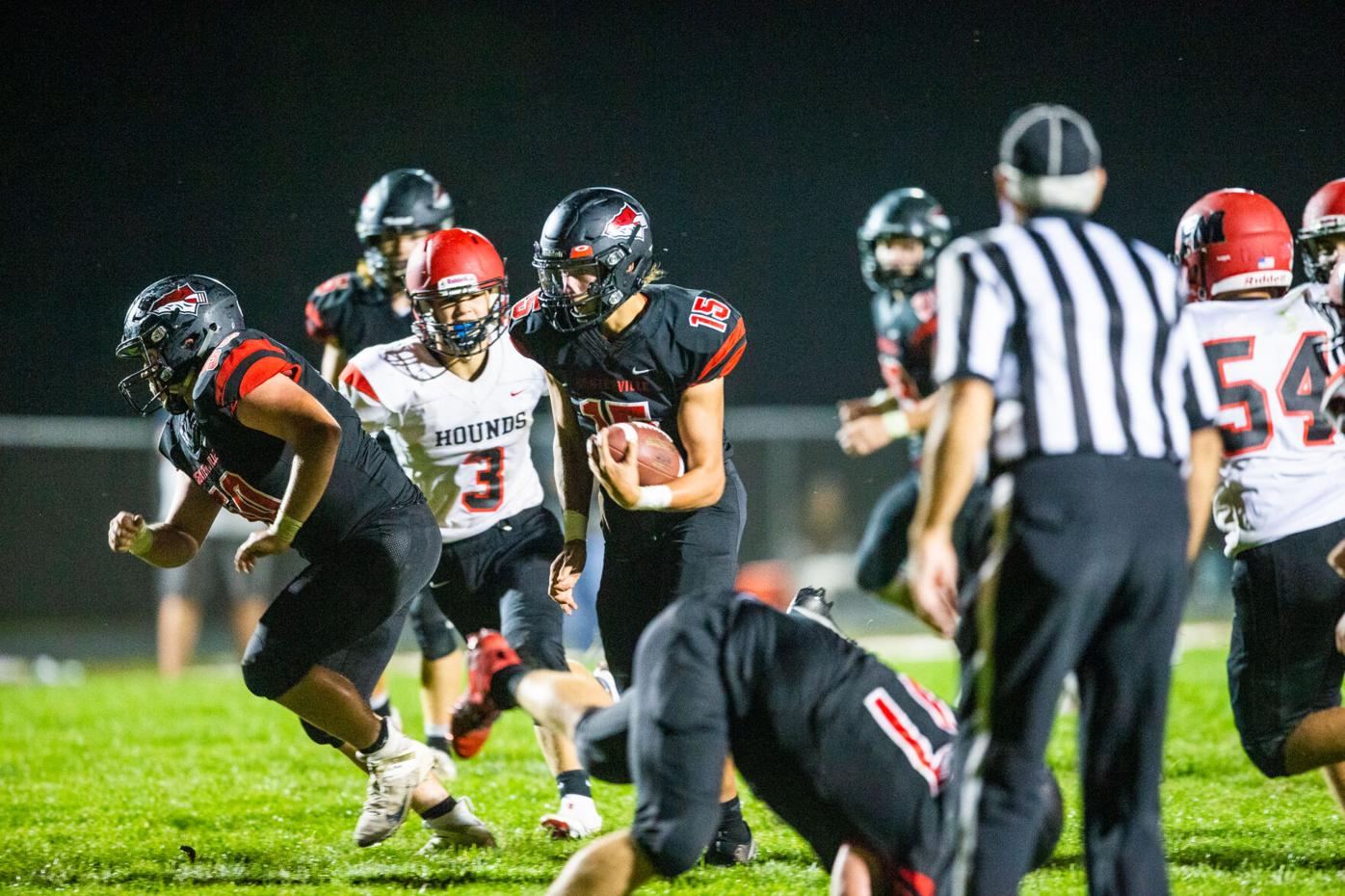 Centerville’s Sawyer Wardlow (15) runs for a touchdown during a high school football game between the Centerville Big Reds and Fort Madison Bloodhounds at Paul Johnson Field in Centerville, Friday, Sept. 4, 2020.

Centerville’s Sawyer Wardlow (15) runs for a touchdown during a high school football game between the Centerville Big Reds and Fort Madison Bloodhounds at Paul Johnson Field in Centerville, Friday, Sept. 4, 2020.

The Fort Madison Bloodhounds’ defense scored three times, propelling them to a 28-12 victory Friday and hand the Big Reds their second loss in as many weeks.

Fort Madison’s Calem Maclearn disturbed another otherwise uneventful start to the game with 2:11 left in the first quarter. He would intercept a pass and return it 75 yards for the score, giving Fort Madison a 7-0 advantage.

The Bloodhounds would pick off another pass, but the Big Reds defense stepped up to force a fumble and recover it. That gave Centerville good starting position on the Fort Madison 24-yard-line.

Centerville’s Sawyer Wardlow would ultimately cap the ensuing drive with a four-yard touchdown run, but the point-after kick was blocked preventing the Big Reds from evening the score.

The Bloodhounds would expand their lead with a five-yard touchdown run by Landes Williams, and a PAT kick to go ahead 14-6.

Then came Fort Madison’s second defensive score of the game — a scoop and score from Bryce Britton. The extra point put Fort Madison ahead 21-6 with 5:49 to play in the half.

The scoring wasn’t over, the Bloodhounds deflated Centerville again with another pick six, this time Will Larson intercepting the pass and returning it 26 yards for a touchdown. That gave Fort Madison a 28-6 lead over Centerville going into the half.

Wardlow would score after a quick no-huddle drive in the fourth quarter from 20 yards out, putting the score at 28-12.

Centerville (0-2) will hope to gain confidence next week as they host Saydel to open district action.