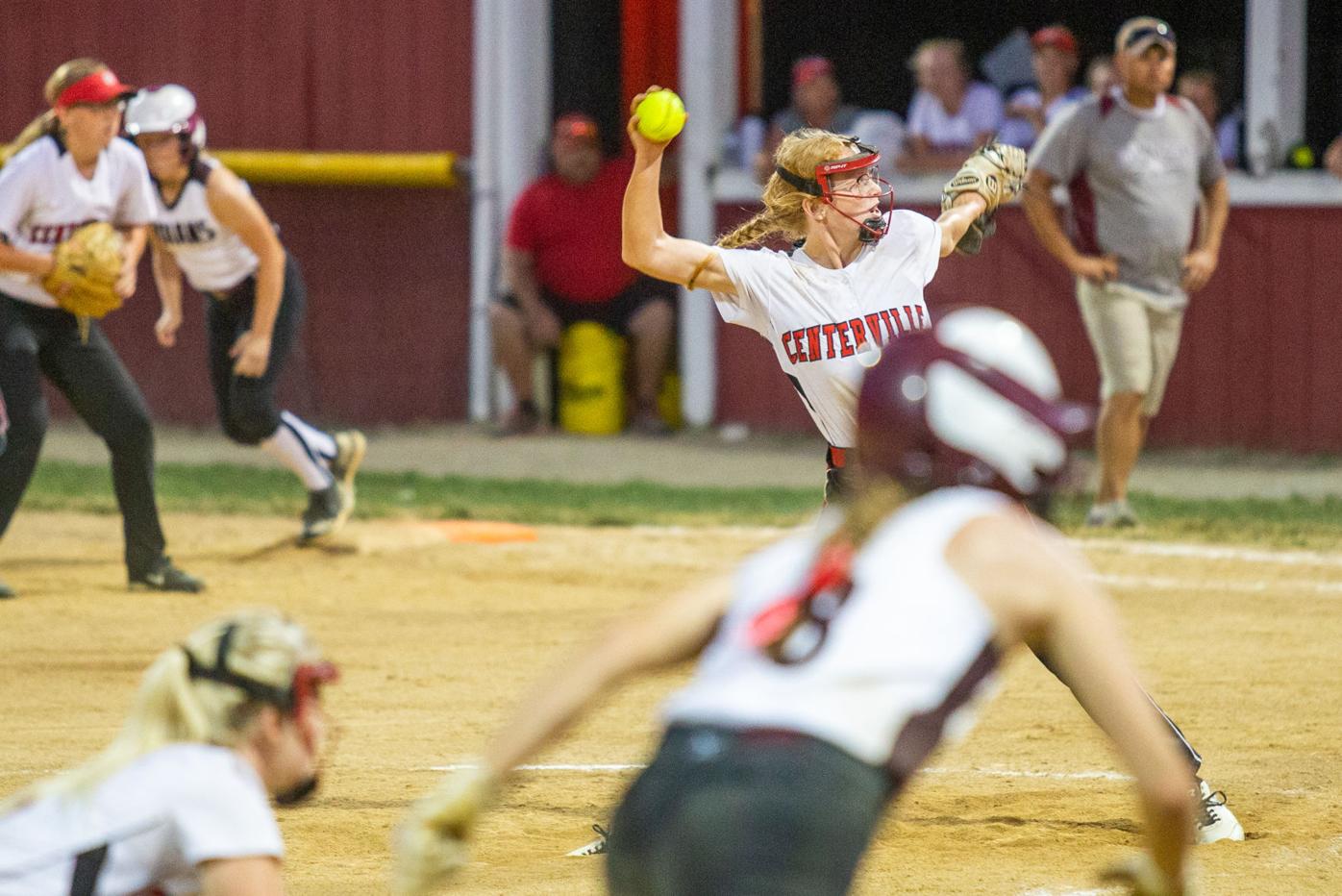 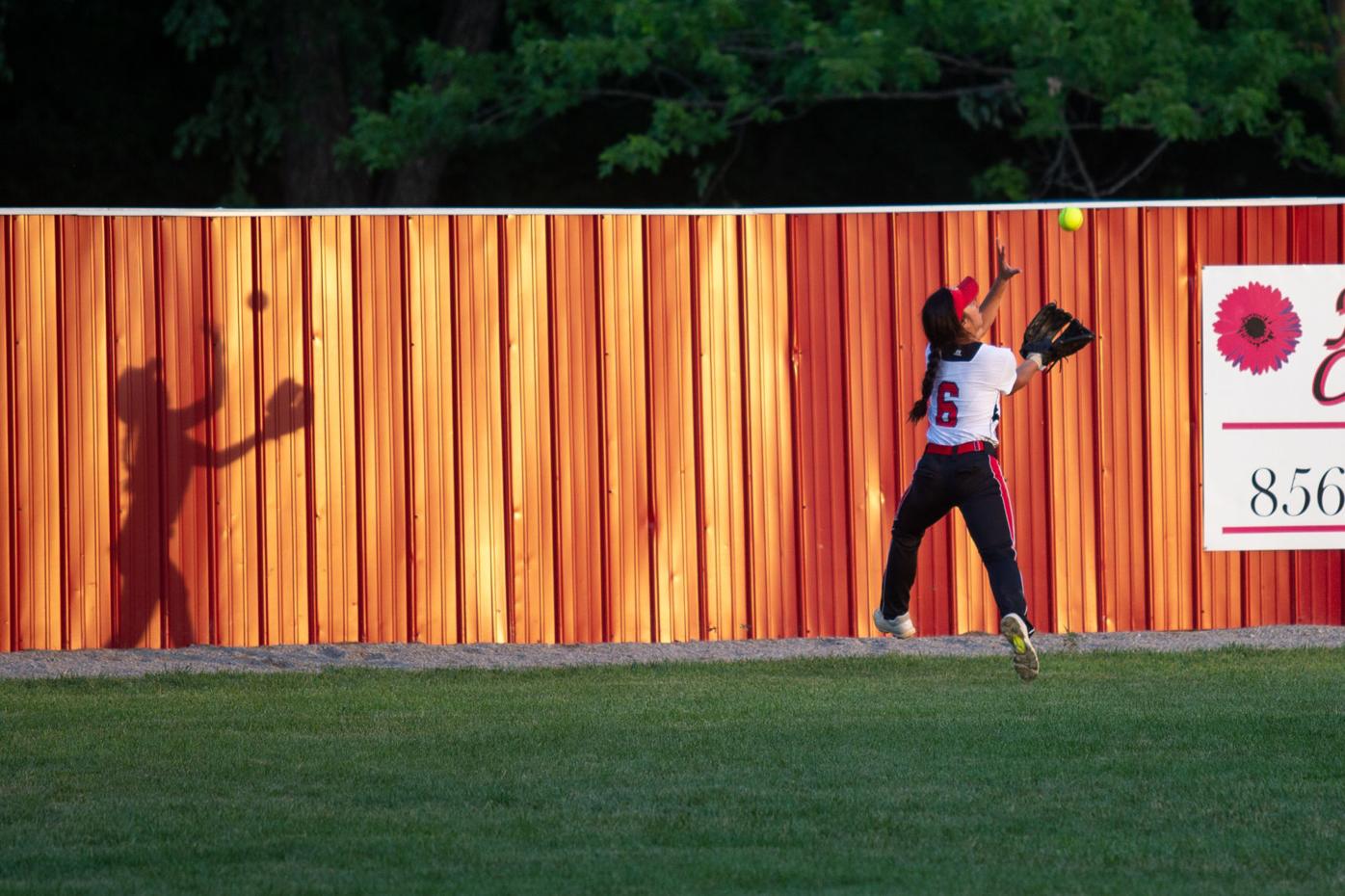 Ysabella Berja catches a line drive near the centerfield wall on Friday.

Ysabella Berja catches a line drive near the centerfield wall on Friday.

CENTERVILLE — The Centerville Redettes held an early lead as they battled against their second ranked opponent in as many nights Friday.

They moved out to a 3-0 lead after two innings of play against the No. 8 (4-A) Oskaloosa Indians. The Indians would chip one run back in the third, but put together a four-run sixth inning to take a late lead. They would hang on for the 5-3 win.

The Indians had back to back one-out singles to start the first inning but stranded the runners at second and third.

Centerville would start rattling the bats with two outs in the bottom half of the first inning, with two doubles and single that together plated Claire Mathews and Taylor Shinn.

After the Indians stranded another base runner in the second inning, the Redettes’ Laine Moorman would draw a leadoff walk and eventually score on an RBI single by Ysabella Berja to give Centerville a 3-0 advantage.

A leadoff single by Meghan Moorman in the third inning would get the Indians started. A one-out double by Ava Vande Wall would plate Meghan Moorman, and move Oskaloosa closer.

In the sixth, the Indians made their move with a one-out double, followed by a single and a bunt single to load the bases.

The sophomore pitcher DeRonde, after entering the game in the fifth inning, shut down the Redettes late. She retired the first two batteries she faced in the fifth. Then DeRonde sat down six of the Redettes’ last seven batters in the sixth and seventh innings to secure the victory.

The Indians tallied 10 hits in the triumph. Four players had two-hit nights: DeRonde, Meghan Moorman, Wills, and Vande Wall. Gordon and Walker each tallied one hit on the night. None of the Indians struck out Friday, with every batter reaching base safely or at least making contact.

Centerville sluggers claimed seven hits on the night. Mathews and Shinn had two-hit nights while Berja, Alyssa McElvain and Kiera Klum rounded out the Redette offense.