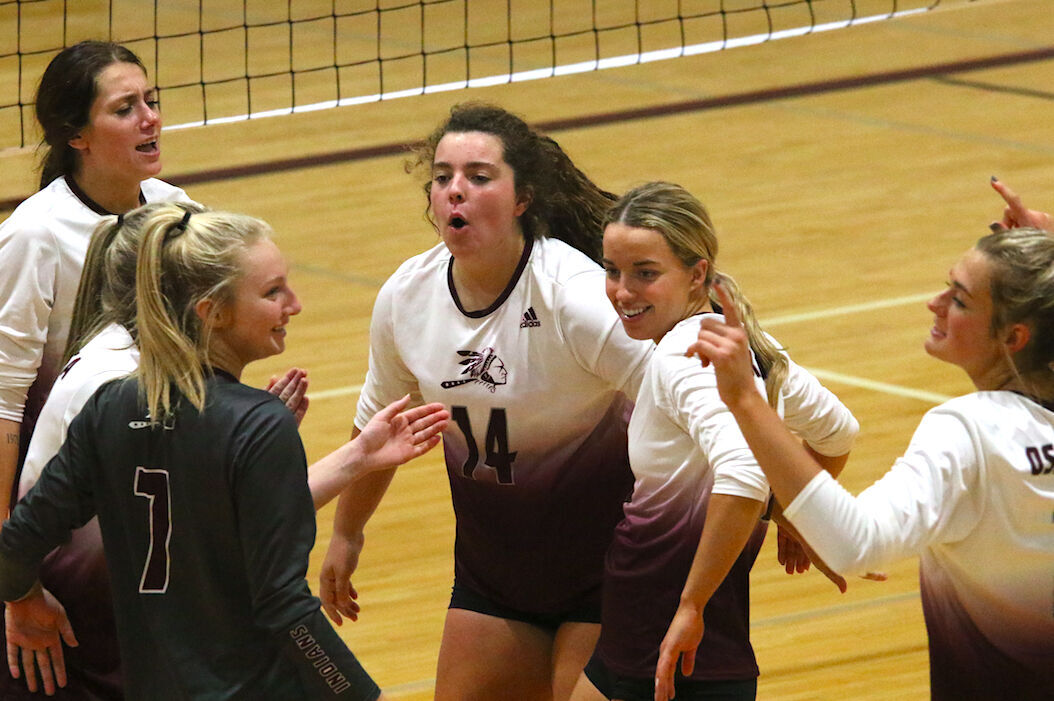 Oskaloosa celebrates during their home tournament. The Indians went a perfect 5-0. 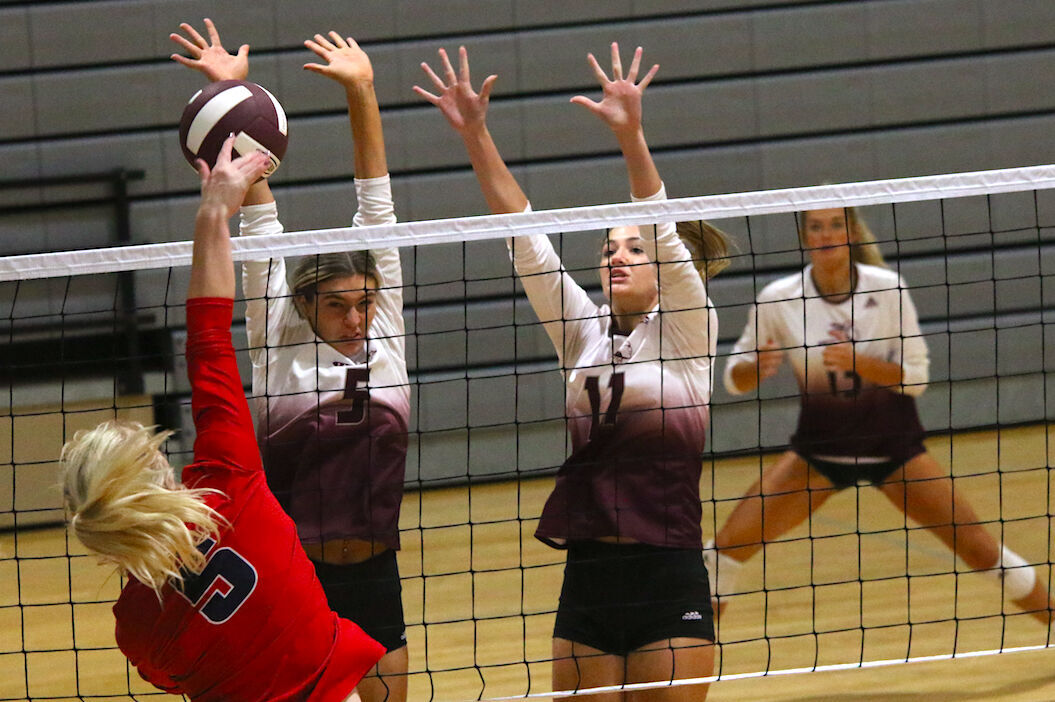 Oskaloosa celebrates during their home tournament. The Indians went a perfect 5-0.

OSKALOOSA — Not that they needed any more confidence at this point of the season with a six-ranked squad on the cusp of a conference title and a top seed in their regional, but Oskaloosa took care of business on Saturday at their home tournament by dominating their way to a perfect 5-0 record and a title without dropping a single set.

“It's not necessarily a confidence builder at this point, but just bringing the aspect back of having fun,” Oskaloosa head coach Jennifer Comfort said. “I think the girls did a really good job of that and I thought they competed and played at our level. I thought that everybody contributed and that's one thing that we really tried to emphasize as the day went so I was pleased with the wins and I was pleased with how we played.”

The Indians were clicking all day especially with their offense as they finished with a .391 kill efficiency. Faith DeRonde led with 61 kills while Maleah Walker was next with 21 kills. Olivia Gordon had 72 assists while Presley Blommers added 21 assists of her own. Passing was one of the high points for Osky on the day.

“I mentioned in one of the huddles I said our passers look really well today and the setters were like ‘yes they do,’ so it was nice to see,” Comfort said. “We were able to run a lot of things that we wanted to because we executed at that level and when our serving is tough and our passing is really on point where it needs to be, I think we become very tough to stop. I also can tell that we're really focused on our execution level when those things happen as well, so I was pleased with that for sure.”

Serving was also very sharp for Oskaloosa as they finished 178-of-205 (86.8%) with 42 aces. Gordon tallied 12 of those aces while Lucy Roach had eight, DeRonde had seven and Macie Krier chipped in five. Roach also led the defense with 26 digs.

This week is shaping up to be a big one for Oskaloosa. The Little Hawkeye Conference title is on the line with Osky, Pella and Indianola all tied at 5-1. If all three win their final game, then Oskaloosa would win the tie-breaker and bring home the regular season title. But a win doesn’t guarantee them the title. Even if they win, if Indianola loses to Norwalk on Tuesday, then the tie-breaker would go to Pella due to their head-to-head matchup.

After figuring out the regular season conference results, Oskaloosa heads to Grinnell for the conference tournament with regionals starting up next week as well. What are the keys for the Indians as they approach the home stretch of the season?

Colin Peters can be reached at 641-672-2581, by email at cpeters@oskyherald.com or on Twitter @ColinPetersOH.