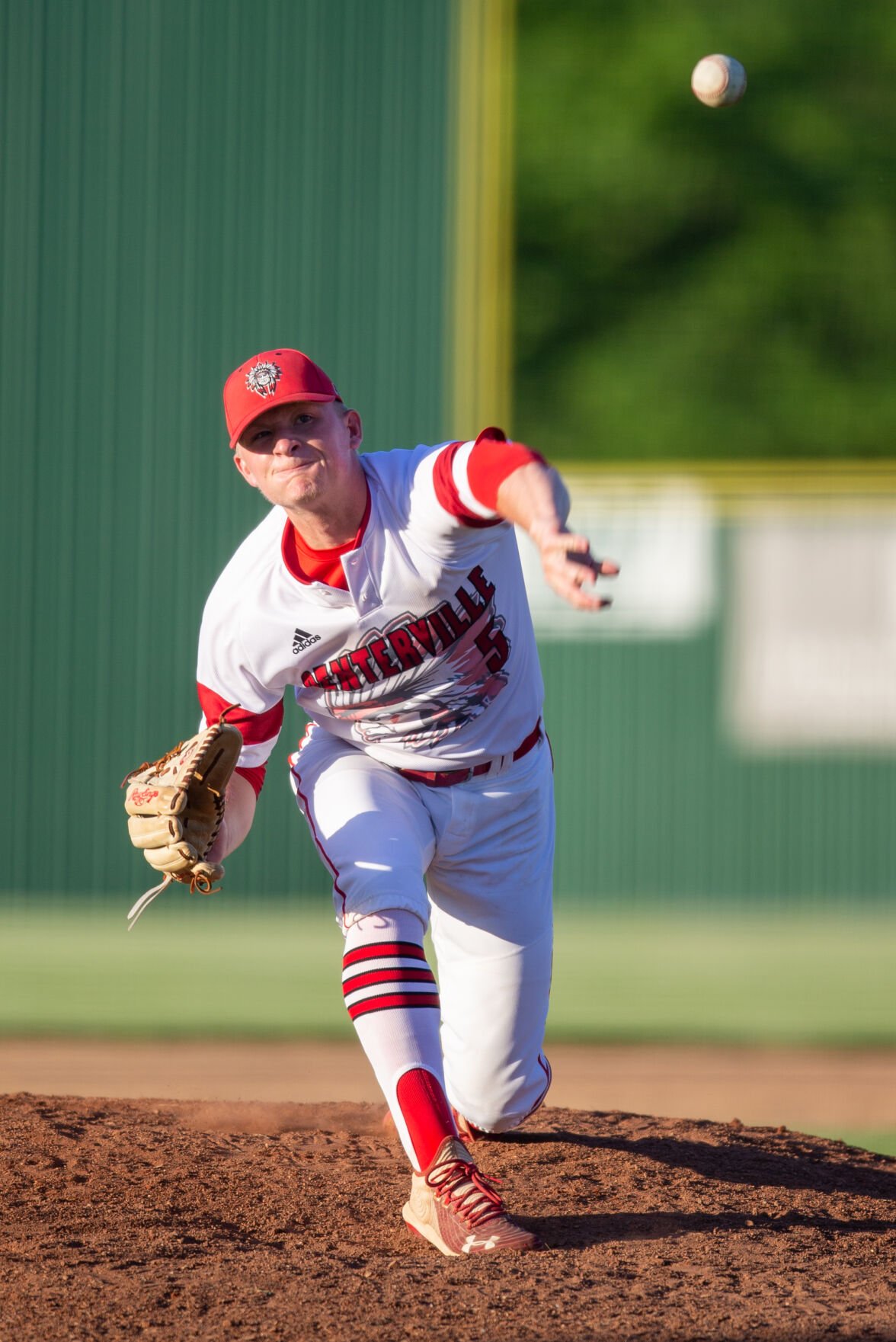 Centerville's Merrick Mathews throws a pitch to the plate during Friday's game against Knoxville. 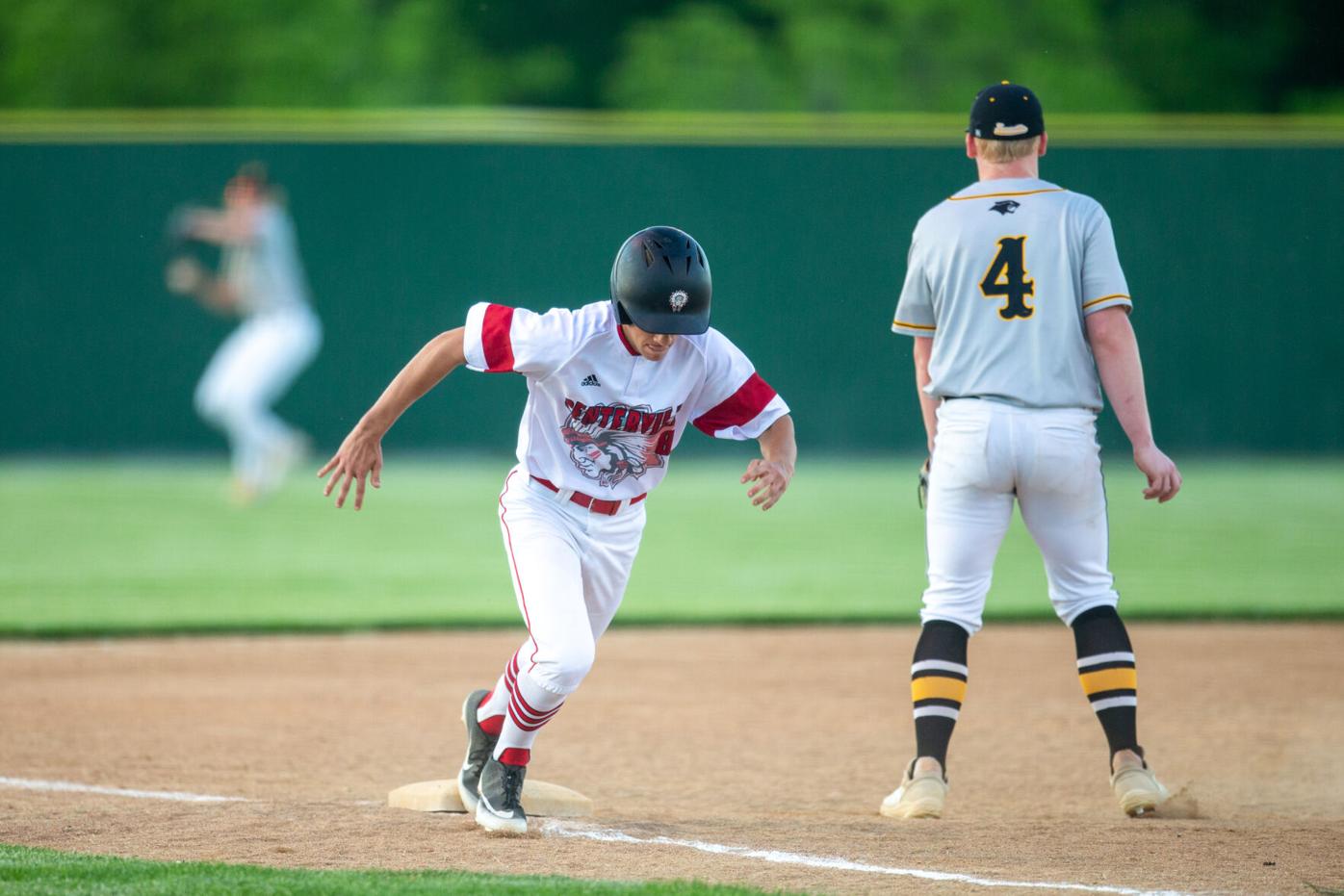 Centerville's Drennan Moorman tags up to score from third on a flyball to left field.

Centerville's Merrick Mathews throws a pitch to the plate during Friday's game against Knoxville.

Centerville's Drennan Moorman tags up to score from third on a flyball to left field.

CENTERVILLE — A seven run first inning seemingly put the Centerville Big Reds out to a comfortable lead Friday. But a mid-game charge by the Knoxville Panthers made things interesting.

The Big Reds put up a 15-8 victory on Friday over Knoxville, to stay a perfect 6-0 in South Central Conference play. Centerville starter Merrick Mathews retired the first 12 batters he faced as his Big Reds gave him a 9-0 lead after four innings of play.

Knoxville would plate three in the fifth after loading the bases, though Centerville answered with one to make the score 10-3.

In the sixth, the Panthers rallied for four more runs, getting within striking distance of the Big Reds. A sixth inning rally by Centerville would all but put the game away, however, as they scored five runs.

Pitching in relief, Korey Shondel gave up two leadoff walks before settling in to sit down the next three Panthers with two strikeouts and a groundout.

The win improves Centerville to 6-1 on the young season, their lone loss to Carlisle in non-conference play by a 7-6 score.