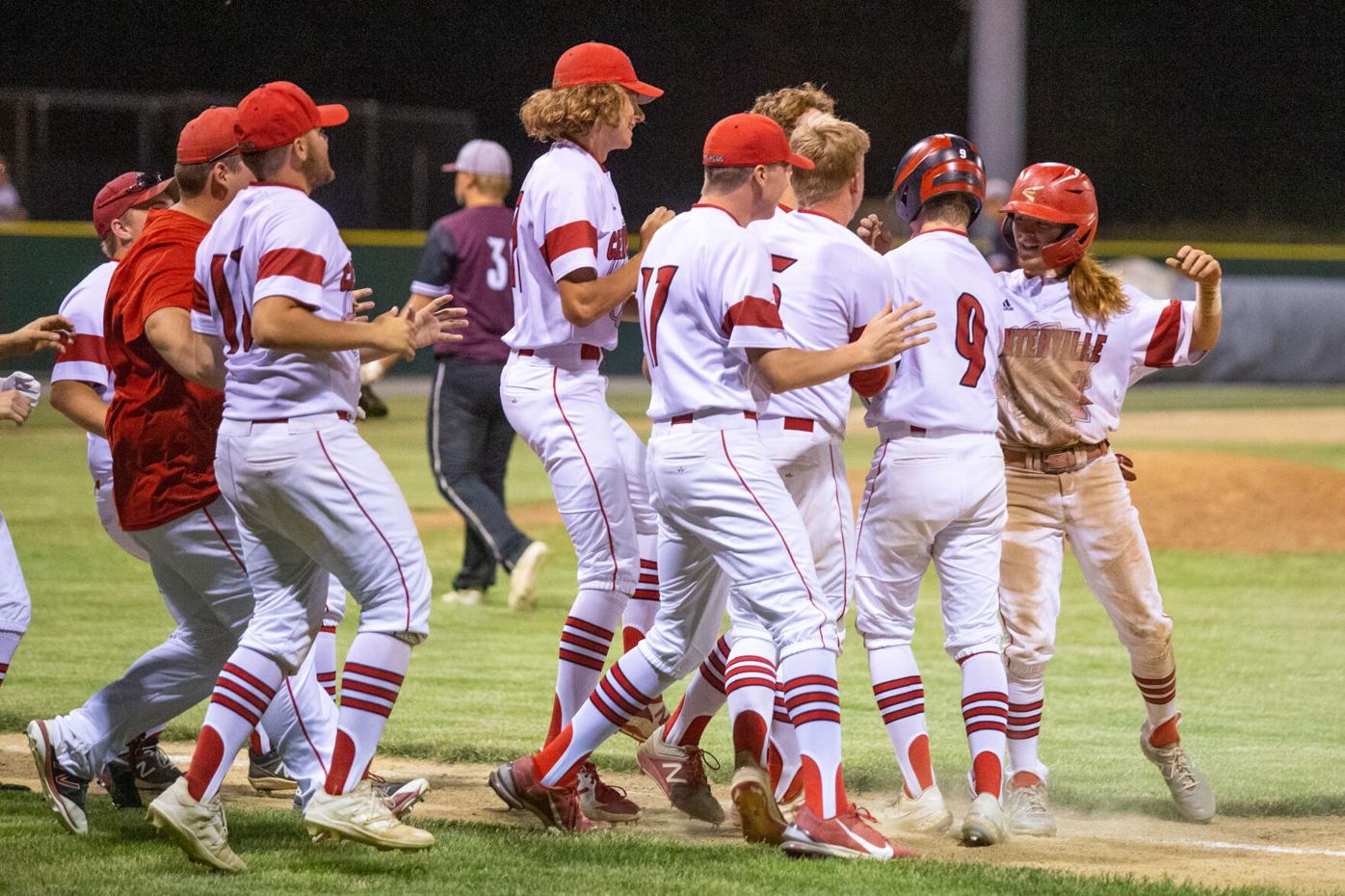 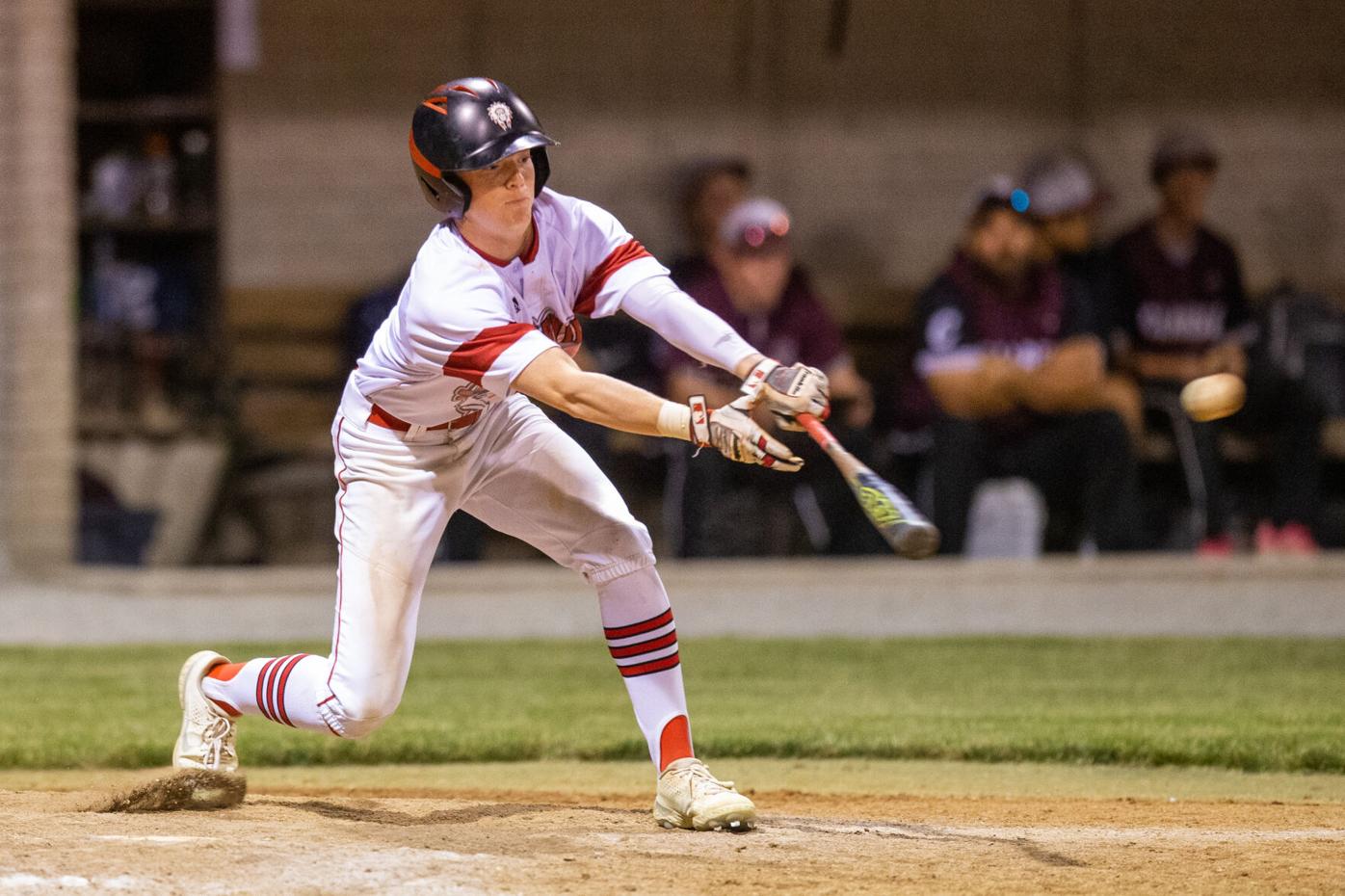 Centerville Big Reds senior Kellen Johnson (9) outs the ball in play during the ninth inning Tuesday night, bringing in Kade Mosley with the winning run to clinch a 2-1 win over the Clarke Indians at Pat Daugherty Field in Centerville. 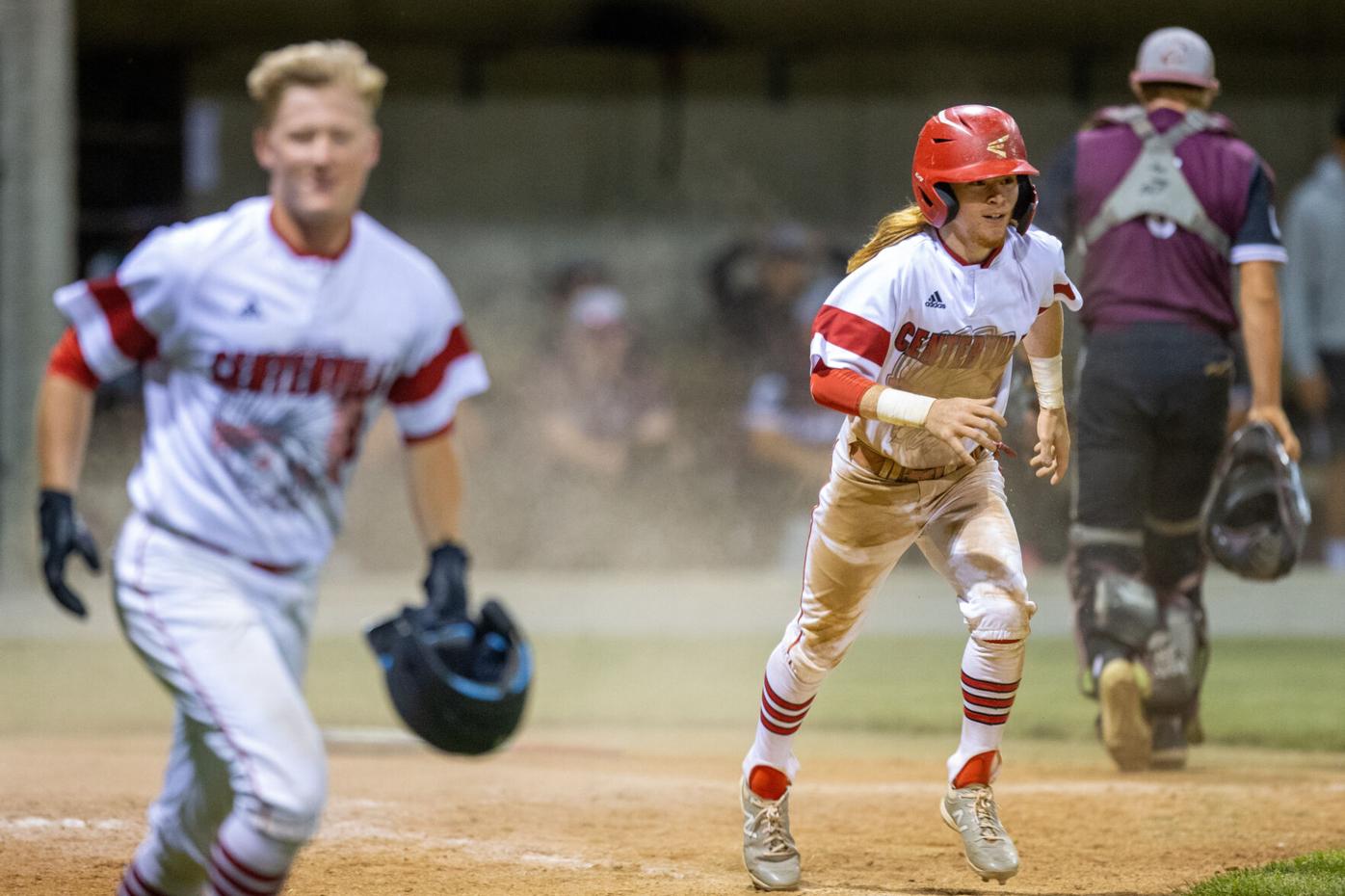 Centerville Big Reds senior Kellen Johnson (9) outs the ball in play during the ninth inning Tuesday night, bringing in Kade Mosley with the winning run to clinch a 2-1 win over the Clarke Indians at Pat Daugherty Field in Centerville.

CENTERVILLE — Executing in high-leverage moments separate the good teams from the rest. And after a walk-off 2-1 win over Clarke on Tuesday, the Big Reds walked off their home field with boosted confidence in each other, a valuable trait come post-season time.

Centerville head coach Ryan Hodges said one-run games and moments filled with pressure help teams find out who can be trusted in game-changing moments. The Big Reds found out they can hang on Tuesday. Hodges said the biggest piece for Centerville going forward is staying level-headed, especially on a night where the Indians and Big Reds were tied 1-1 heading into the eighth with six hits each.

"These are the games you want to be in at the end of the year," Hodges said. "To be able to build trust amongst our guys and let them know, 'Hey, anytime your number could be called in a game like this' and late in the season that's huge to have."

The trust came through in the bottom of the ninth for Centerville, with two straight outs putting the Big Reds in a spot to extend the game into 10 innings. But with two gone, Kade Mosley and Brady Kauzlarich drew back-to-back walks. Kellen Johnson stepped into the batter's box. The senior swung on a 2-1 count, sending a shot back up the middle, but the Indians' shortstop attempted to make a throw to first. No dice.

Centerville stormed out of the dugout to celebrate the nail-biting victory at first base, with Johnson screaming with excitement as his team won its 13th game of the season and 12th in the South Central over a conference rival.

"I didn't even know what happened right after if I'm being honest," Johnson said. "I think I might have stepped on some peoples' feet so hopefully we're all good."

Johnson is one of 10 Centerville hitters with at least 10 RBIs on the season, a stat that Johnson said shows how balanced their attack can be. And on a night where late-game heroics were needed, that confidence in each other in crunch-time is only growing stronger going forward.

"Staying poised was a big thing for us tonight. We've had high-pressure games this season and we were able to stick with it and battle to the end," Johnson said.

Centerville was coming off a SCC doubleheader sweep at Davis County on Monday night, winning 15-5 in game one and 14-8 in game two at the West Complex.

The Big Reds will travel to Knoxville to face the Panthers in a crucial South Central double-header on Thursday. Clarke drops to 11-10 on the season and will head to Davis County for a double-header of their own on Thursday against the Mustangs, who were rained out on Tuesday at Albia.

Brody Tuttle had run-scoring hits during each of Centerville's seven-run rallies against the Mustangs. Tuttle drove in two runs with a single to left in the third inning of the opening game, giving Centerville a 6-2 lead, before lining to left with the bases loaded in the fourth inning of game two, putting the Big Reds up 9-7.

Sylar Esias drove in two runs with a single to left in the fourth inning of game two, doubling Centerville's 9-7 lead. Mathews and Kellen Johnson both delivered RBI hits to close out the fourth, putting the Big Reds up 14-7.

Brady Kauzlarich closed out Centerville's first seven-run rally, clearing the bases with two outs in the third to put the Big Reds ahead 9-2 in game one. Mosley added a two-run single in the sixth inning, kicking off the five-run rally that helped Centerville close out the opening game against Davis County (9-11, 6-6 SCC) early.

Hodges said Tuesday's walk-off was a turning point in how the Big Reds approached do-or-die moments. In the past, he's seen them feel the pressure. On Tuesday, they rose to the occasion and stuck together.

"Earlier in the season we played a little tight and might have forced the issue and make some mistakes on defense and other things," Hodges said. "If we just relax and trust ourselves in moments like [Tuesday] we'll be fine."