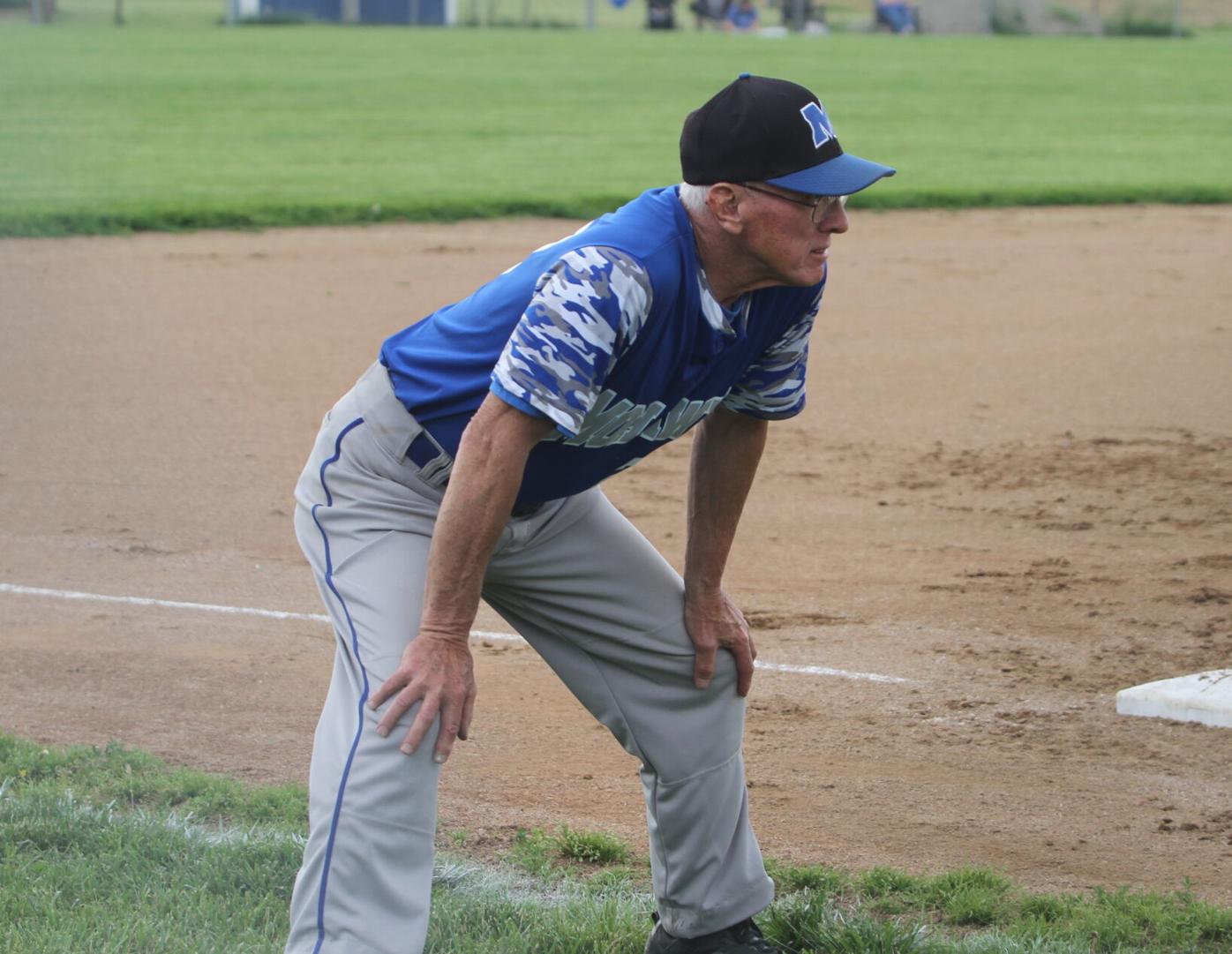 Moravia Mohawks head coach Bill Huisman crouches down as he watches his batters in the Mohawks' 5-0 loss on May 27. 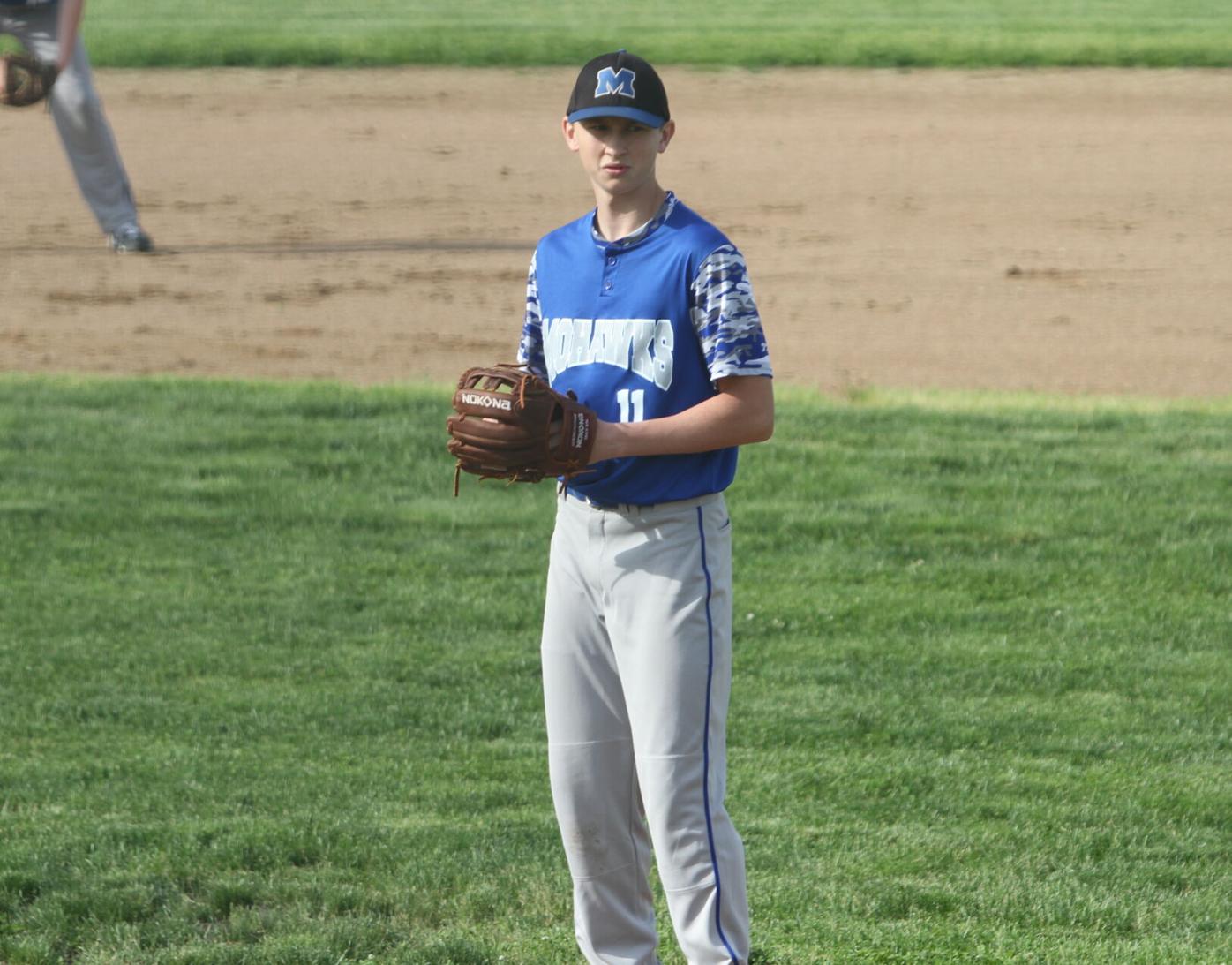 Moravia starting pitcher Gage Hanes looks in at his catcher during the Mohawks' 5-0 loss to the Lamoni Demons on May 27. 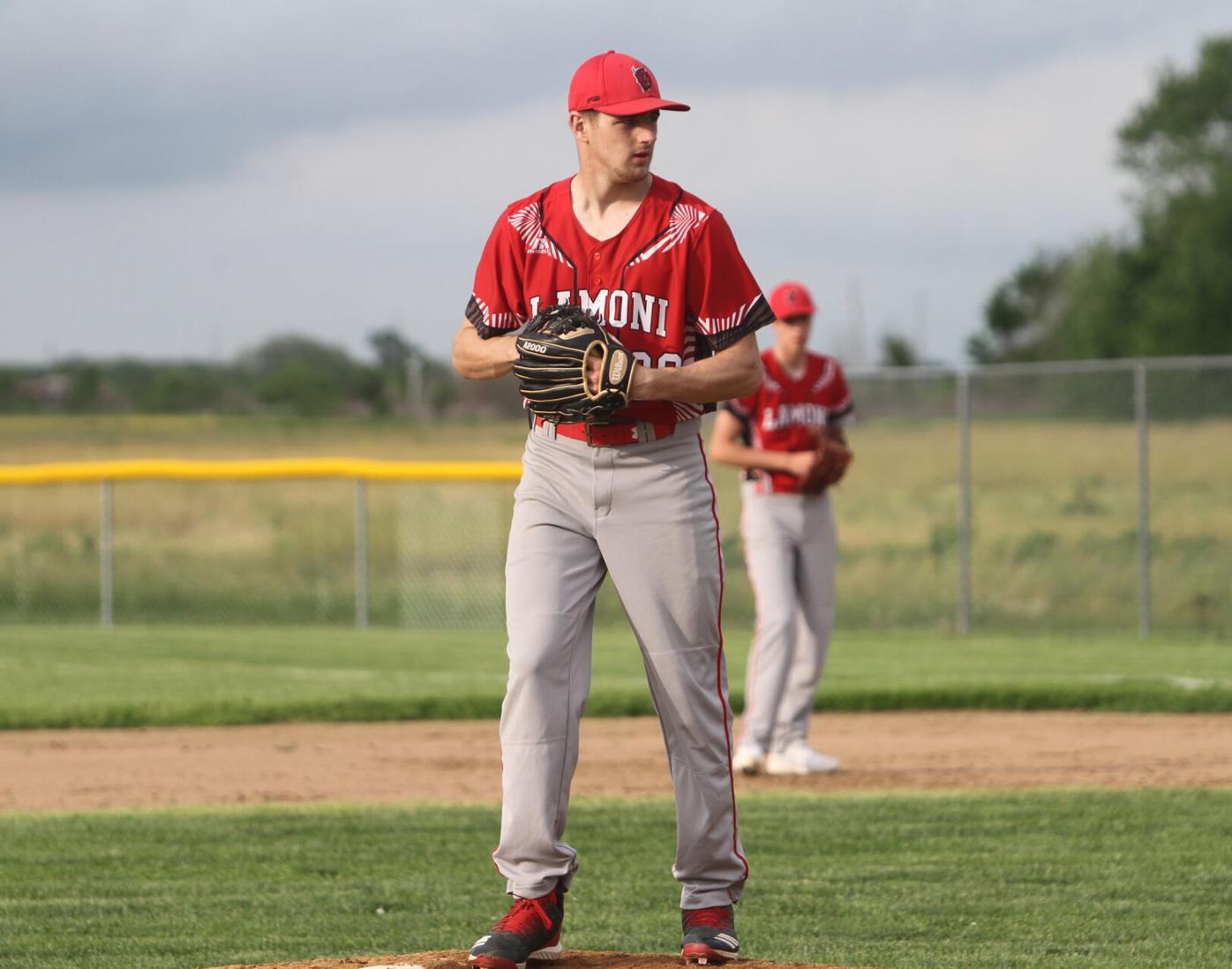 Lamoni Demons pitcher Javin Stevenson stands on the mound in the Demons' 5-0 win over the Moravia Mohawks on May 27. Stevenson struck out nine batters in the win.

Moravia Mohawks head coach Bill Huisman crouches down as he watches his batters in the Mohawks' 5-0 loss on May 27.

Moravia starting pitcher Gage Hanes looks in at his catcher during the Mohawks' 5-0 loss to the Lamoni Demons on May 27.

Lamoni Demons pitcher Javin Stevenson stands on the mound in the Demons' 5-0 win over the Moravia Mohawks on May 27. Stevenson struck out nine batters in the win.

MORAVIA - It was a simple mission for Lamoni Demons pitching on Thursday against the Moravia Mohawks: throw strikes and fill up the plate.

After a 5-0 victory over the Mohawks on their home field, Demons head coach Alan Dykens considered it a mission accomplished for his team as they improved to 2-0 after the win.

The two leaders of the Demons' plan were starting pitcher Landon Gilliland and relief pitcher Javin Stevenson. The duo combined to allow one hit, four walks, all while striking out 16 Mohawk batters in the win.

"All we tell our pitchers is to keep throwing strikes, keep it in the zone and put the ball in the other team's hands. We got lucky and it went by [Moravia] a lot [Thursday] and who knows, maybe it doesn't go that way next time. But I'm really proud of our pitchers," Dykens said.

Stevenson would pitch the final four outs of the game, fanning nine batters and allowing no walks in the process.

Echoing the gameplan given by Dykens, Stevenson had his way with the younger lineup for the Mohawks with his off speed pitches. In the end, his job was to throw strikes and see if Moravia could combat him.

He shared a similar assessment to his coach's on how the night on the mound went for the Demons' pitching as a whole.

"We have one of the best defenses behind us and we tell ourselves you just gotta throw strikes and trust your defense," Stevenson said.

"My change-up was working for me," Stevenson said. "Keep pounding fast-balls and then throw that change up to keep them on their toes and guessing."

But when the Demons weren't filling up the boxscore with strikeouts on the mound they were on the attack on the bases all night.

Lamoni and Moravia were locked in an offensive standstill for the first four innings, until Kade Nowlin stepped up the plate for the Demons in the top half of the fifth.

Nowlin drew a walk to start the inning, with the very next batter Landon McKillip drawing a base on balls as well, leaving two Demons on base with no outs.

After getting a pop out from the Demons' nine hitter, trouble would soon turn into runs for Moravia starting pitcher Gage Hanes. He would be called for a balk by the infield umpire for not coming set before he pitched, bringing Stevenson for the Demons up to bat now down 1-0.

Stevenson sent a high fly ball to right field, allowing the runner on third to score to make it a 2-0 game with two outs to work with.

But the Demons weren't done taking advantage of the Mohawks' miscues before the inning was over.

Landon Gilliland would rocket a double into right center field, sending home another runners to make it a 3-0 lead. The next two batters for Lamoni would draw walks, along with two past balls to bring home the fourth and final run of the drawn-out inning.

Moravia head coach Bill Huisman said mistakes will come with a young roster like the Mohawks, but said the sports can be taxing on the mind and it can get hard for younger players to settle in when mishap after mishap comes about.

"They're young and when you got a lot of freshman and sophomores out here, expectations don't always happen," Husiman said. "It's mental and it's about reps and that comes with time."

In the loss, Moravia allowed seven walks and five past balls to Lamoni's advantage.

The win Thursday marked the second straight game the Demons drew at least seven walks after earning a free pass 11 times in their 17-0 win over the Melcher-Dallas Saints on Tuesday.

And that's not on accident. Dykens said good teams have to take a mile when the opponent might seem to have only offered an inch. That mindset helped the Demons overcome the Mohawks.

"Anytime you can capitalize on a mistake from your opponent, obviously it puts you in a good position to be successful," Dykens said. "We got a couple good breaks and we were able to take advantage of it and take momentum at points."