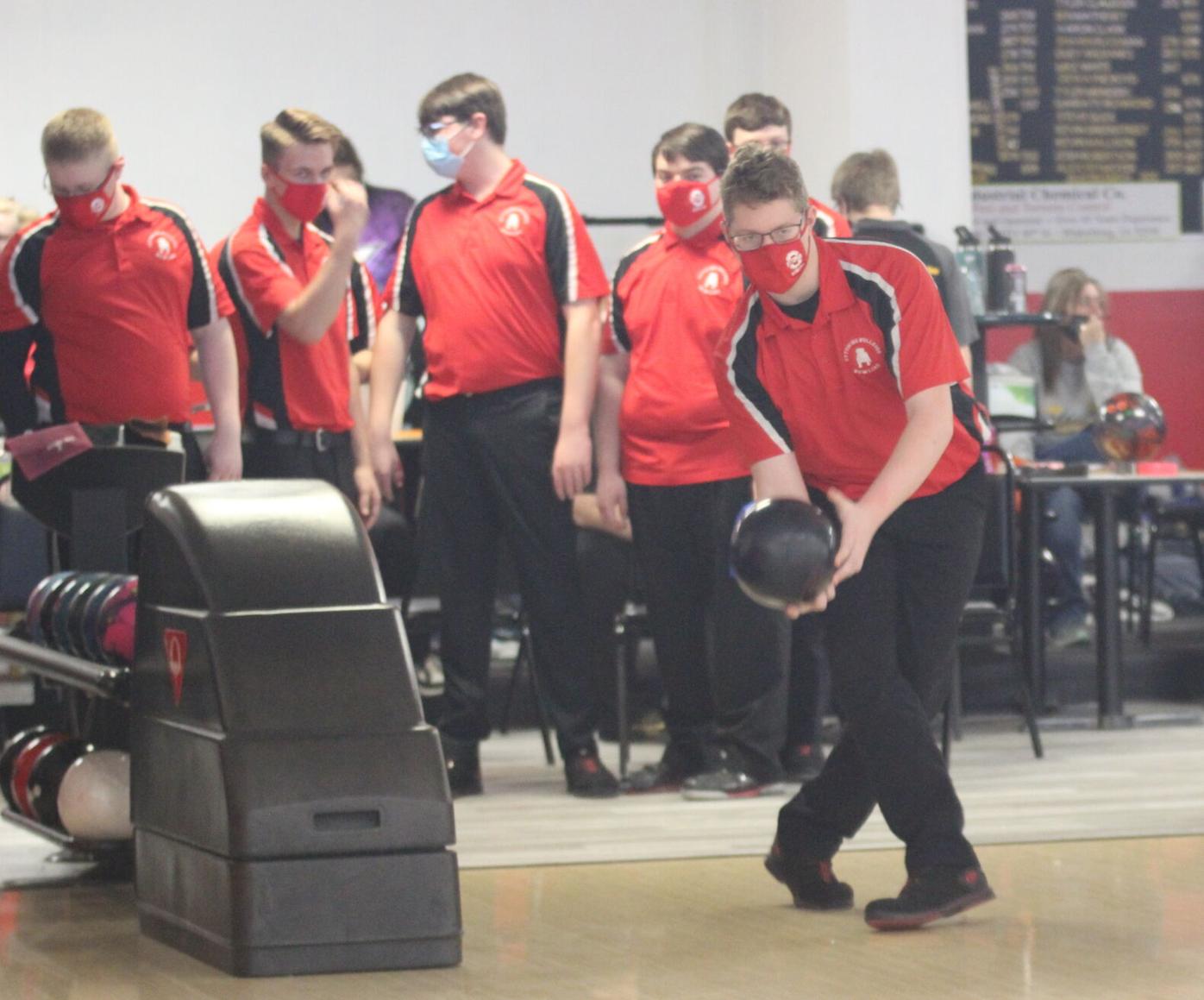 The Ottumwa High School boys bowling team watches on as Ryan Johnson approaches the lane during the OHS Baker Tournament on Saturday at Champion Bowl. 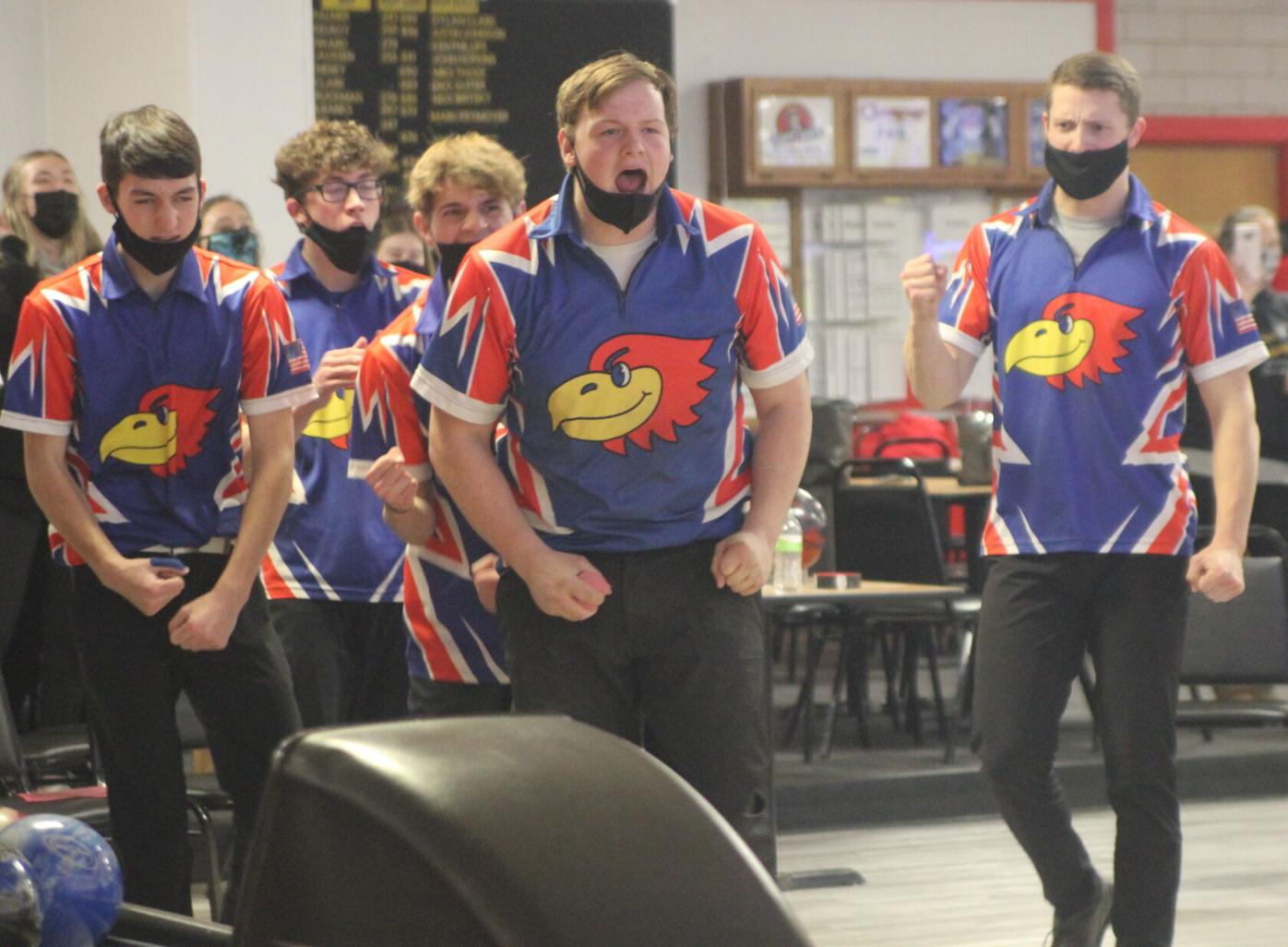 Members of the Urbandale High School boys bowling team celebrate a strike during the championship match of the Ottumwa Baker Tournament at Champion Bowl on Saturday. 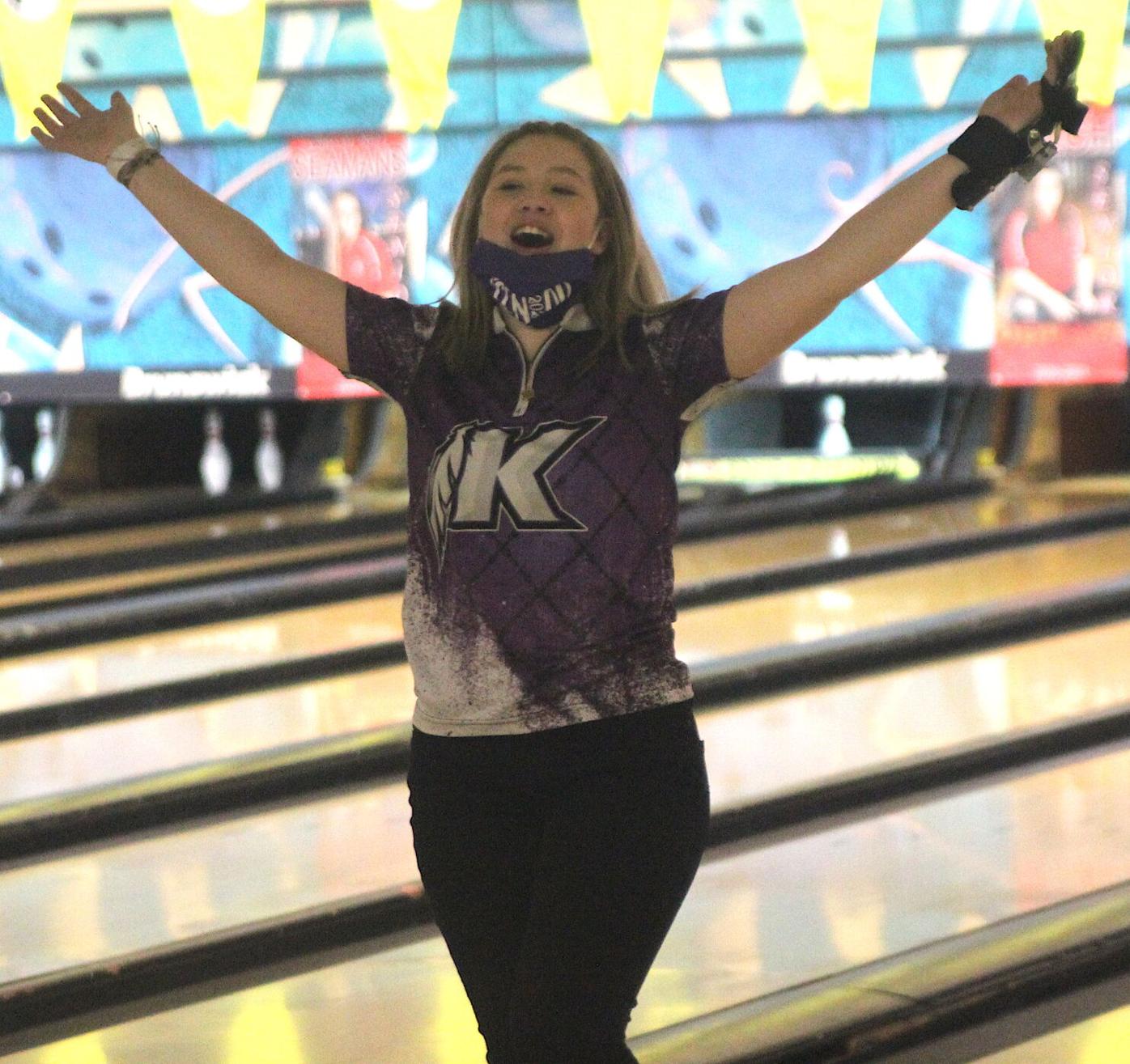 The Ottumwa High School boys bowling team watches on as Ryan Johnson approaches the lane during the OHS Baker Tournament on Saturday at Champion Bowl.

Members of the Urbandale High School boys bowling team celebrate a strike during the championship match of the Ottumwa Baker Tournament at Champion Bowl on Saturday.

OTTUMWA — If the goal was to get a feel for the upcoming state bowling tournament, Saturday's inaugural Ottumwa Baker Tournament was a success.

If the goal was to keep the championship hardware at home inside Champion Bowl, not so much.

Both the Ottumwa boys and girls bowling teams found themselves needing to take the long road through the double-elimination bracket portion of their unique home tournament. In the end, both Bulldog teams settled for fourth-place finishes in the six-team tournament that featured Class 1A powerhouse Louisa-Muscatine, 2A power Keokuk and top 3A teams from Urbandale and Marshalltown.

"This was a pretty loaded tournament," Ottumwa head girls bowling coach Doug Techel said. "There were a lot of very good teams here. For us, it came down to throwing strikes. We never threw three in a row. That's a momentum builder. We just couldn't get over the hump with that.

"We did miss some key spares, we did shoot spares better than we have, so there is some good news for us coming out of the tournament."

While the defending 3A state champions could not advance to the finals, the favorites to win the 1A and 2A girls state titles dueled through consecutive best-of-five championship matches to close out over seven hours of baker bowling. The Chiefs overcame a 2-0 loss earlier in the bracket portion of the tournament, knocking out Urbandale, Ottumwa and Marshalltown before beating Louisa-Muscatine 3-1 to force an all-or-nothing championship duel which resulted in a 3-0 sweep for the top team in the Southeast Conference.

"Louisa-Muscatine should win the 1A state title. Keokuk should win the 2A title," Techel said. "They're both here, so our younger bowlers got the chance to feel what it's like to bowl against some really good teams."

The same could be said for the Ottumwa boys, who could not back up their top qualifying mark of 1,629 rolled in eight baker games to earn the bracket's top seed. After being stunned in three games by Keokuk, missing out on a chance to close the Chiefs in two games, Ottumwa battled back to edge out Davis County 2-1 before being knocked out of the tournament by Louisa-Muscatine in two straight bakers 195-145 and 207-188.

"There are only two meets a year that really count for us. That's the substate and state tournaments," Ottumwa head boys bowling coach Tom Maher said. "You're never going to grow as a group unless you bowl against teams of equal or greater talent. We got to do both this weekend. Our guys got to see where they're at a little bit, how they're approaching stuff and about how much talent is actually out there."

The Falcons appeared to be on the way to rolling to a championship, forcing Urbandale into a decisive championship match after beating the J-Hawks in three straight baker games (226-171, 216-157 and 202-166) to set up a final best-of-five final. Urbandale responded by pulling away late in the first game of the final, winning 223-193 before earning 221-192 and 208-179 wins that clinched the team title for a team that Ottumwa may have to go through in February in order to win the program's first boys state team title.

"The programs that were here are very well-established programs. The coaches are very well established and the team's don't give much away," Maher said. "That's what you have to do in order to be successful to make state and win at state. You have to be able to handle that pressure when it's thrown at you. We didn't do a very good job of that. We shut down at times and got tense."

The baker tournament concept provided a glimpse into what the state tournament will look like with teammates celebrating each other's strikes with huge cheers throughout the day. Both Ottumwa teams know how important competing well in baker rounds will ultimately be next month with the Bulldog girls winning last year's 3A state tournament with a huge comeback in the five bakers against Cedar Rapids Jefferson while the Ottumwa boys saw the 2A title slip away in a hotly-contested battle for the 2A title with Fort Dodge and Urbandale last winter at Cadillac Lanes.

"I even told our freshman that bowled for us that this is going to be the closest feeling you can get to a state tournament before you actually make it there," Ottumwa senior Zoe Seamans said. "The state title is won and lost in the baker rounds. That's what it always comes down to in the end. This was a really good day to figure out what we need to work on."