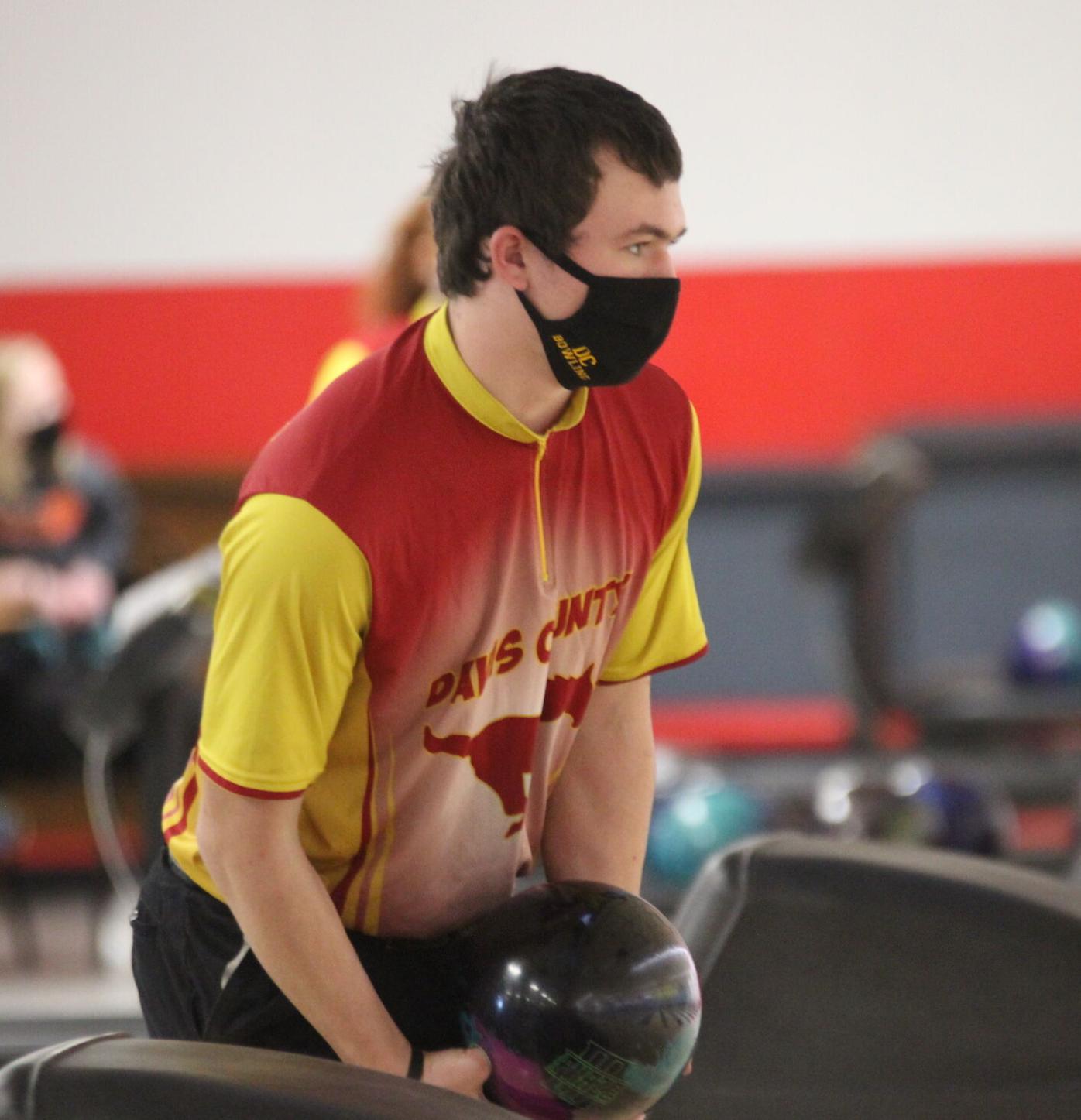 Davis County senior Cameren Jackson lines up a shot during a high school bowling win over Fairfield on Monday afternoon at Champion Bowl in Ottumwa. 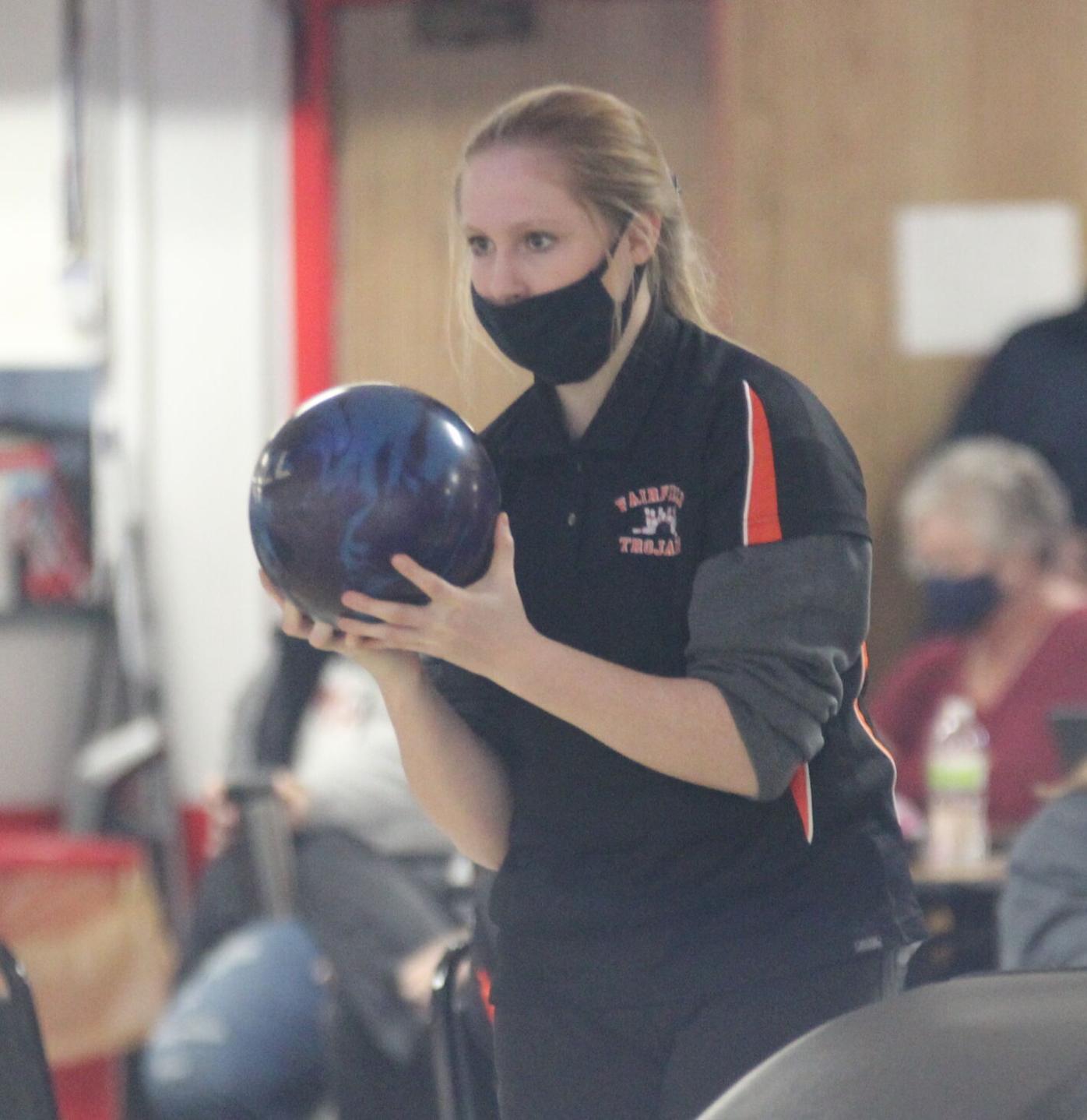 Fairfield senior McKayla Taylor lines up a shot for the Trojan girls bowling team on Monday against Davis County at Champion Bowl in Ottumwa.

Davis County senior Cameren Jackson lines up a shot during a high school bowling win over Fairfield on Monday afternoon at Champion Bowl in Ottumwa.

Fairfield senior McKayla Taylor lines up a shot for the Trojan girls bowling team on Monday against Davis County at Champion Bowl in Ottumwa.

It starts this week with something of a unique practice session.

The Fairfield boys lost a fourth straight dual on the lanes on Monday, posting a team score in the 2,400s for the third time in four outings. Davis County, meanwhile, posted a season-best team score of 2,639 to beat the Trojans by 230 pins.

"This was one of the goals I had set for the boys," Davis County head bowling coach Jason Rook said. "Now that we've reached that goal, maybe we can achieve the next goal and keep bringing out scores up."

Both the Mustang boys and girls achieved new high marks for the season on Monday. While the Davis County boys bounced back from a loss at Burlington on Friday, the Mustang girls came up just short against Fairfield despite cracking 2,000 pins as a team for the first time this season.

Karen Ehret posted a 162 average for the Fairfield girls in a 107-pin win over the Mustangs. Fairfield finished just 22 pins shy of matching their season-best score, posting a 2,167 total on Monday to move back over .500 in duals this season.

"More than anything, we're just continuing to focus on our personal bests," Fairfield girls bowling coach Lisa Greenig said. "We're both pretty evenly matched, so it comes down to who is going to adjust best on the day. When I look at the scores for our girls, nine of the 12 games were above average. When we look at growth and improvement, we're starting to see it.

"Now, it's time to teach these kids how to adjust. How can we turn what's going in the right direction and make ourselves even better?"

The Davis County boys seem to be headed in that direction with four of the six varsity bowlers on Monday posting two-game averages of above 170. Cameren Jackson followed up a 200 average in individual play by helping the Mustangs lock in a commanding lead early in the baker rounds, rolling a pair of strikes in the 10th frame of a 227 second game that put Davis County ahead by 252 pins.

"When you're on a roll, it's pretty easy to stay loose out there," Jackson said. "Everyone bowled well. All around, it was a fun day."

"It's all about consistency," Marlay said. "It's about a consistent release, consistent through the arrows and through the break point. All those things will make us better bowlers. We need to be able to adjust as we go through and as the lanes break down."

Ehret, meanwhile, was one of three Fairfield girls to post a 150-plus two-game average with Lilly Huff's 154 and McKayla Taylor's 153 marks providing the Trojans with a 126-pin cushion to work with in the baker rounds. Kelsey Rook posted a 161 average to lead the Davis County girls, who got as close as 102 pins after two baker games before Fairfield edged ahead by 14 pins over the next two games to salt away the win.

"This is a mental game. If you get frustrated, especially in this house, the harder you throw the ball the less it reacts," Greenig said. "You have to be able to control the mental aspect of the game. That's a learning curve too for our kids."

The Fairfield girls (3-2) and boys (1-4) return to Southeast Conference action on Thursday at Champion Bowl against Burlington. The Davis County boys (6-4) and girls (3-4) will host Pella on Tuesday, Jan. 19.