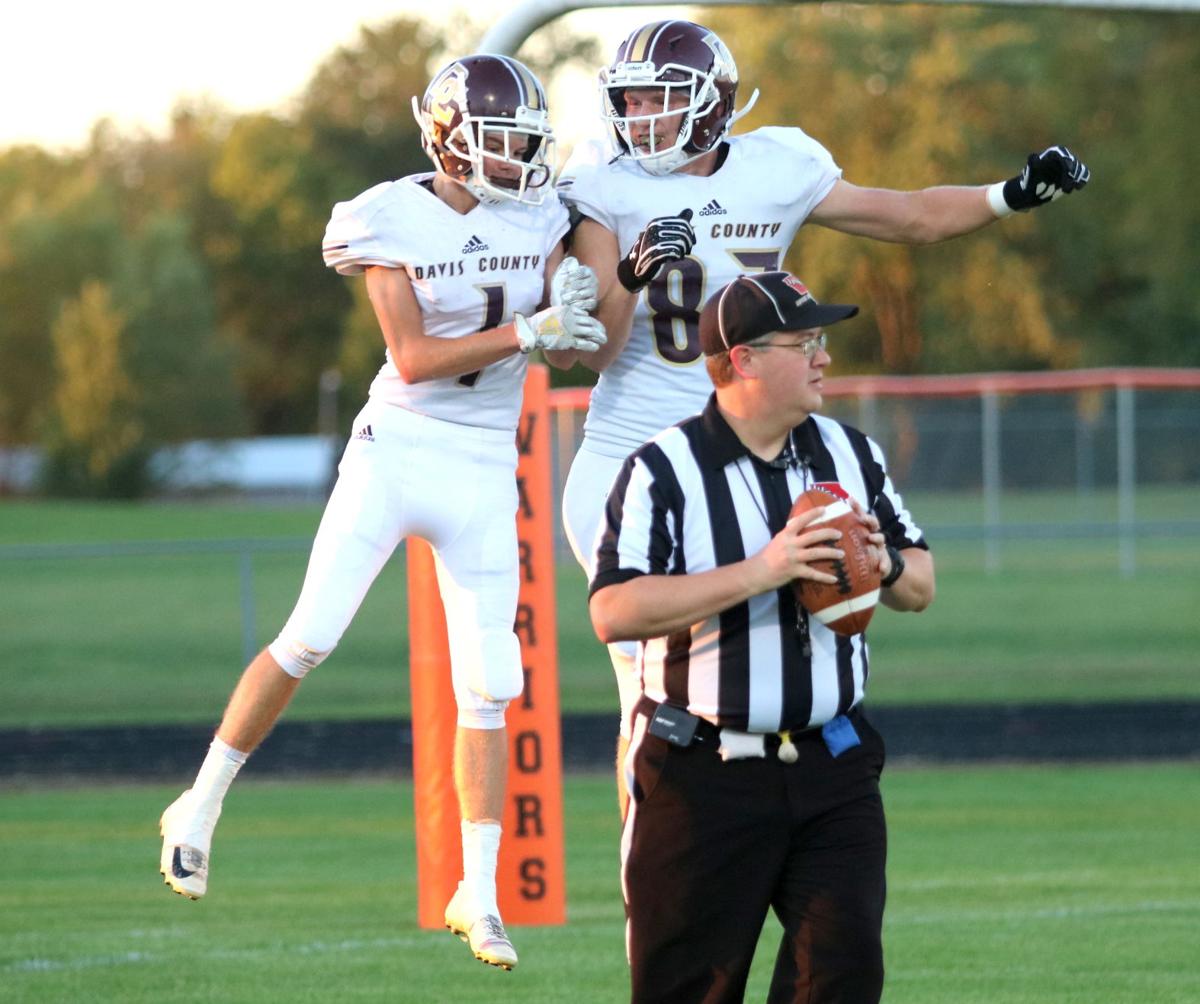 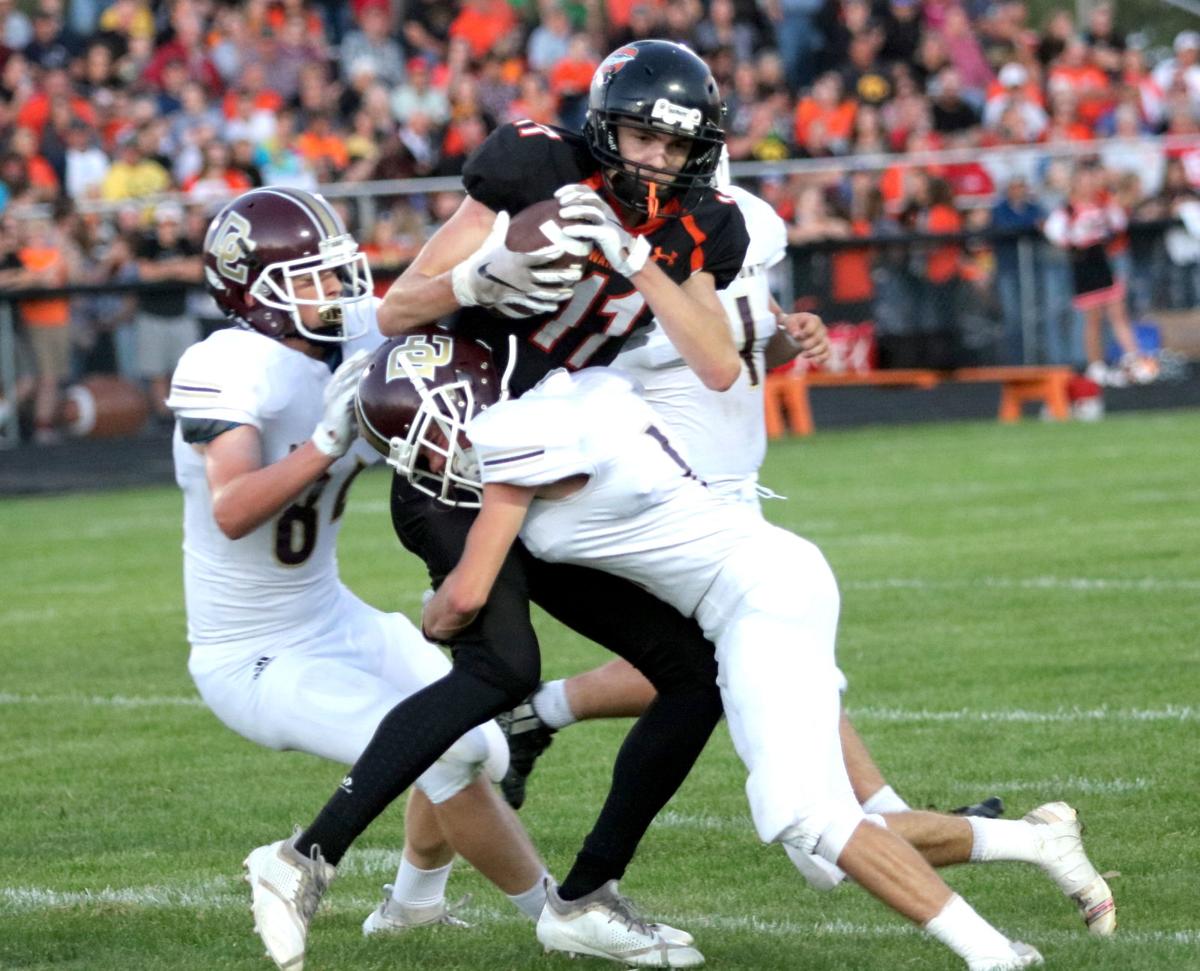 KEOSAUQUA — It wasn’t always pretty, and there were a lot of youthful mistakes.

The Mustangs scored just over two minutes part late in the first half, and rolled to a 28-0 victory over Van Buren County for the Warriors’ homecoming Friday.

“We moved the ball pretty well, but we self-destructed with some penalties,” Davis County coach Kent Anderson said. “The one thing I really like is that a lot of different guys touched the ball. That’s what we want.”

Davis County forced three fumbles, with Caden Hill’s scoop-and-score giving the Mustangs (1-2) a 21-0 lead with 17 seconds left in the first half. His touchdown came on the heels of the first of two fourth-down touchdown passes by Carson Maeder, who hit Gavin McCall from 12 yards out with 2:36 left in the half.

Maeder, making just his second start, threw for 207 yards and three touchdowns out of Anderson’s spread offense. He moved the Mustangs methodically down the field on the game’s opening drive, using 10 plays and finding Carson Zeitler on a 41-yard touchdown pass.

“Carson (Maeder) was creative with the plays tonight,” Anderson said. “You have him making plays, and then you have Hill getting that scoop-and-score. We were balanced on both sides of the ball.”

Davis County’s defense was stingy when the offense bogged down. Van Buren County (0-3) found success moving deep into Mustangs territory, but couldn’t cash in on the drives. The Warriors haven’t scored since Week 1 against Cardinal.

“Van Buren did a good job running the ball on us, but I think the breaking point might have been Hill’s touchdown,” Anderson said. “We made the stops defensively we we needed to have them. We kind of play a bend-but-don’t-break defense, and we did a pretty good job keeping things in front of us, especially in the second half.”

The Mustangs weren’t flawless, either. Maeder threw an interception to his quarterback counterpart, Lane Davis, to stall a drive, and they also lost a fumble. Then there were penalties that seemingly arrived during every big play.

Cohyn Jury rushed for 66 yards for the Warriors.

“When you play a team like Van Buren that’s three-yards-and-a-cloud-of-dust, you start to force things,” Anderson said. “I thought we were doing that in the first half, and that’s kind of what led to us self-destructing a few times.”

Davis County hosts Pekin next week in the final nondistrict game, and Anderson has seen steady improvement from his team each week. The Mustangs will take their most impressive game to date into the contest with the Panthers.

“Pekin is Pekin. They’re always tough,” Anderson said. “We’re starting a lot of young guys and they just need time on the field. Tonight we put the ball in the hands of a lot of kids, and they made things happen.”