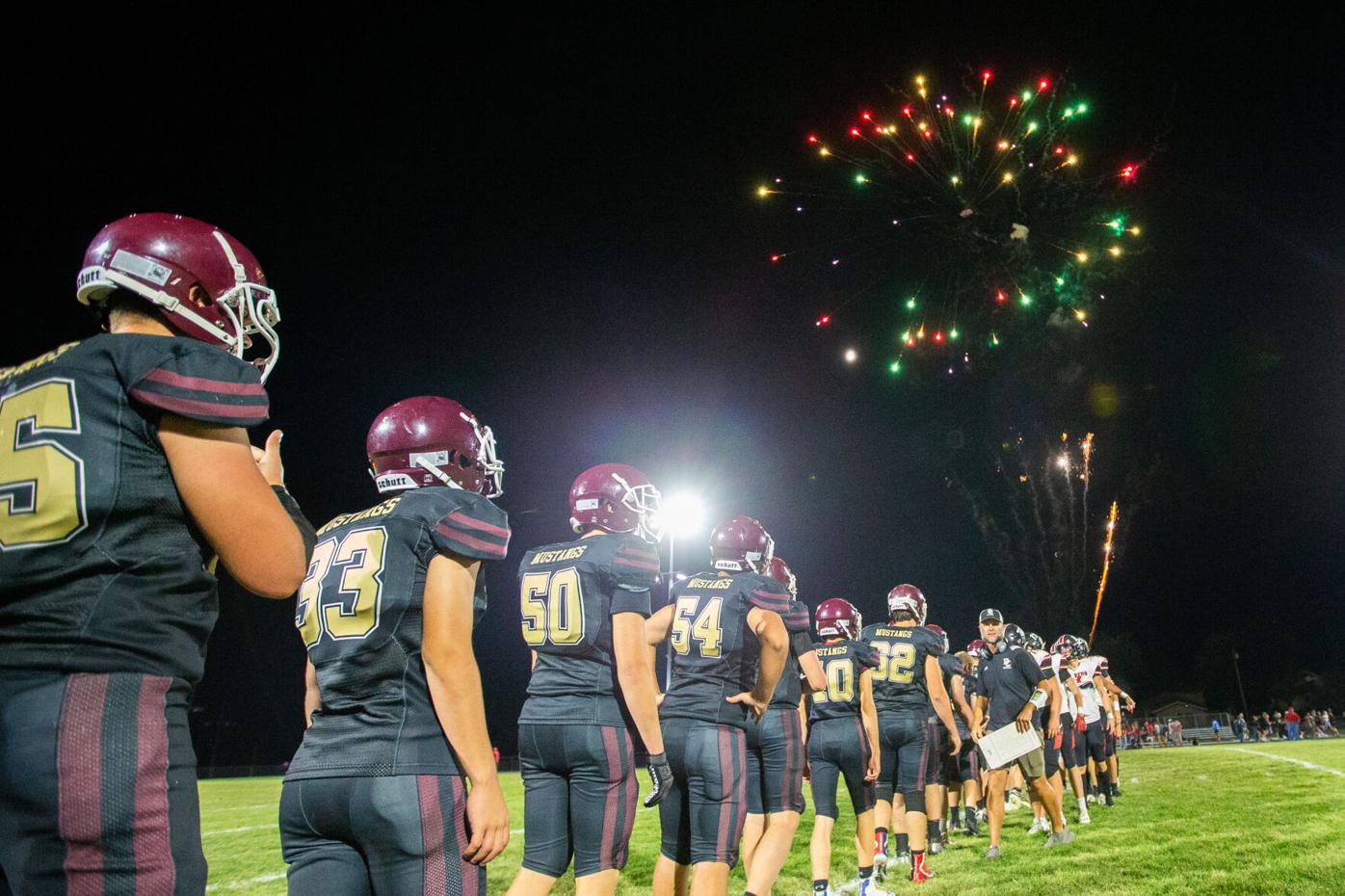 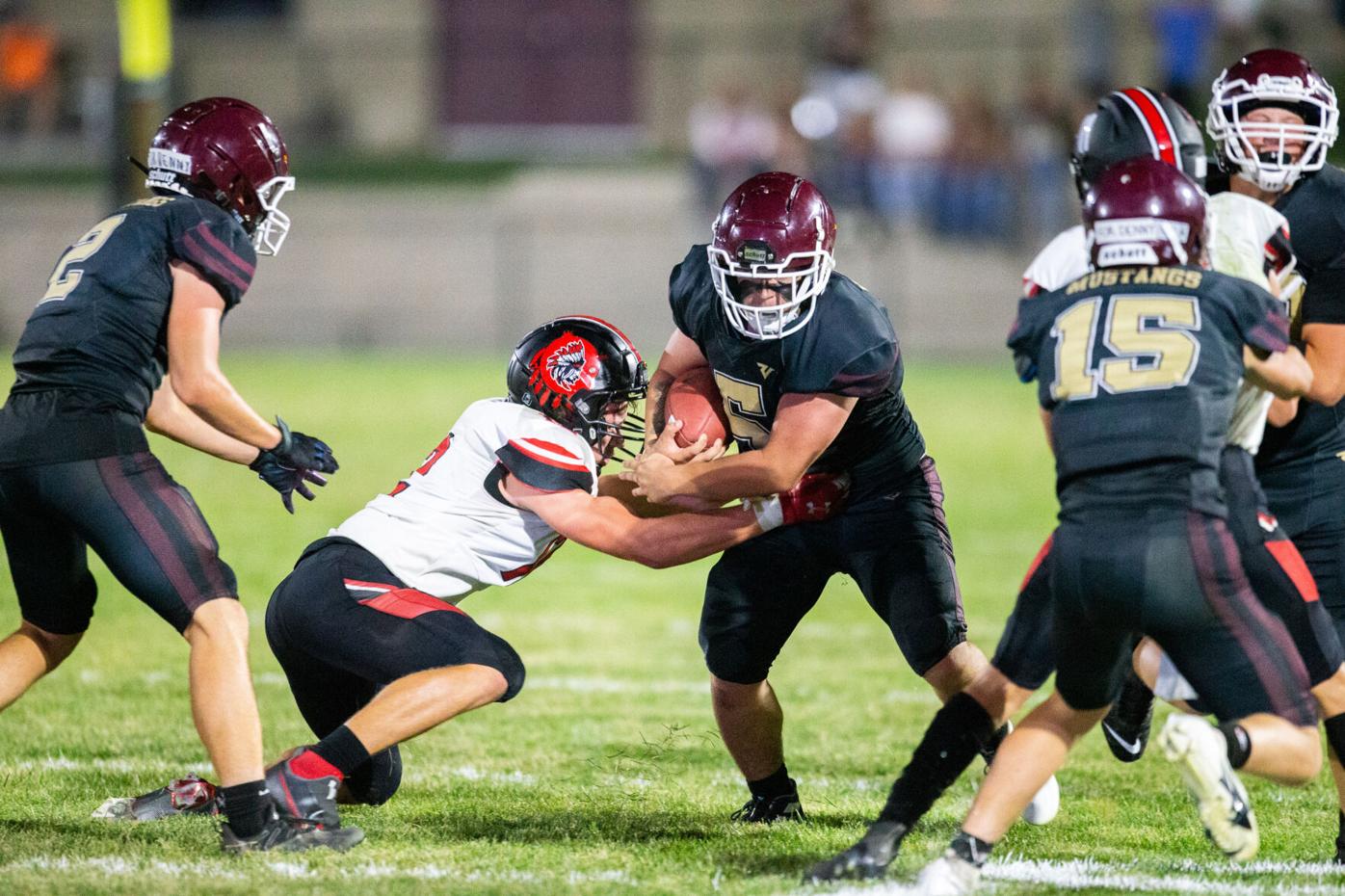 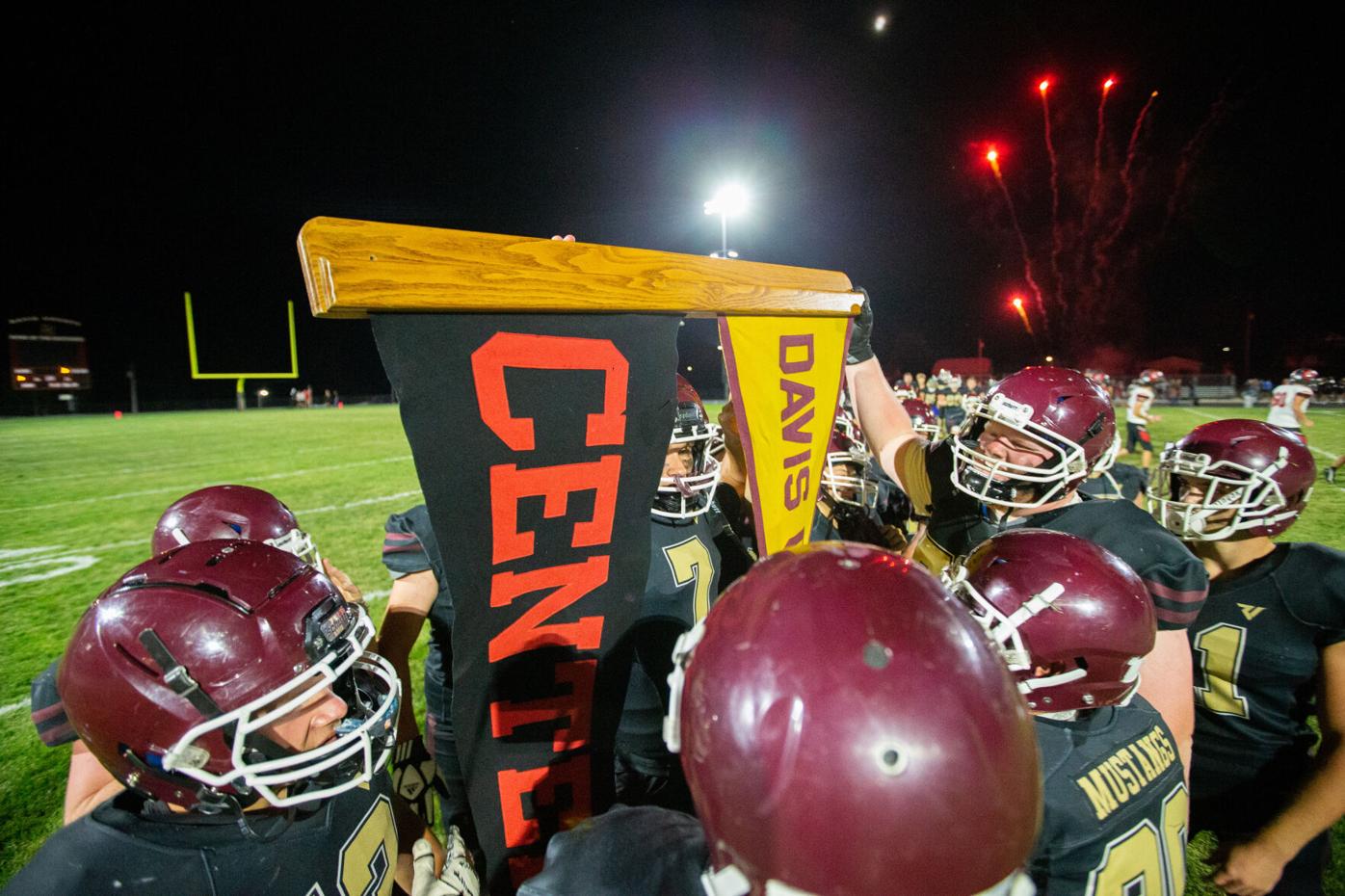 The Davis County Mustangs celebrate with the pennant, after defeating Centeville 42-14 on Friday.

The Davis County Mustangs celebrate with the pennant, after defeating Centeville 42-14 on Friday.

BLOOMFIELD — In a series historically dominated by Centerville, the Davis County Mustangs won the Pennant Game for the second straight year Friday.

Davis County struck early and kept the pressure on to a lopsided 42-21 victory against the Centerville Big Reds.

The Mustangs caught the Big Reds off guard to open the game, recovering an onside kick with good field position. Four plays later, they scored with a one-yard keeper by Carson Maeder.

Centerville was three-and-out on the next drive, and Davis County scored again with a three-yard touchdown run by Maeder. The two-point conversion was good, giving the Mustangs a 14-0 lead midway through the first quarter.

With 2:07 left in the opening quarter, the Big Reds broke their silence with a four-yard touchdown run by Sawyer Wardlow.

Davis County answered quickly, opening the second half with a 13-yard touchdown pass from Maeder to Tayden Bish.

Then, with 3:52 left in the first half, a rocket thrown from Maeder to Tayden Bish was good for a 60-yard touchdown. A two-pont conversion made the score 28-7.

The Big Reds wouldn't let the Mustangs celebrate long. The ensuing kick off was returned for a touchdown by Centerville's Kade Mosley at over 70 yards.

It was a two-possession lead for the Mustangs for about one minute of game time. Davis County's Mader scored on a five-yard run and a two-point run by Gavin McCall made the score 36-14 at the half.

Midway through the third quarter, Davis County's Cohen Piper scored on a six-yard run. The Big Reds would scramble for a one-yard touchdown run in the fourth quarter to close scoring.

Friday's contest was the 102nd meeting between the teams. Centerville leads the all-time series against Davis County 70-29-3.

Davis County improves to 2-2, and 1-0 in district play.They will travel to Eddyville-Blakesburg-Fremont next week. Centerville (2-2, 0-1) will host Williamsburg next week for senior night looking to prevent a losing streak.