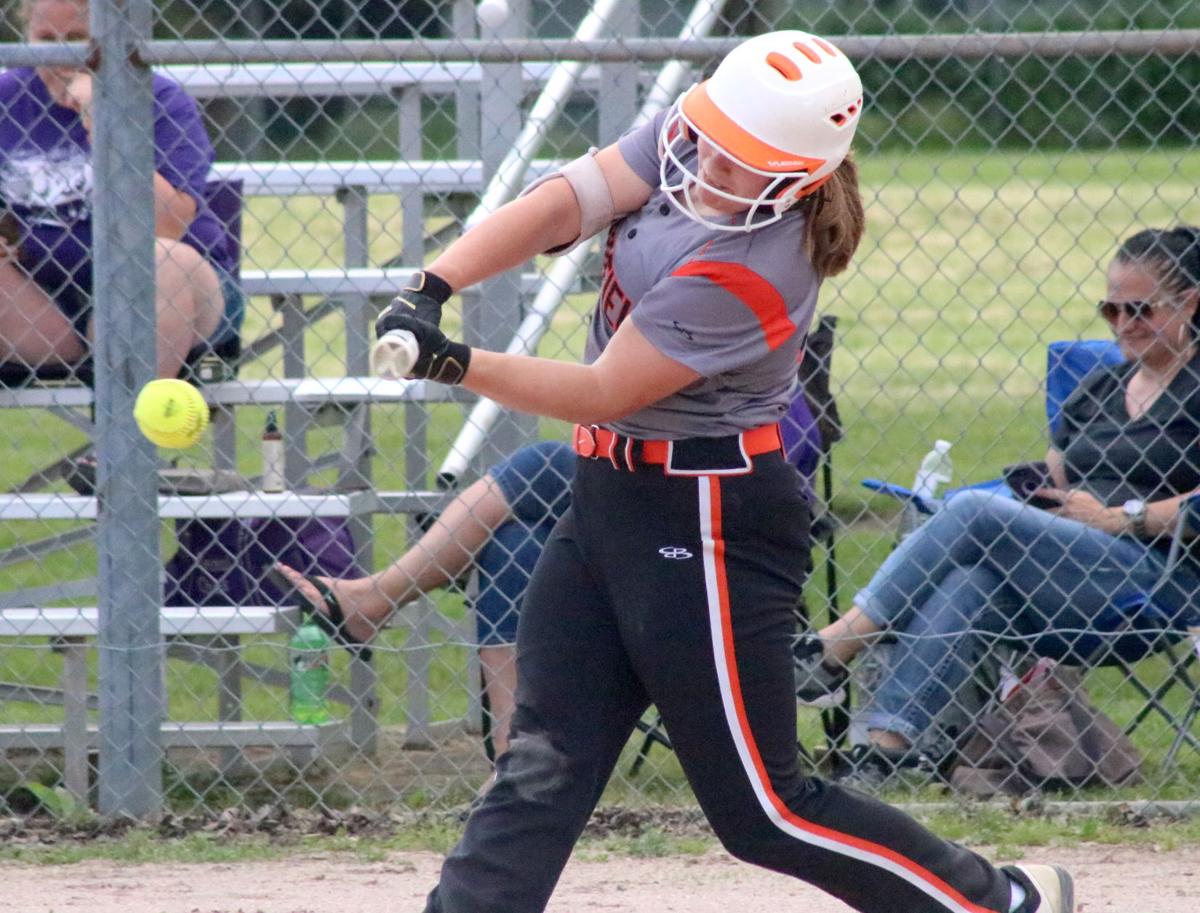 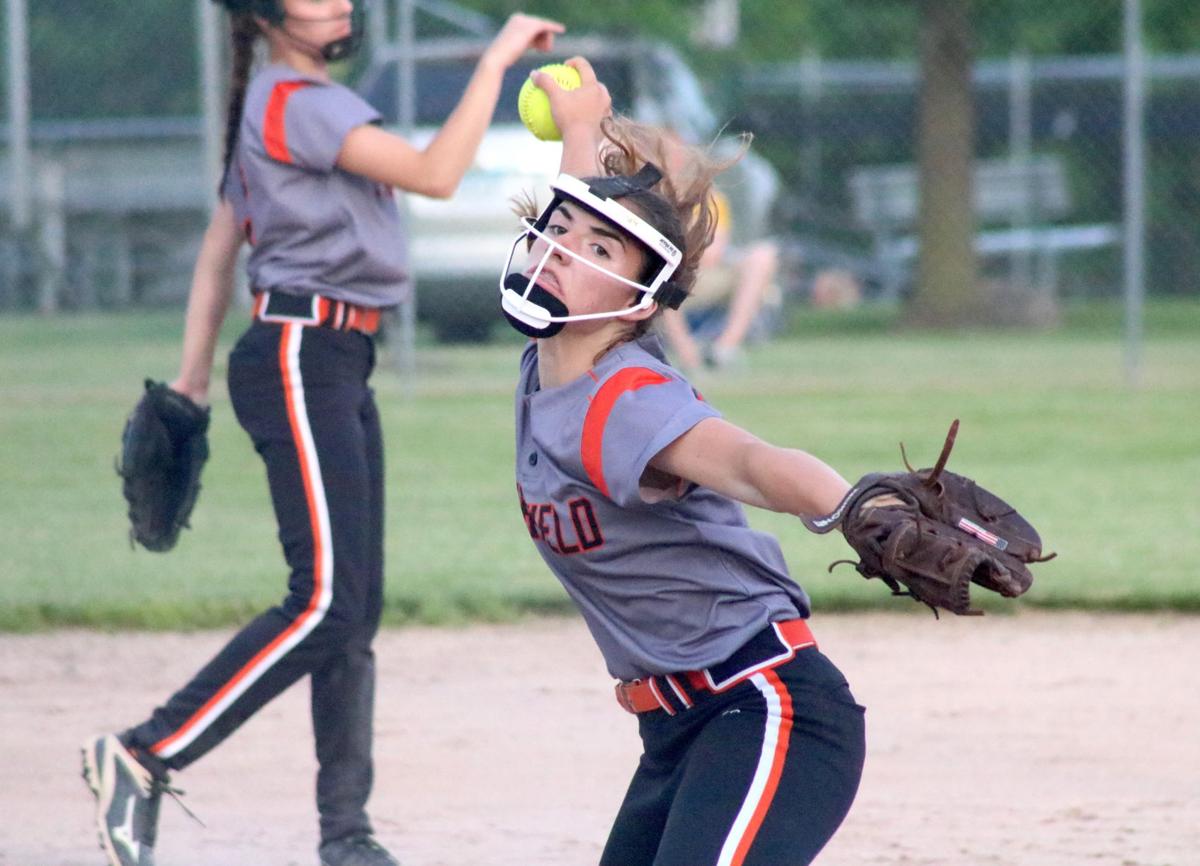 Fairfield eighth-grader Coty Engle winds up for a final warmup pitch against Keokuk before the second game of a Southeast Conference softball doubleheader Thursday at Fairfield Middle School. 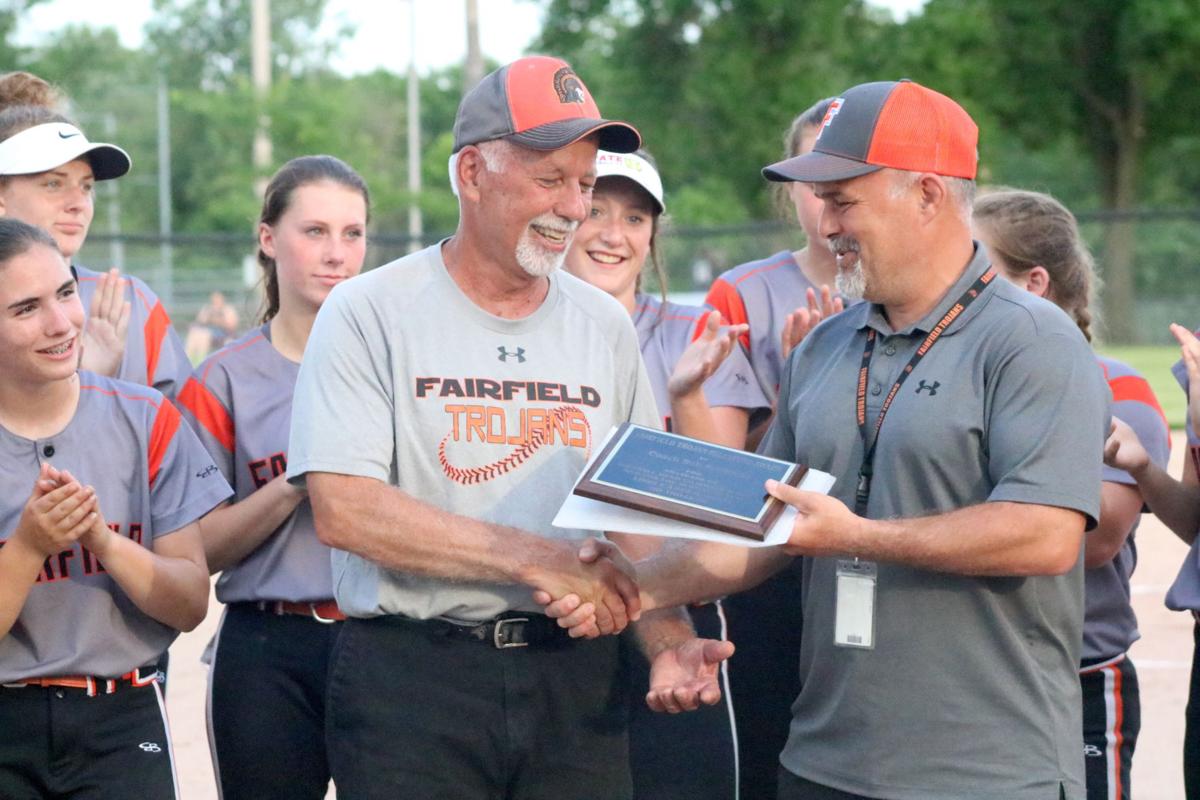 Fairfield eighth-grader Coty Engle winds up for a final warmup pitch against Keokuk before the second game of a Southeast Conference softball doubleheader Thursday at Fairfield Middle School.

FAIRFIELD — If one thing is true about the Fairfield High School softball team, it’s that the eighth-graders and other young players aren’t easily rattled by varsity softball.

They’ve been doing plenty of rattling of opponents, however.

Fairfield eighth-grader Peyton McCabe drove in four runs in the first game, and fellow eighth-grader Coty Engle tossed an abbreviated perfect game in the second as the Trojans rolled past Keokuk 14-2 and 12-0, both in four innings, in a Southeast Conference doubleheader Thursday at Fairfield Middle School.

“The biggest thing we’ve tried to do is make them feel welcome, and if they make a mistake it’s OK because we’ve all been there,” said junior shortstop Shaylin Drish, who also drove in four runs in the first game and had six hits in the doubleheader.

Fairfield coach Bob Bradfield, who won his 1,000th career game Monday and was honored for the accomplishment between games, knew his younger players had talent, but the mental makeup has impressed him the most.

“They don’t look out of place. They’ve played a lot of travel ball, but they also have the physical talent to play at this level,” he said. “There have been very few growing pains. It wouldn’t take much to intimidate kids this young, but I’ve not seen any of that.”

Fairfield (8-6, 6-0 SEC) sent 11 hitters to the plate and scored seven times in the opening inning of the first game against the Chiefs. There were a few mistakes, but mostly just crisp hitting. McCabe drilled a two-run double to help break the game open.

The Trojans continued to hit in the second as McCabe tripled in two runs. In the fourth, Drish singled in two runs, and the Trojans were able to end the game by the run rule.

Fairfield boasts three left-handed hitters in its lineup, and they hit the ball hard and used all fields.

“We just focused on really staying back on the pitches. We struggle against teams with slower pitching,” Drish said. “We also like to run the bases because even if we don’t score, we put ourselves in scoring position.”

Allison Rebling struggled with control, but allowed only two hits. She didn’t make it out of the fourth inning after striking out six and walking eight. Keokuk’s lone runs came on a third-inning double by Erika Kruse and an RBI single by Abby Thompson.

Engle overpowered the Chiefs with more velocity in the second game. The Chiefs didn’t hit a ball out of the infield and Engle struck out two in a four-inning win.

The Trojans’ offense didn’t come to life until the third, when back-to-back, two-out RBI singles by Hannah Simpson and Jenna Norris made it 4-0.

Fairfield ended it with an eight-run fourth in which 12 hitters stepped to the plate. Seven straight hitters reached with two outs, with Drish driving in the game-ending run.

“We’ve had some opportunities this year where we’ve got runners on, but we couldn’t get the key hit. There have been a lot of close games because of it,” Bradfield said. “I think tonight we learned we could hit, but we also took advantage of some of their mistakes. We hit some lazy fly balls early in the second game, but we became more patient.”