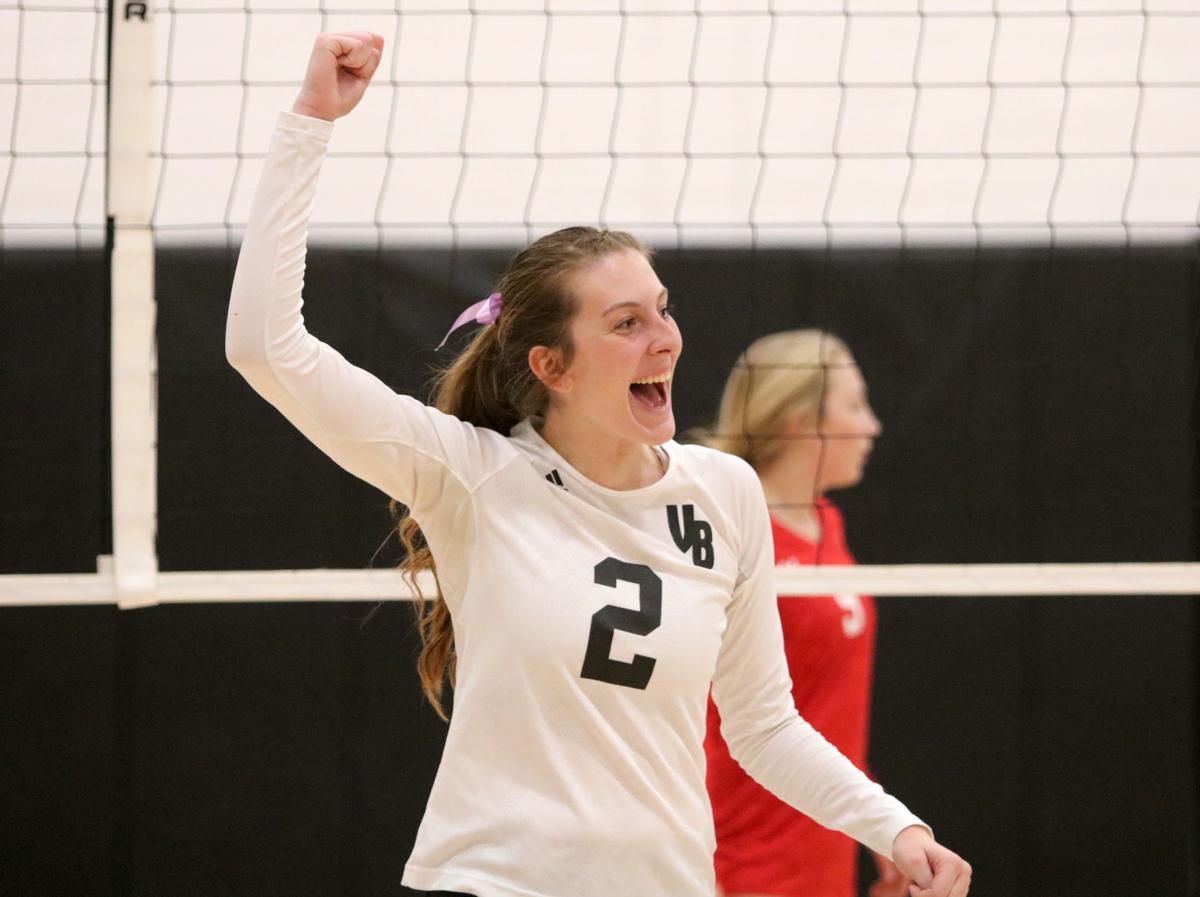 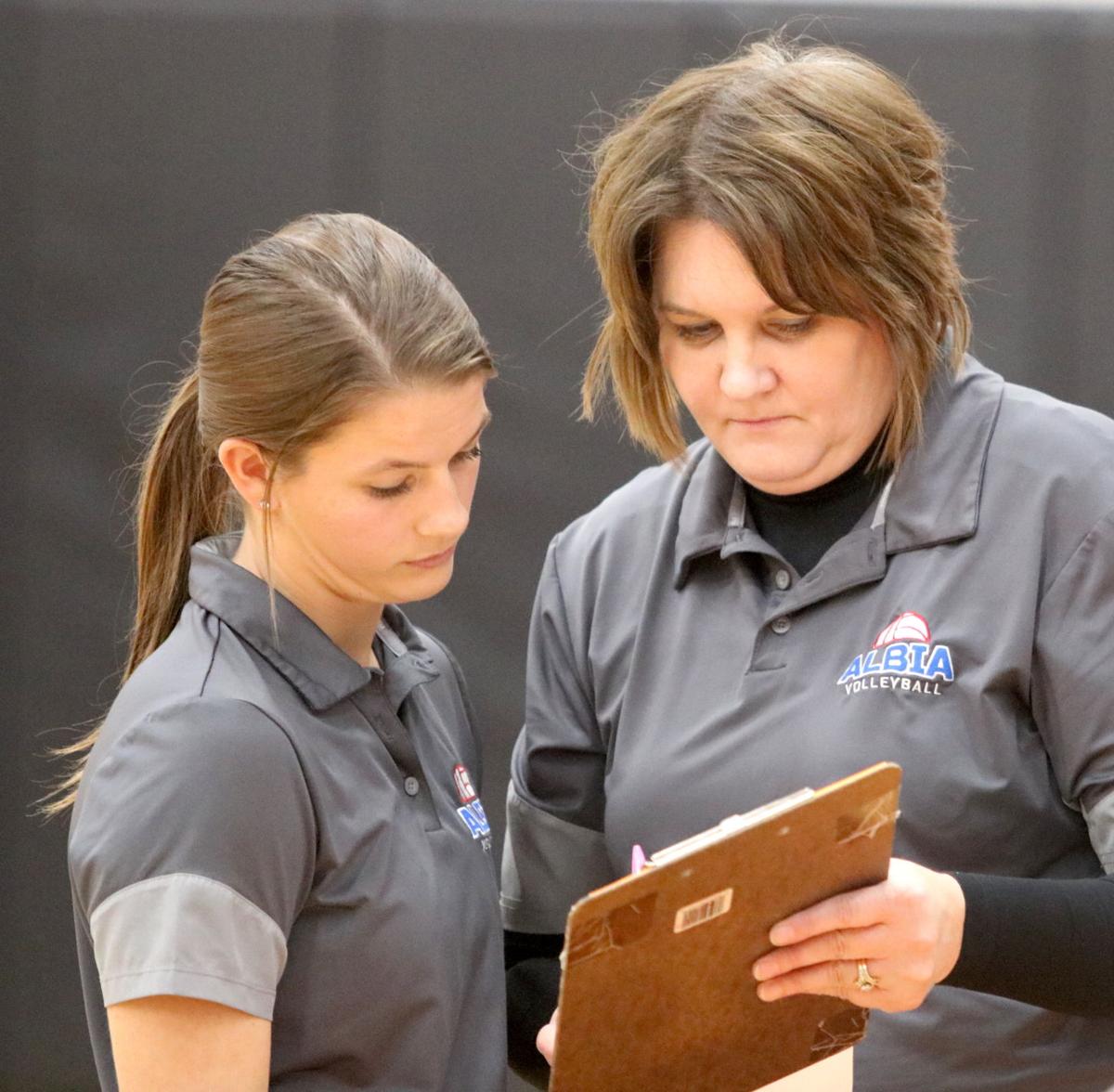 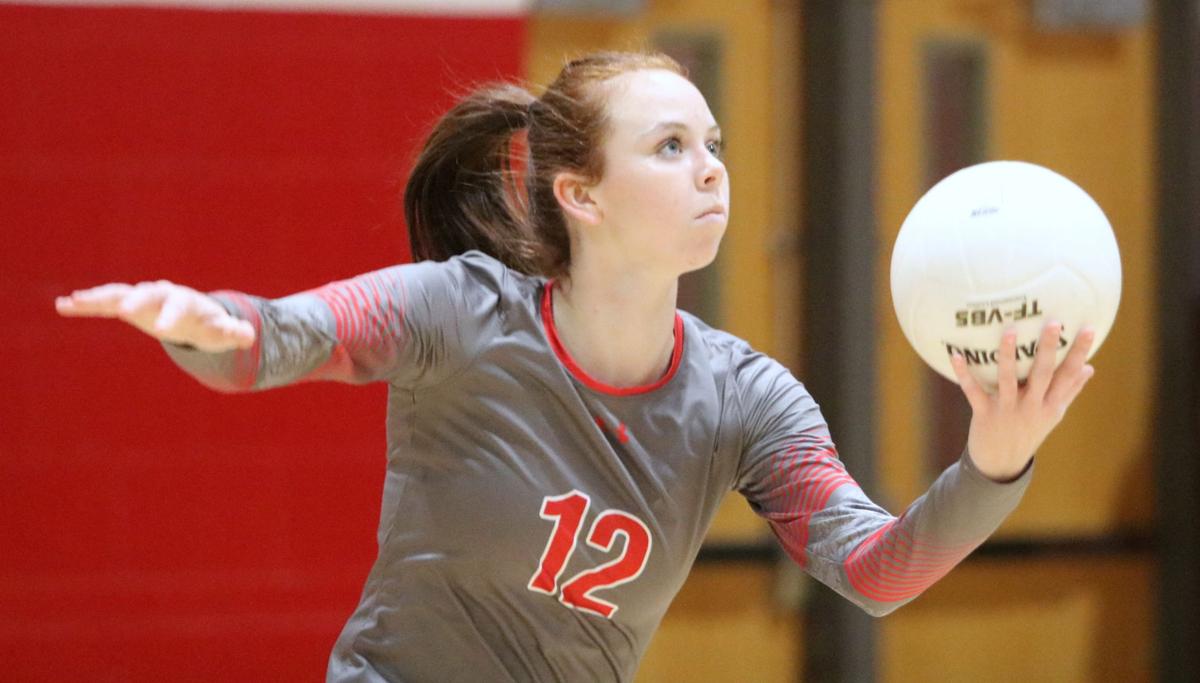 Ottumwa High School’s Anne Guest was named to the All-Courier volleyball team as a hitter.

Ottumwa High School’s Anne Guest was named to the All-Courier volleyball team as a hitter.

The 2019 area high school volleyball season was, if nothing else, a top-heavy season.

There were two standout teams, one of whom reached the state tournament for the first time, and a second tier of teams who could beat anyone on a given day.

Van Buren County had a historic season in many ways. The Warriors set a school record for wins during their 32-5 season, which didn’t end until the Class 2A state quarterfinals. The team had talent all through the lineup, a diverse attack and experience the envy of most teams.

As a result, hitter Salena Sayre, who finished as a second-team all-state selection and had 501 kills, was named the All-Courier player of the year.

The other team that had a breakout season was Albia, which fell just short of 30 wins by going 29-10, and reached the Class 3A regional final for the second year in a row in a season that featured an improvement by a dozen wins. Abbey Griffin, an honorable mention all-state selection, had almost 500 kills.

Teams such as Ottumwa, which won 22 matches and Cardinal, which had a winning season at 15-14 and two all-district players to show for it, gave a lot of teams fits this season, and both are represented on this team:

Sayre was part of a hitting duo that helped lead the Warriors to their first state tournament. The all-district and second-team all-state selection in Class 2A surpassed 500 kills for the season (501) during the tournament, but also had 384 digs and 50 blocks on the season.

Griffin, an honorable mention all-state pick in Class 3A, had 493 kills for the Lady Dees, who had a breakout season behind a talented quartet of seniors. She finished fifth in 3A in kills and second in kills per game (4.9) behind Dike-New Hartford’s Morgan Weber, who is headed to Wichita State. Griffin also had 262 digs and 68 service aces.

Guest was a unanimous selection on the CIML Metro all-conference team, as she notched 211 kills and served at 92 percent with 33 aces. Her defense continued to round into form as she had 123 digs and a Metro-leading 78 blocks.

Cloke, a powerful left-handed hitter for the Comets, turned in an all-district season in Class 2A in her final year. The senior smashed 281 kills, and also served at 91 percent with 22 aces. She also had 149 digs for Cardinal, which took Van Buren County to five games in a regional quarterfinal.

Beard put up 573 assists for a team that had two players notch at least 175 kills on the season, and a team that featured seven players with at least 20 assists. She was an excellent server, missing just 13 of 309 on the season with 58 aces, and she also had 232 digs.

Manning, a third-team all-state selection, was the best libero in 2A. She finished with 595 digs, which was the third-highest total in the state across five classes, and her six digs per game were tops in 2A. Manning also served at 94 percent with 37 aces

Lewman, who earned Class 2A all-district honors in her final season, had a strong year with 395 digs, including 34 in a loss to Van Buren County in the regional quarterfinal. She also was an excellent server, as she was successful at a 95 percent clip and had 15 aces.

Davidson may have been the Warriors most indispensable player for the Warriors this season as she excelled in every facet of the game. The all-district selection finished with 300 kills and 418 digs, and served 94 percent with 25 aces.

The Lady Dees advanced to the regional final for the second year in a row, and in a season that carried high expectations, Albia delivered. The Lady Dees went 29-10 — a 12-win improvement from the previous season — and knocked off teams who were ranked at the time of the match. Albia made an appearance in the Class 3A rankings after starting 8-0, finished second to a talented Knoxville team in the South Central Conference and had an all-state player. Of their 10 losses, the Lady Dees took at least a game off the opponent in five of them.

Player of the year — Sayre