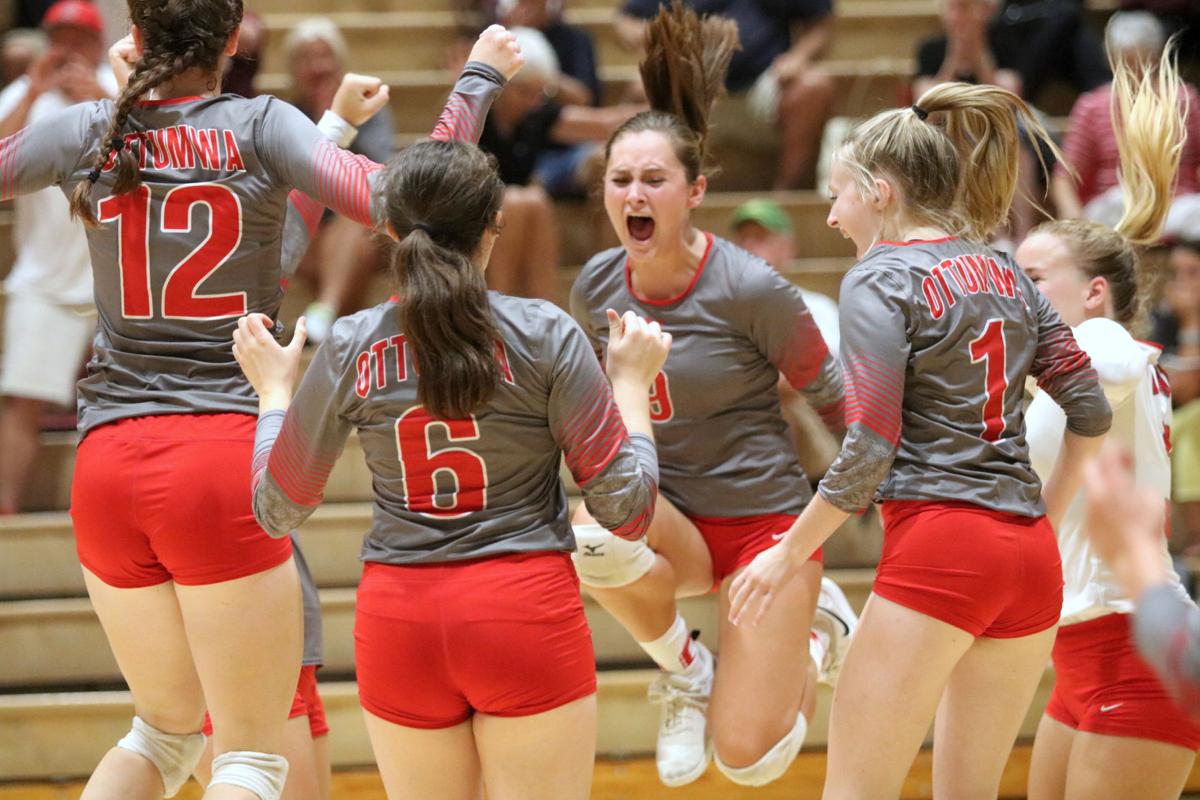 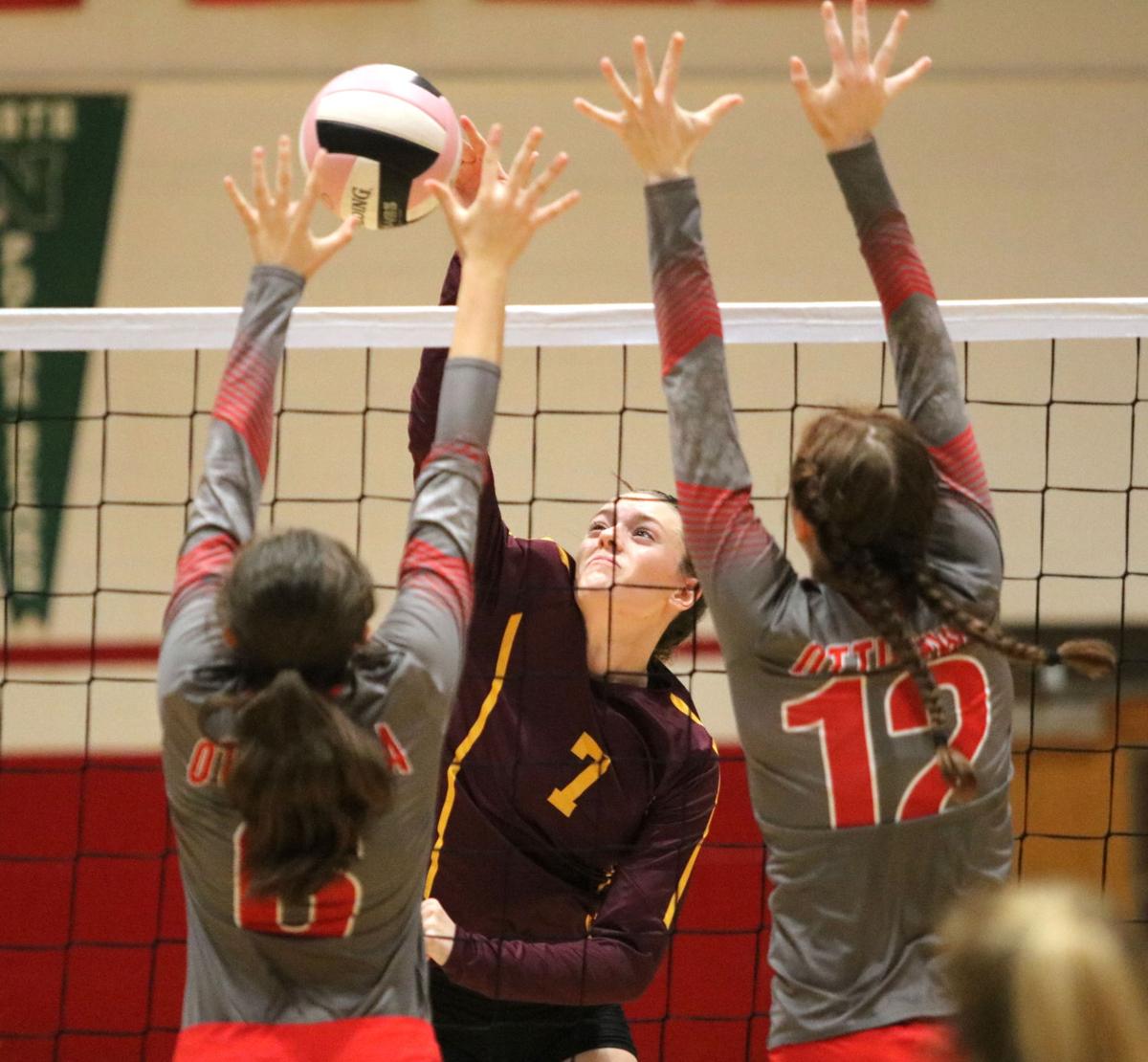 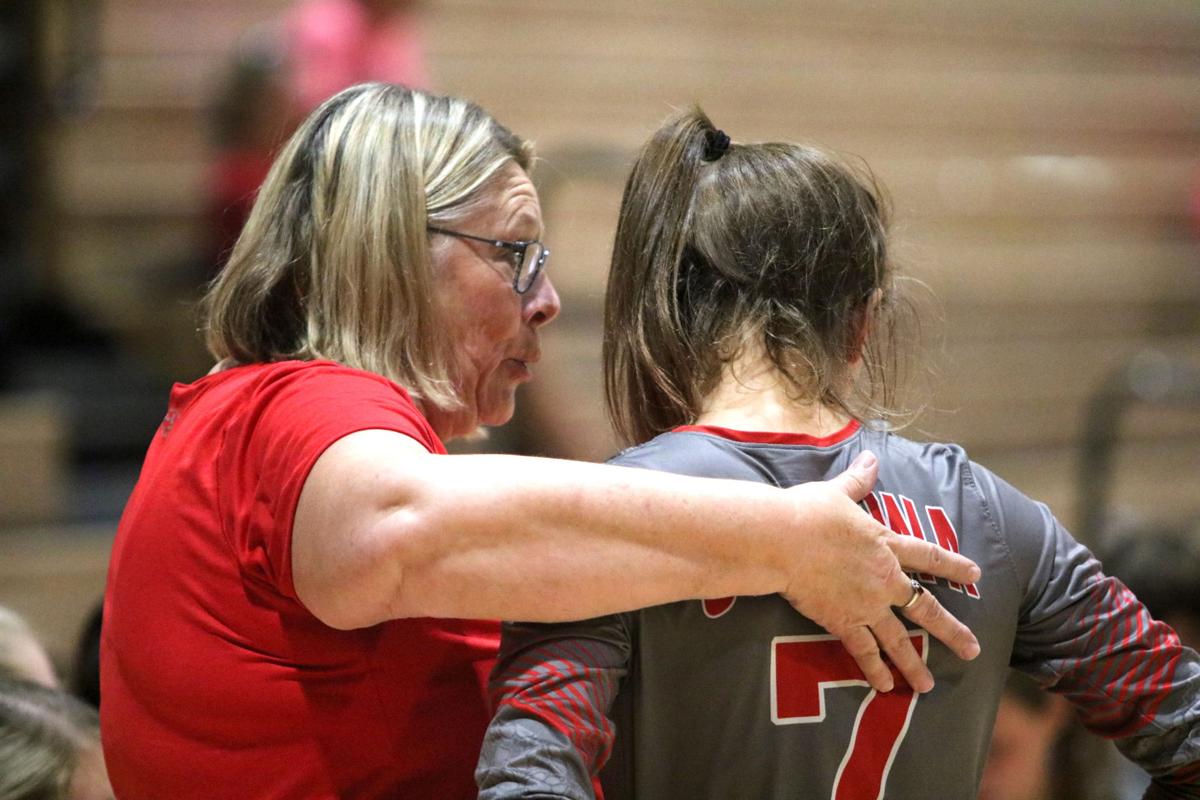 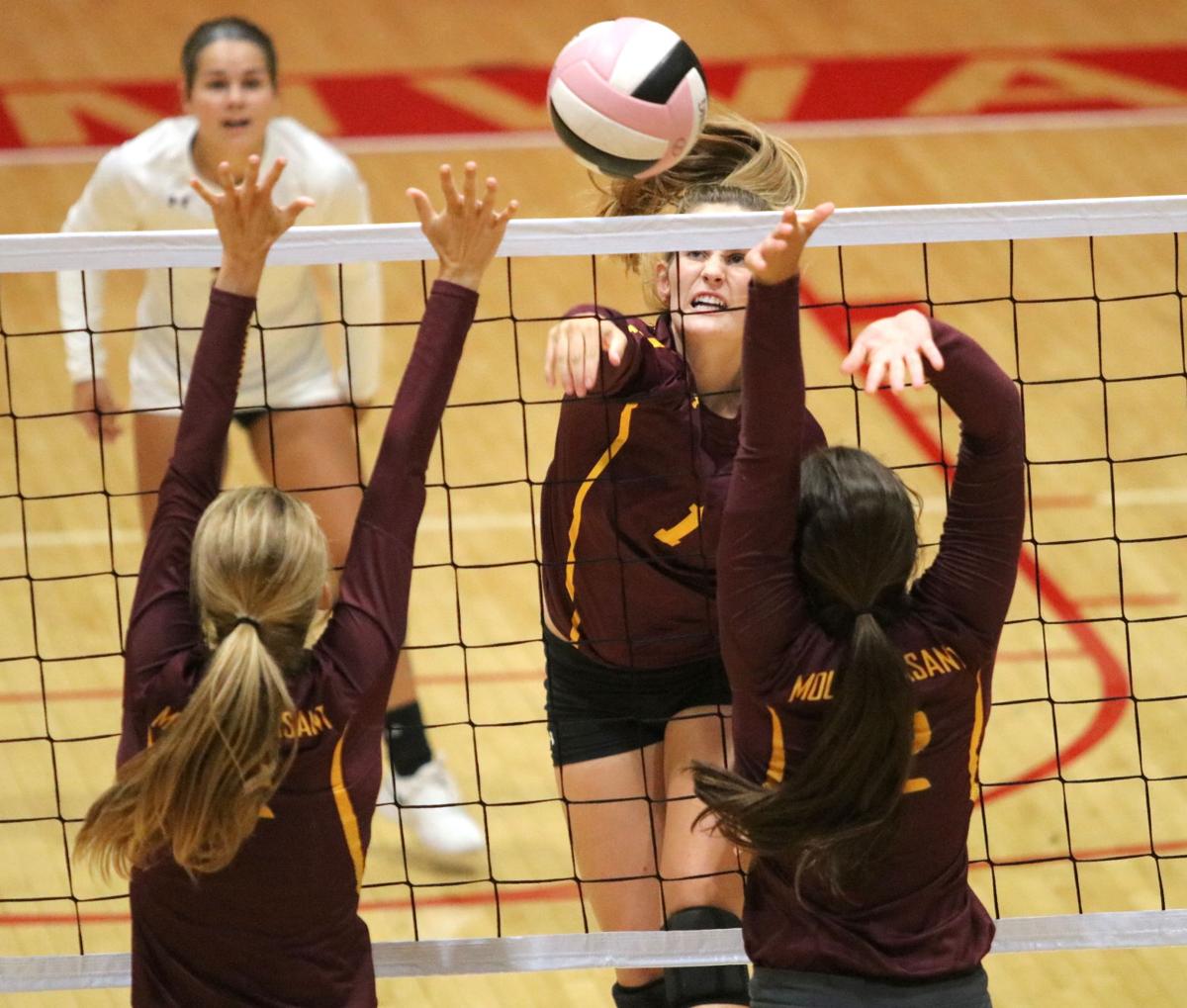 No matter who wins or loses, the matchup is a beauty. Last year, the Davis County High School volleyball team had its moment.

This year, the Mustangs almost had it again.

Davis County had 13th-ranked (Class 5A) Ottumwa on the ropes in the third game of their match at Thursday’s triangular at Evans Middle School, but the Bulldogs rallied with some clutch plays to take a 25-22, 11-25, 16-14 victory to go undefeated.

It’s two similar teams with two similar styles. There were no surprises this one, like last year’s Mustangs’ win in five games, went the distance.

“Whenever we play them it’s an emotional game, and it took so much perseverance for our kids to come back, a determination to get it done on our own court,” Ottumwa coach Ruth Thomas said. “Anything less than the way we played tonight, we’d have given it away in the first game.”

The triangular, which also featured Mount Pleasant, consisted of the first matches of the season for the Mustangs (1-1). The improvement from match to match was evident for the veteran team.

“We love this match and we love playing them. They just got the better of us at the end,” Davis County coach Brooke Mason said. “Our goal is to make our team and each individual better. We’ve had problems playing down to our competition, and that’s something we try to work on. Ottumwa is a team we match up pretty well with.”

Ottumwa (4-1) took the opening game with a late run, but Davis County dominated the second game. The Mustangs trailed 7-5 before Ottumwa struggled in just about every facet of its game. Long serving runs by Olivia Murry, Kaden Porter and Kara Greiner helped turn the deficit into a commanding 23-10 lead.

Davis County seemed on its way to an easy win in the third game as well. The Mustangs jumped out to a 7-1 lead before the Bulldogs started to pluck away. They trailed 13-8 and 14-13, but Ally Paris kept a ball alive on a sinking serve, and the Bulldogs scored a point out of it, then closed it out with two straight points.

“This was like we were at Knoxville. Great first game, then it was a whole different team the second game,” Thomas said. “Volleyball is a sport that can make great players look like elementary school players sometimes.

“Win or lose, our players are a team,” she said. “Sometimes the girls have to prove to themselves that they really can do it, rather than just believe me when I say it.”

“I think we got a little deflated and nervous late in that third game, but our mentality was to keep the pressure on, keep playing above everything,” Mason said. “Ottumwa is a team that you have to be aggressive again. If you don’t, they will put it right back down on you.”

Both teams know they have things to work on, because the schedule doesn’t let up. Davis County competes in the West Marshall tournament Saturday, while Ottumwa hosts Southeast Polk Tuesday.

“We have a lot to do before then,” Thomas said. “But we’ve figured out one piece of the puzzle tonight, and I think that will carry us farther than we realize.”