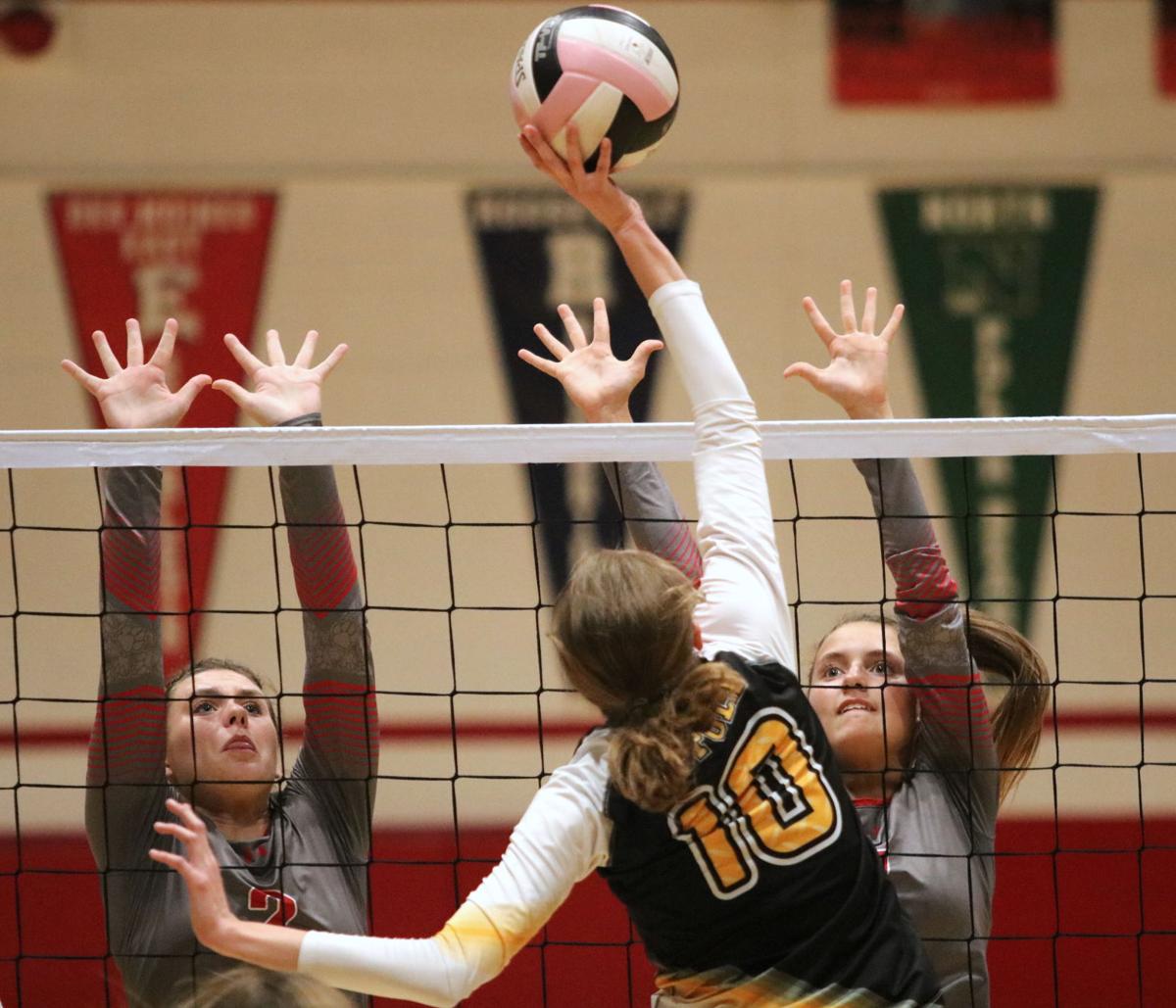 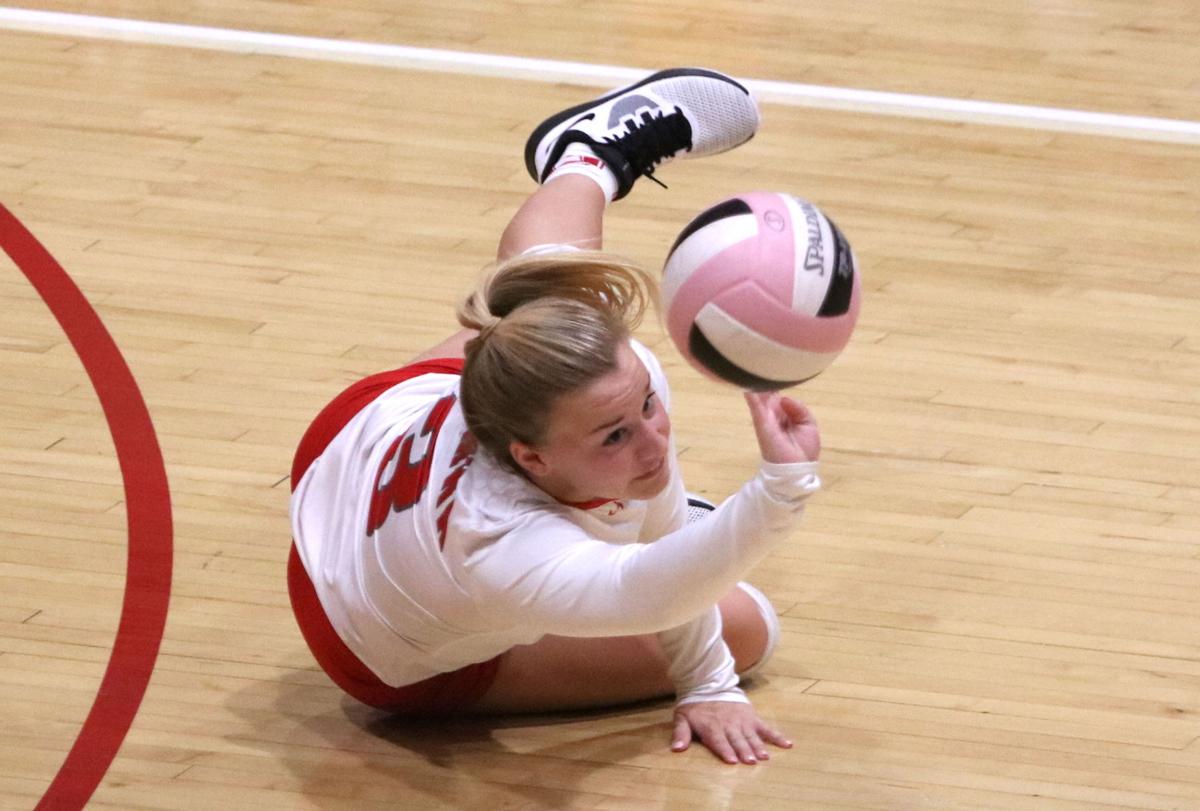 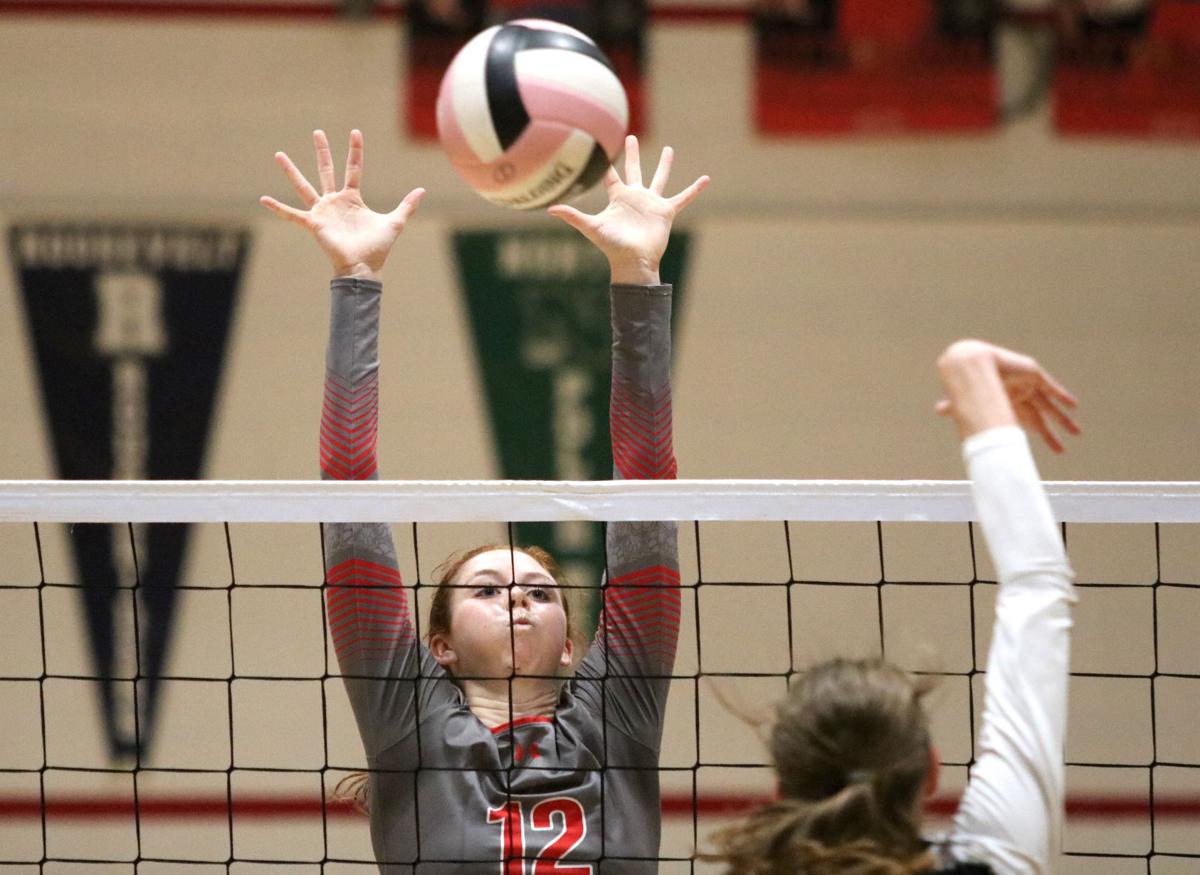 It was an innocent push inside the sideline by Southeast Polk's Katie Ballard, just out of the reach of a diving Ottumwa High School volleyball player to win the match.

At the same time, the play was representative of the night for the 13th-ranked (Class 5A) Bulldogs. Close, but not close enough.

Southeast Polk weathered a late Ottumwa rally in the opening game, then dominated the Bulldogs in the final two of a 25-20, 25-18, 25-18 CIML crossover sweep over the Bulldogs Tuesday at Evans Middle School.

"Southeast Polk has a great team, but we were never really aware of what we were doing in coverage, on serve receive, or whatever," Ottumwa coach Ruth Thomas said. "We put ourselves in a hole early in every game, we battled back, but couldn't get out of it."

It was a complete change from when the Bulldogs (4-2) played last week in rallying past Davis County in a three-game thriller. There were long tough points that rewarded the Bulldogs in that match; in this match, there weren't enough tough points to be had.

"I think we might have believed Southeast Polk would give up. We haven't played any teams that have given up against us this year," Thomas said. "It was like we expected to score off the first effort, but no one really wanted to be the person to make the play on the second, third or fourth effort."

The Rams jumped out to an 11-4 lead in the opening game before the Bulldogs made a run. An ace serve by Chloe Schneckloth made it 12-9, but the Rams pulled out to a 20-14 advantage on an ace off the net by Grace Rosenbloom.

Ottumwa then forced Southeast Polk into mistakes, getting within 20-18, but the Rams closed with five of the next seven points for the win.

The Bulldogs led just once the entire match, 2-1 in the second game. Once again, the Rams found holes on Ottumwa's side of the net to reverse the deficit and take a 12-5 lead. The Bulldogs got within 20-14, but ace serves and other well-placed shots pushed the Rams to the cusp of the sweep.

Southeast Polk then took a 6-1 lead in the third before Ottumwa rallied to tie it at seven. The Rams were able string points together, and led 20-16 before pulling away down the stretch.

"We made a lot of unforced errors tonight, and they were able to two or three points off our serve receive all night," Thomas said. "We started to make adjustments in games two and three, but we just didn't have that connection out there."

The Bulldogs look to regroup at the difficult Mount Vernon Invitational Saturday, facing the top-ranked hosts in the first match of the day.

"We'll go out and start fresh, but this isn't something we have to start from scratch," Thomas said. "We've got a strong lineup, and we just have to put our best team on the floor.

"Tonight we really felt like we had a chance to win the match," she said. "But once we fell behind, we fought ourselves."