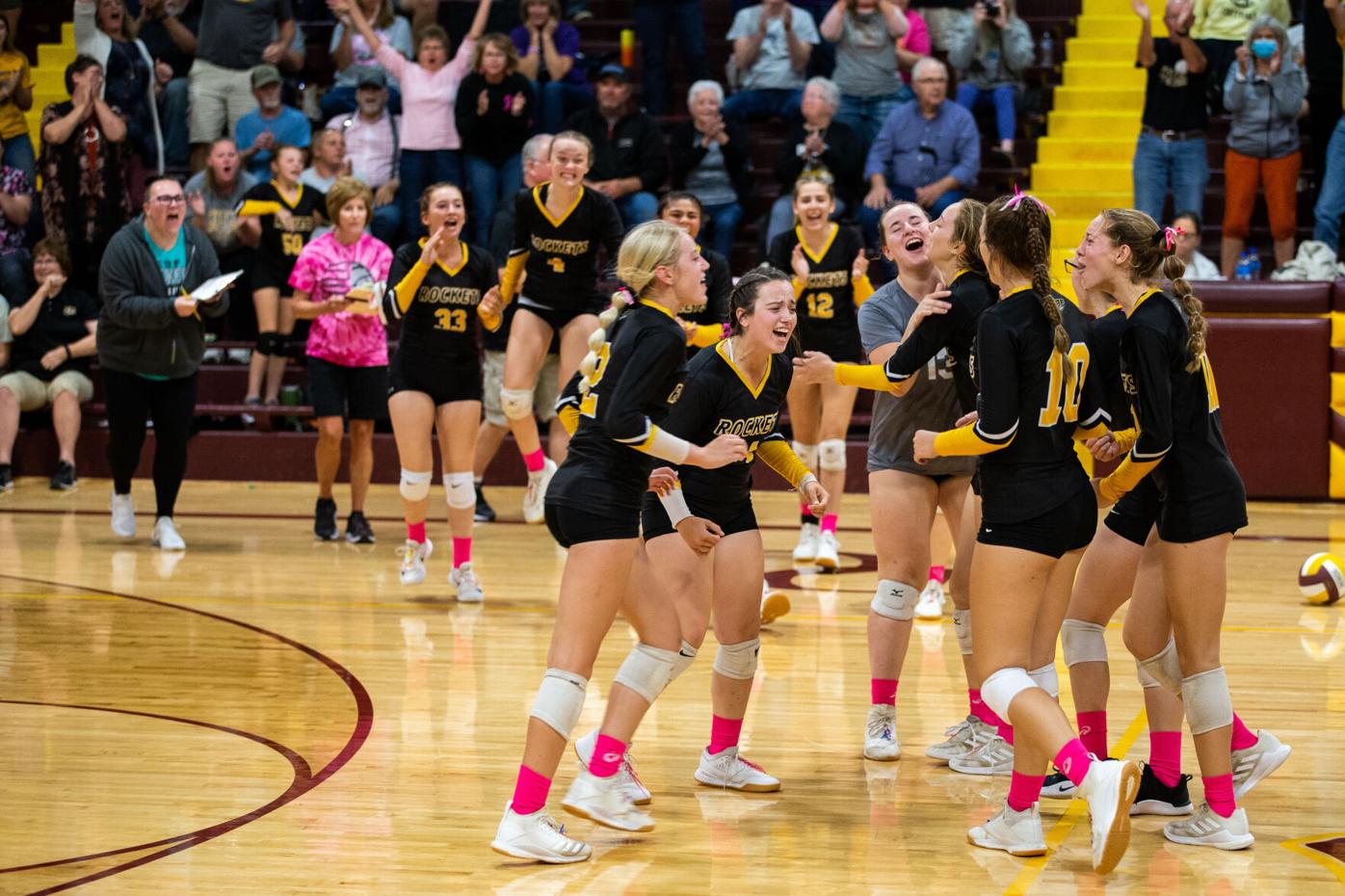 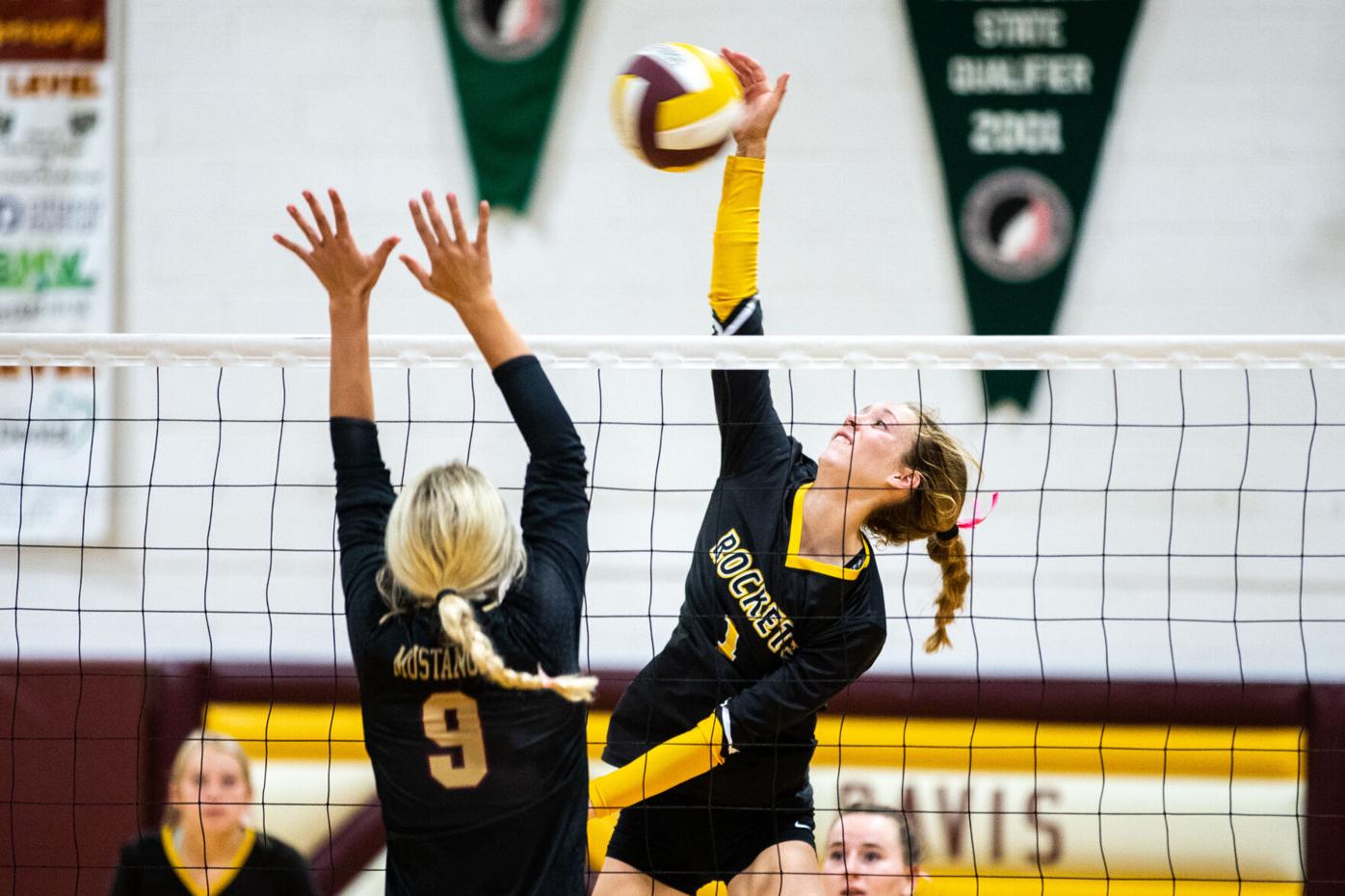 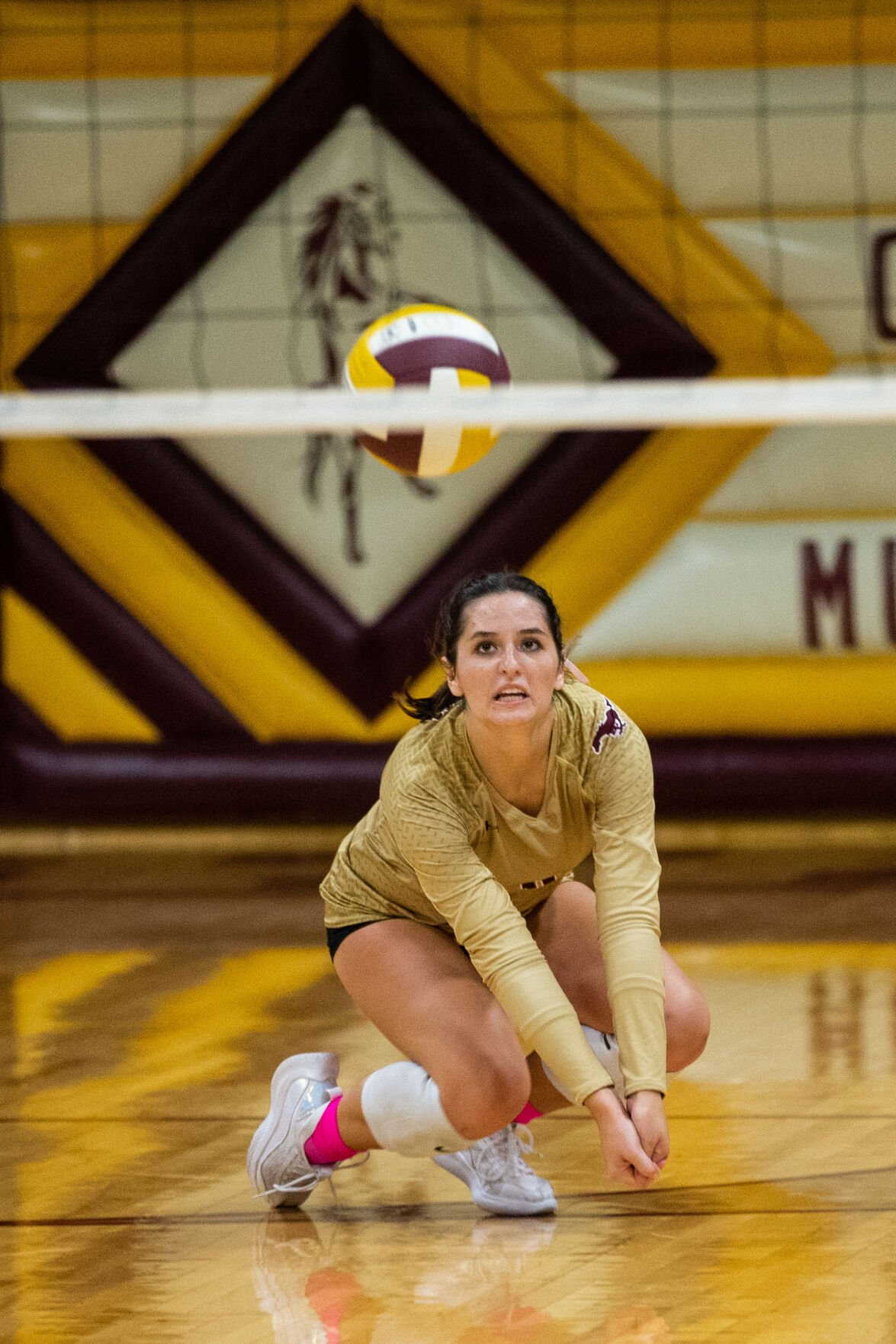 BLOOMFIELD — With a dramatic 3-2 win over Davis County Tuesday, the Eddyville-Blakesburg-Fremont Rockets jumped ahead in the South Central Conference race.

After the loss, Davis County drops to 3-1 in South Central Conference play, while Albia beat Chariton Tuesday to improve to 3-1.

The Rockets now stand alone atop the conference with a 3-0 record, with matches against Albia and Chariton still remaining.

Tuesday’s win was dramatic to say the least, topping the battle between the Rockets and Mustangs on Saturday in the Ottumwa Tournament title match won by EBF 24-26, 25-19 and 15-8 at Evans Middle School Gymnasium. After Davis County won the first game 25-22 on Tuesday to jump ahead in the battle for the SCC lead, EBF picked up a 25-15 win in game two to tie.

The Mustangs won game three 25-21, but couldn’t clinch the match in the fourth game. After being tied 18-18 late in the four game, EBF scored seven in a row to force a fifth game.

"We just made some mistakes at crucial times that cost us the [first] set," said EBF coach Gladys Genskow. "The same happened in the third set — beating ourselves with errors. DC did a great job of picking up our hits and scrambling to get any ball. I am proud of how our team did not get down when we lost those sets."

A neck-and-neck tussle ensued. A five-point lead midway through the set was the largest lead either team held. That was a 9-4 Rocket advantage, erased by a 5-0 run by the Mustangs to tie the game at 9-9.

The tussle continued until the game was tied at 13-13. EBF would rally for the last two points, following an extended back-and-forth volley to secure the 15th point and win the match.

“Holy cow, that was a great match tonight,” Genskow said. “We knew going into Davis County it would be tough with home court advantage and senior night. Emotions were high, but we had to stay focused.”

EBF’s Molly Shafer led the squad in kills and serving, going 24-for-28 at the line and killing 24. She was 70-of-78 attacks with 14 digs. Kate Shafer had a team-high five blocks and 48 assists on the night. Whitney Klyn added 16 kills and 13 digs, with a team-high four aces.

Eddyville-Blakesburg-Fremont (19-2, 3-0 SCC) has the rest of the week off before hosting Oskaloosa on Monday and traveling to Albia on Tuesday.