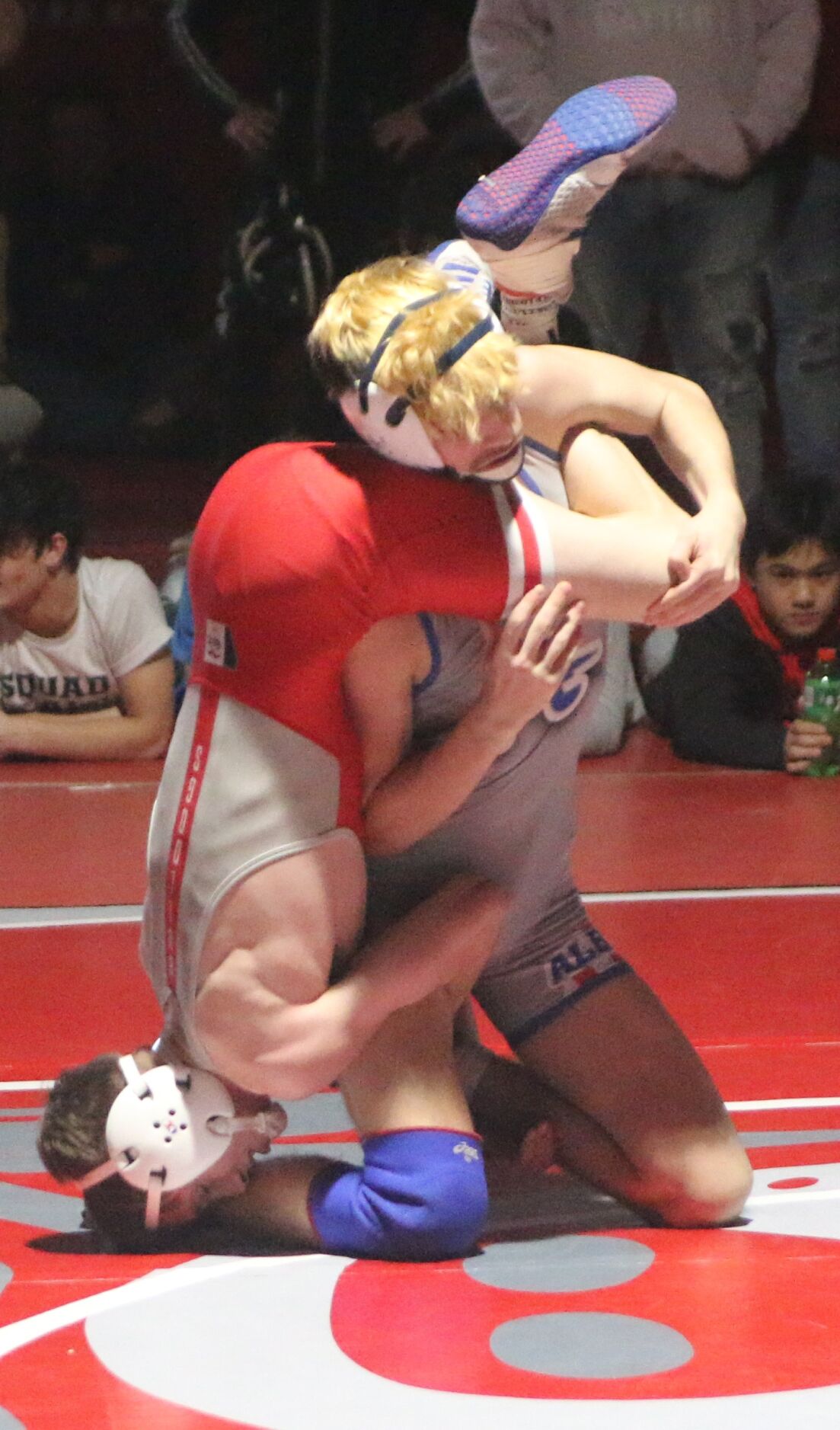 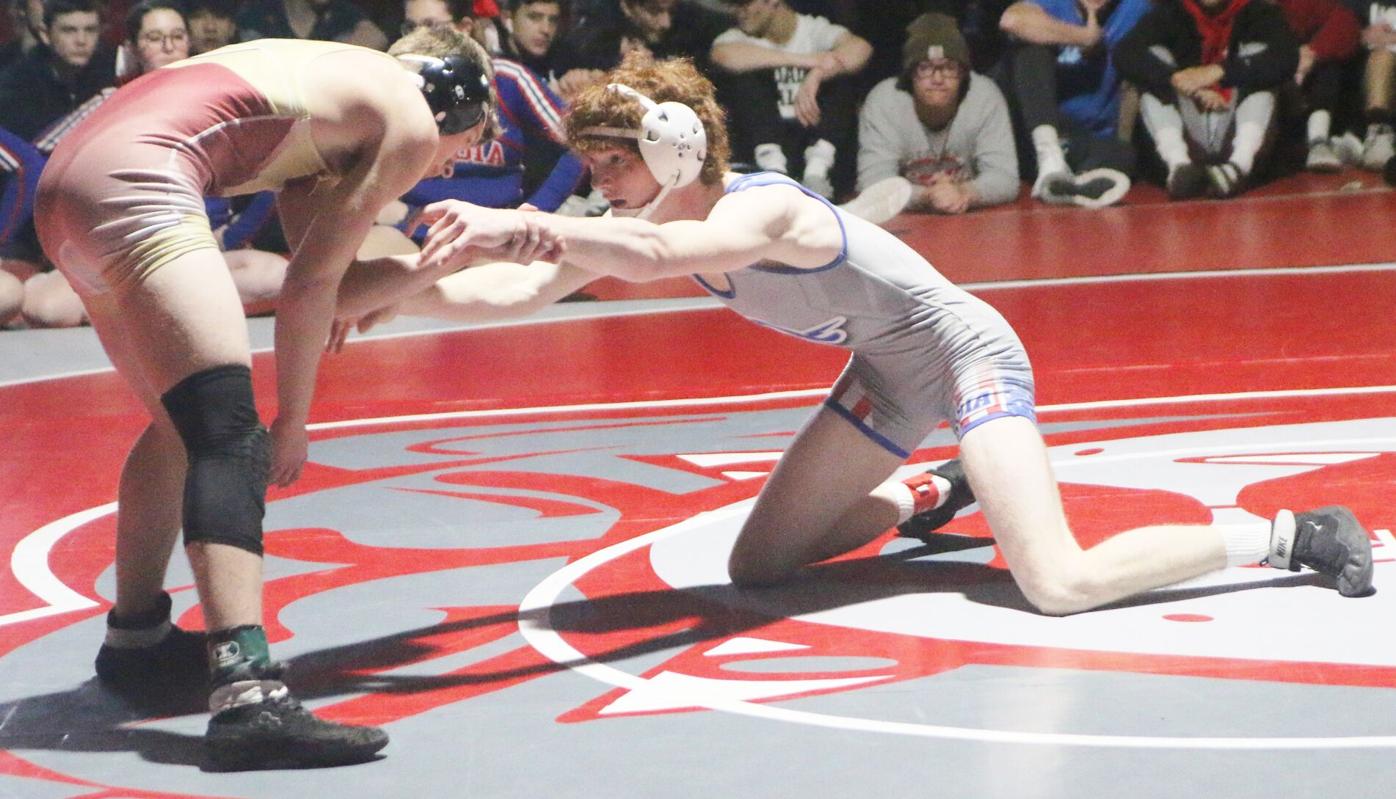 OSKALOOSA — The Albia Blue Demons played spoiler on Tuesday in the first home meet of the season for the Oskaloosa wrestling team, improving to 10-1 on the season in duals with a 41-34 win over the Indians and a 57-23 victory over Fairfield. Oskaloosa bounced back to defeat Fairfield, 58-15.

Albia rallied from a 22-14 deficit against Oskaloosa, winning four consecutive matches to take the lead for good. Wyatt Stewart (106), Carter Anderson (113) and Brodie Connor (120) all picked up pins for the Blue Demons while Dawson Bonnett earned an 8-2 decision over Trey Miller at 126 pounds.

Oskaloosa would bounce back with falls from Garrett Roethler (132) and Phillip Abrahamson (138) to cut Albia's lead to 35-34, putting the dual up for grabs heading into the final match. Justin Keller, coming off a run to the 145-pound title at the Ottumwa Invitational on Saturday, secured the dual win over the Indians by pinning Aden Scott in just 45 seconds on Tuesday.

Keller kicked off a dual win over Fairfield by pinning Brody Lyons in just 46 seconds, the first of four straight falls earned by the Blue Demons (10-1) against the Trojans. Eli Zanoni (152), Lance Helm (160), Devin Kimball (170), Paul Ballard (220) and Joey Pearson (138) all scored falls for Albia in the 10th dual win of the year while Bonnett scored a 7-2 win over Zach Westercamp in the dual with Fairfield.

Theodore Metcalf scored a pair of wins for Fairfield on Tuesday, pinning Albia's Nate Ballard in 66 seconds and Oskaloosa's Bobby Opheim in 4:26 for a pair of 195-pound wins. Grady Flynn scored a fall in 26 seconds for the Trojans against Albia heavyweight Carson Rankin while Cason Miller pinned Oskaloosa's Garrett Roethler in 4:52 of a 132-pound match. Cesae Smithburg added a 5-0 win for Fairfield at 220 pounds against Oskaloosa's Aiden Hildenbrand.