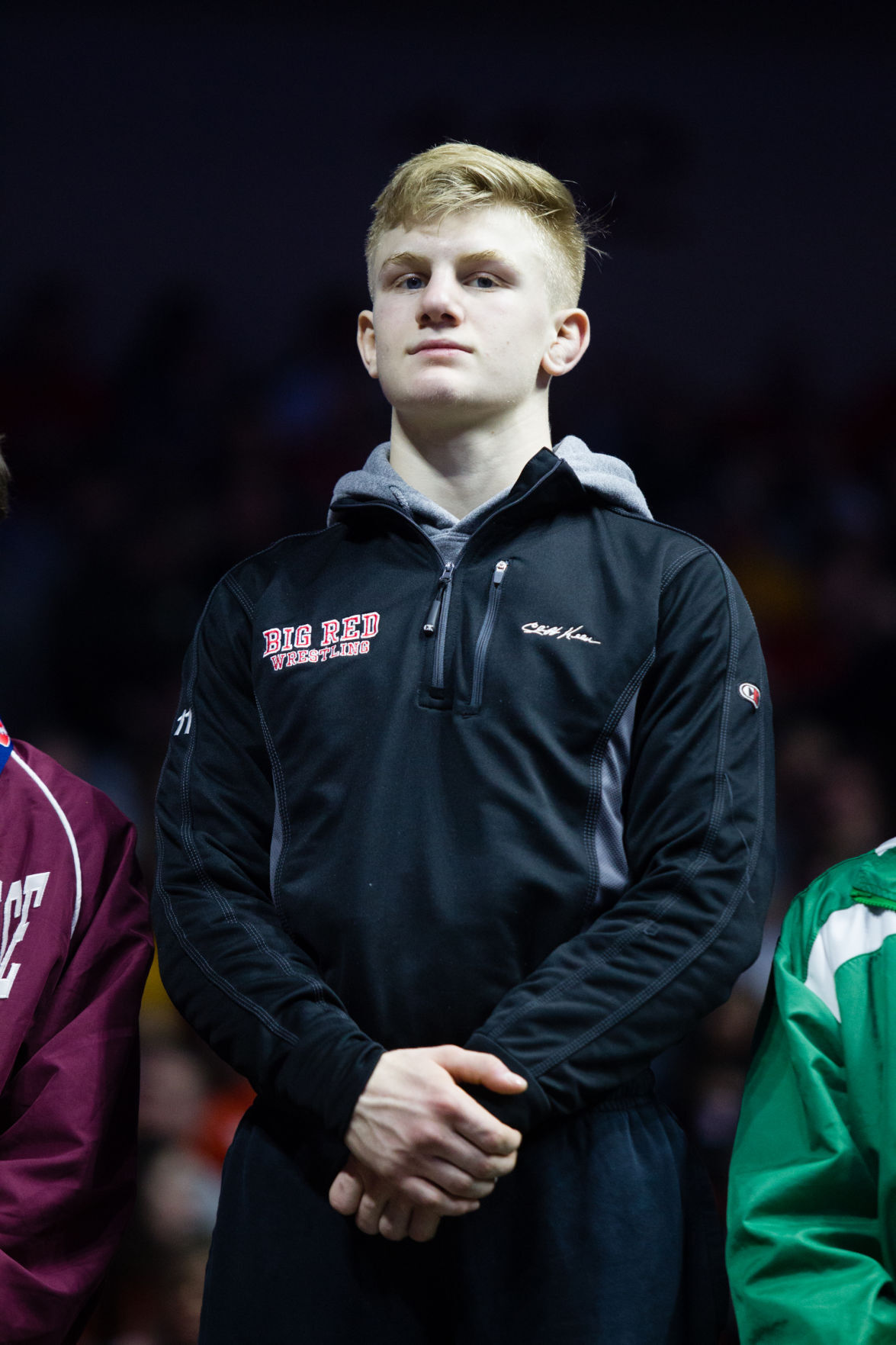 Matthew Lewis stands at the top of the podium as the Class 2A, 126-pound champion. 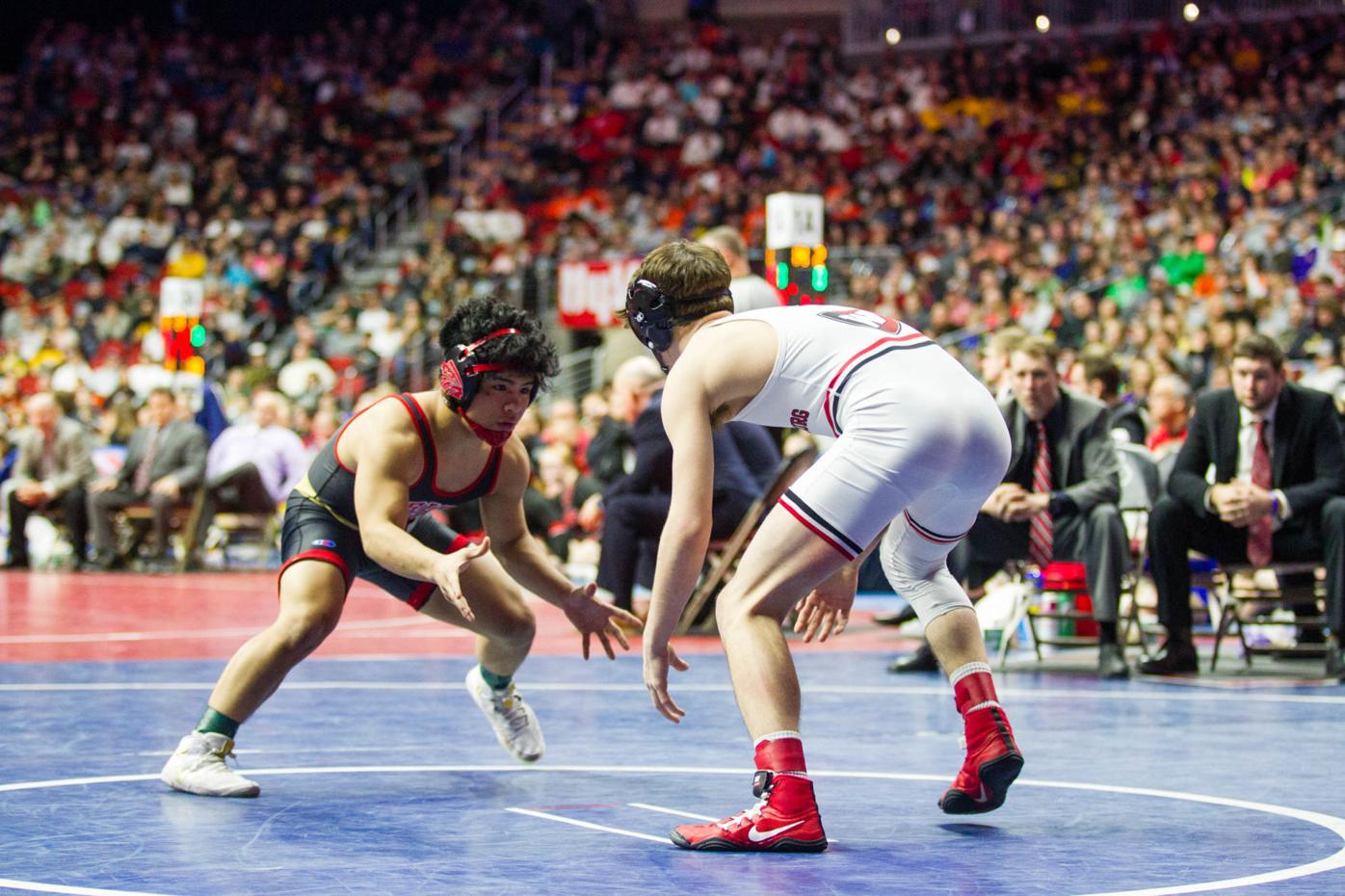 Matthew Lewis stands at the top of the podium as the Class 2A, 126-pound champion.

OTTUMWA — Centerville senior teammates Matthew Lewis and Nathaniel Genobana will open the season ranked No. 1 by IAwrestle.com in the first set of statewide rankings published for the upcoming 2020-21 season.

Lewis and Genobana lead Centerville into the season as the Big Reds open the season ranked ninth in the same Class 2A ratings as a team after finishing third in the state last season.

Genobana (30-2) came up one win shy of joining Lewis and Kayden Kauzlarich in winning three consecutive state championship matches last February, losing 8-3 to unbeaten Williamsburg wrestler Jalen Schroop in the 138-pound final. It the first time since 2005 that Centerville had three wrestlers competing on the same night for state championships.

Centerville finished in third as a team with 66 points, the best finish for the program since finishing second in 2005 and 2006. Lewis and Kauzlarich brought home the 23rd and 24th state championships for the Big Red wrestling program, moving Centerville into the top 30 all time among Iowa high school wrestling programs.

“I’m just blessed to be able to take over for a program like this. It is where it is and we have guys like these to lead the way in our room and a good group of guys coming through and I expect good things in the future as well,” Centerville head wrestling coach Jared Bevins said.

“He’s really good for conditioning, I felt like I had a gas tank all year,” Lewis said of Bevins after last year's state championship win. “He’s a great coach and he really made sure he pushed us and kept it positive.”