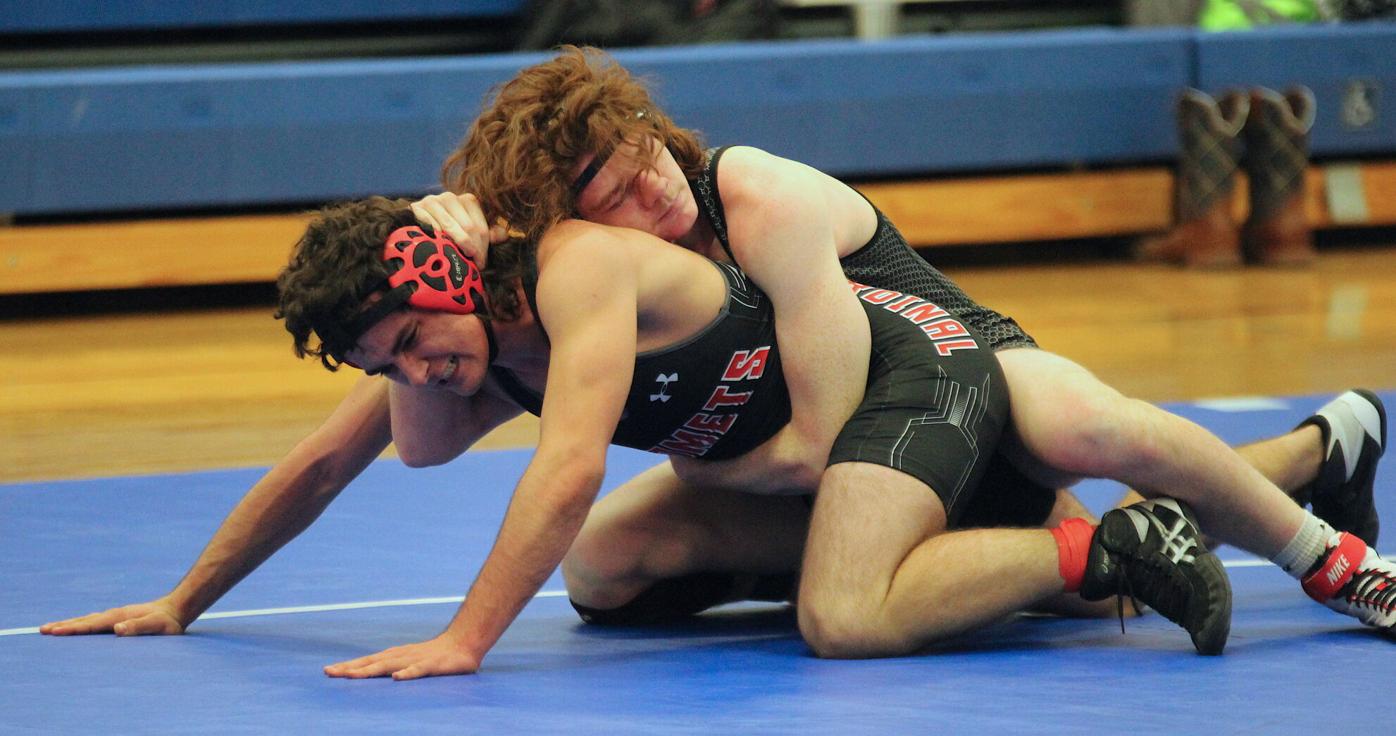 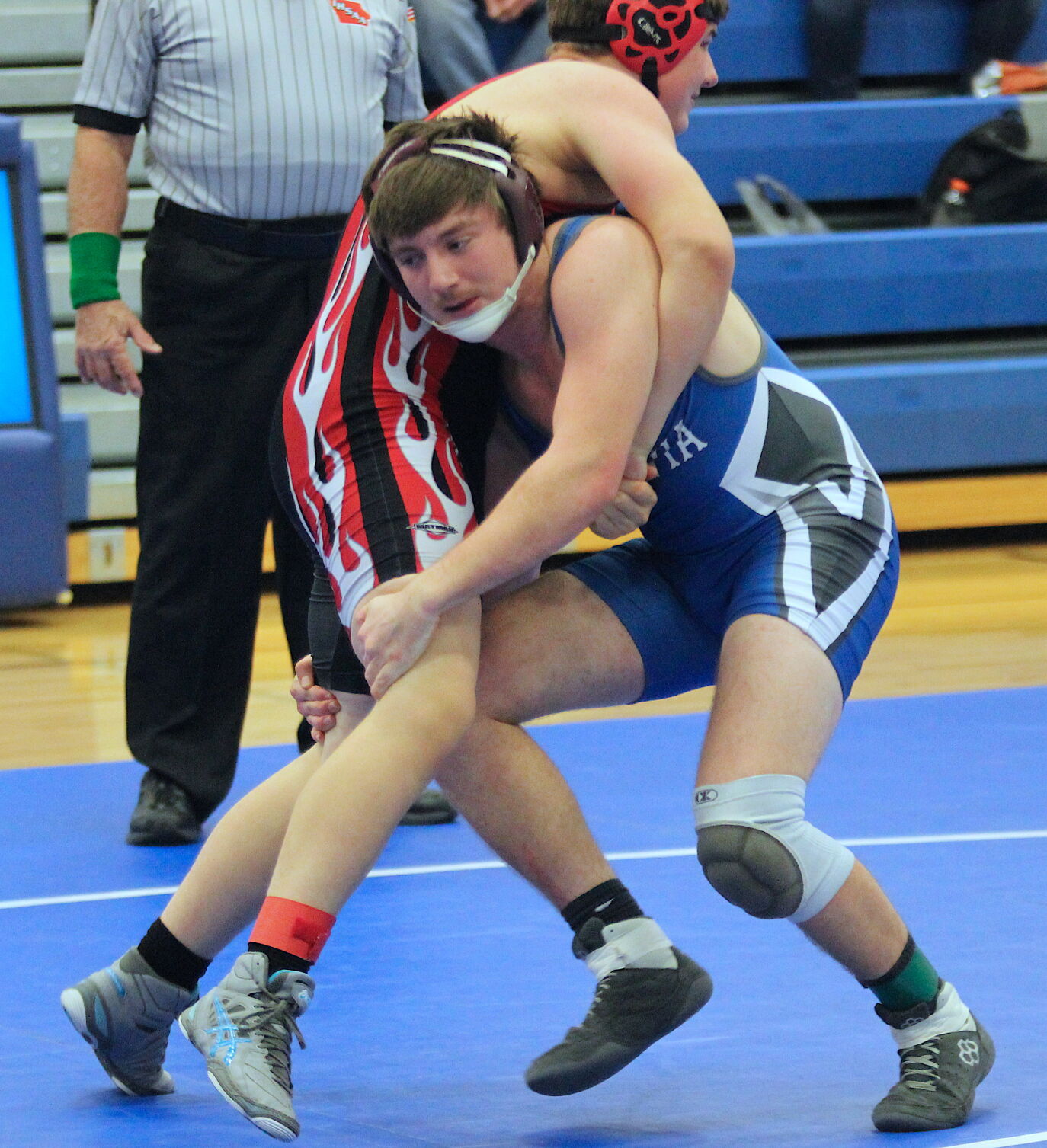 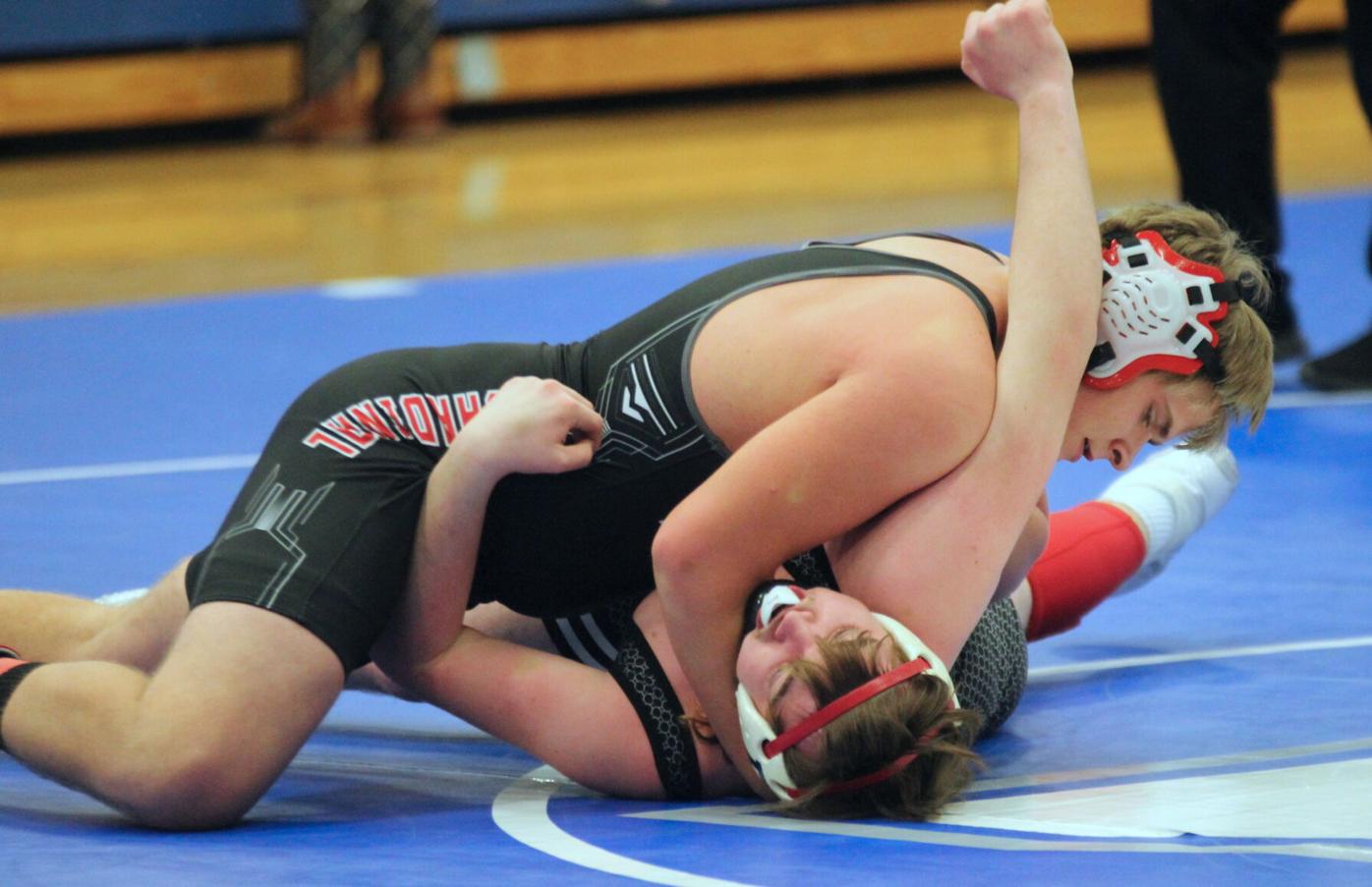 When it's all said and done, he may Pekin High School's winningest wrestler.

Juhl added two more wins on Monday night after opening 2021 on Saturday by scoring five victories at the Nike Dual Invitational. After receiving a forfeit against Moravia, Juhl picked up a fall in 56 seconds against Cardinal freshman Brock Lewman to improve to 22-2 on the season, securing his 128th and 129th career wins in the process.

"I'm feeling pretty good, but I can always get better," Juhl said. "There's still a lot of time left this season. I just have to keep working at it and keep getting better. I'm just hoping for a better finish to the year."

Juhl is now just 15 wins away from matching Ryan Vogel with 144 career wins, the most for any Pekin wrestler. Getting 16 more wins would give Juhl the new program record for career victories.

Juhl collected a pair of pins, a pair of forfeits and a major decision on Saturday, leading the Panthers to a fifth-place finish in the tournament highlighted by a 36-12 win over Southeast Iowa Superconference north division rival Louisa-Muscatine.

"We only had six guys on the mat this weekend, so coming out of there with even one win felt like a huge victory for us," Pekin head wrestling coach Al Chapman said. "We looked at that more on Saturday about getting mat time."

Michael Jones earned his second win of the tournament for Pekin at 138 pounds, scoring a fall in 4:25 against Cael Phillips, while Mason's younger brother, Blake, needed just 32 seconds to pin Kendal Pugh in a 170-pound match.

Juhl, meanwhile, pinned Owen Housman in 58 seconds in Pekin's 60-24 loss to Wapello and Christian Kleppe in 52 seconds during a 59-15 loss to Wilton. In a 58-16 loss to West Burlington-Notre Dame, Juhl earned a 14-2 major decision over Brett Haubrich to close out a perfect day wrestling at 182 pounds.

"It's grueling on the guys that had five matches on Saturday," Chapman said. "We also had to practice on Sunday before the fog came in before we came over here to wrestle. It's not just grueling to wrestle that many matches, but it's grueling to maintain their weight. You're asking teenagers not to eat over a weekend very much. They were disciplined amongst themselves. We didn't have any problems coming into (Monday) night."

Mason Juhl has not only maintained his weight, but is looking to pull off a unique feat in making it to state in his senior season wrestling at his lightest weight of his high school career. While the normal trajectory for high school wrestlers is to move up over four years, Juhl is down at 182 pounds this season after competing at 195 and 220 over his first three years at Pekin losing over 40 pounds between the end of last season last February and the start of this season this past November.

"I started over the summer. I realized I was kind of chunky, so I started drinking more water and eating healthier," Juhl said. "The weight just started to come off. By the first day of practice, I was at 190. I figured I might as well cut on down to 182. I've liked it so far. I've been training to wrestle bigger guys, so I feel a lot more powerful against the wrestlers I'm facing now. Plus, I'm lot quicker out on the mat at this weight."

Juhl and Cael Baker, who earned a pair of wins for Pekin on Saturday, picked up pins on Monday in a 36-24 win over Cardinal. Gavyn Brown, who added a fall in 25 seconds for the Panthers at 132 pounds against Wilton's Eli Greazel at the Nike Dual Invite, picked up the first of three falls for Pekin in a 36-30 win over Moravia.

"We knew against Moravia, Gavyn's match (against Keeton Ellison) was going to be the key match," Chapman said. "He wins the trooper award. He's wrestling with a boogered-up hip right now. He's got to get that hip put back in, but he kept going and kept going until he got that pin. That was the key match to that dual."

Moravia bounced back to earn a split in their first home dual of the season, beating Cardinal 47-18 in the finale of the triangular. Dalton Ervin (113) and Aiden Golston (120) picked up pins for the Mohawks to open the dual while Ethan Martin scored his second win of the night, working his way to an 18-3 tech fall against Lewman in 5:37.

Karson Kirkpatrick (113) and Donovan Babcock (195) both picked up pins for the Comets against Pekin. Kirkpatrick pinned Jaxson Kirkbride in 79 seconds while Babcock worked his way to a fall in 2:33 against Ryan Doud.

"I was really impressed with how all the kids, even when they weren't wrestling, were cheering on their teammates," Cardinal head wrestling coach Dakota Miller said. "That's the kind of team spirit that we're trying to get going."

That spirit was on full display in the final match of the night, junior varsity match between Cardinal's Braden Ballard and Moravia's Cameron Nicelleto. The two battled to a 4-4 tie deep into the final period with Nicelleto trying to score a winning escape while Ballard tried to score a decisive near fall.

In the end, Nicelleto escaped after a lock of hands violation on Ballard with 19 seconds left, earning a thrilling 6-4 win.

"Cameron isn't very experienced, so it was nice to see him compete against someone more at his competition level," Moravia head wrestling coach Denny Whitlow said. "To see him fight through that and get the win at the end is something he needed for some confidence going forward."

Pekin (9-7) and Cardinal (2-9) will see each other again as part of the North Mahaska tournament on Saturday. Moravia (7-3), meanwhile, heads to the Van Buren County tournament this weekend.