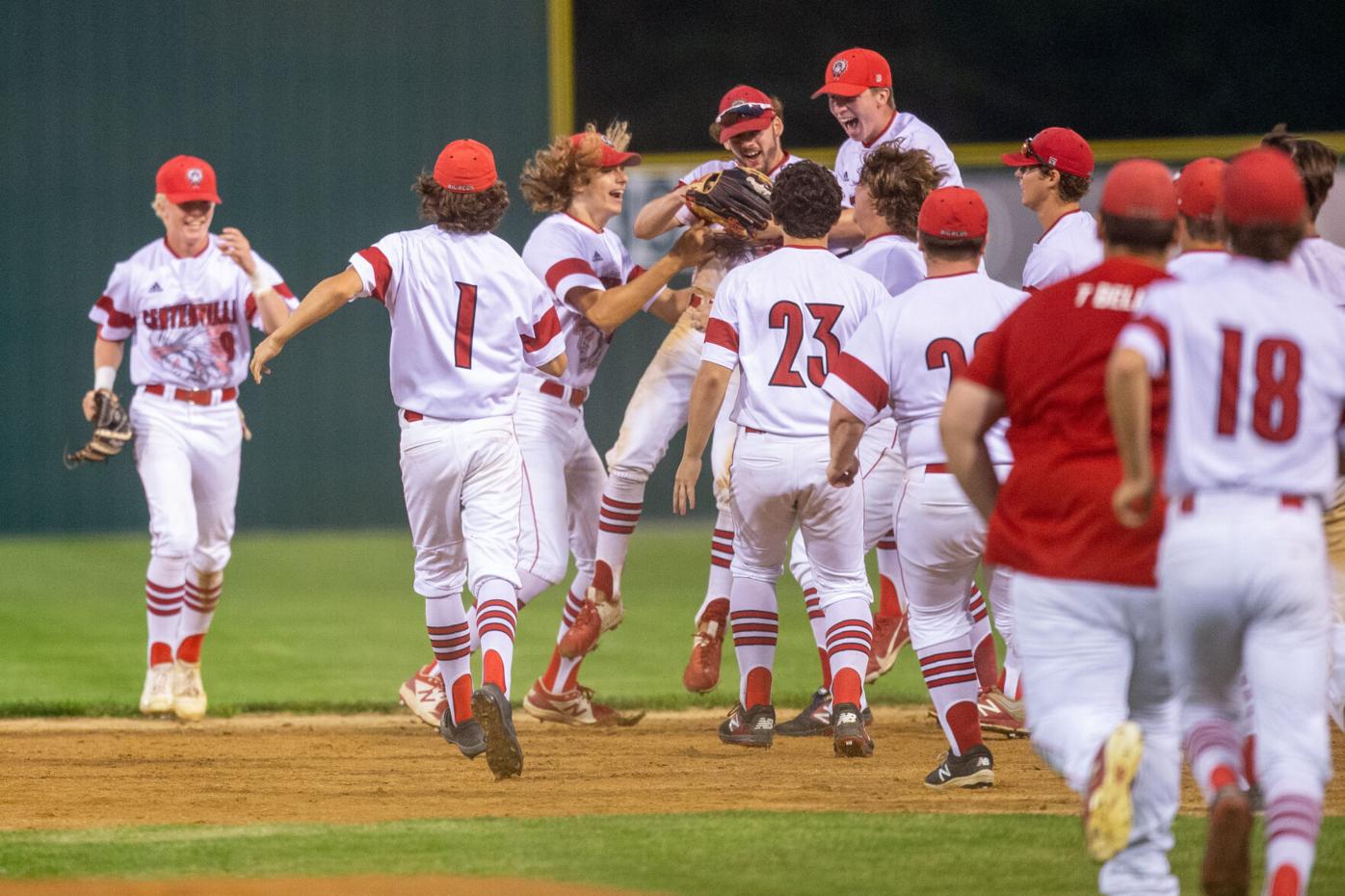 The Centerville Big Reds rush the field to celebrate a Class 2A District 13 title, after beating the Pella Christian Eagles 8-4 at Pat Daughterty Field in Centerville, Iowa on Saturday, July 17, 2021. 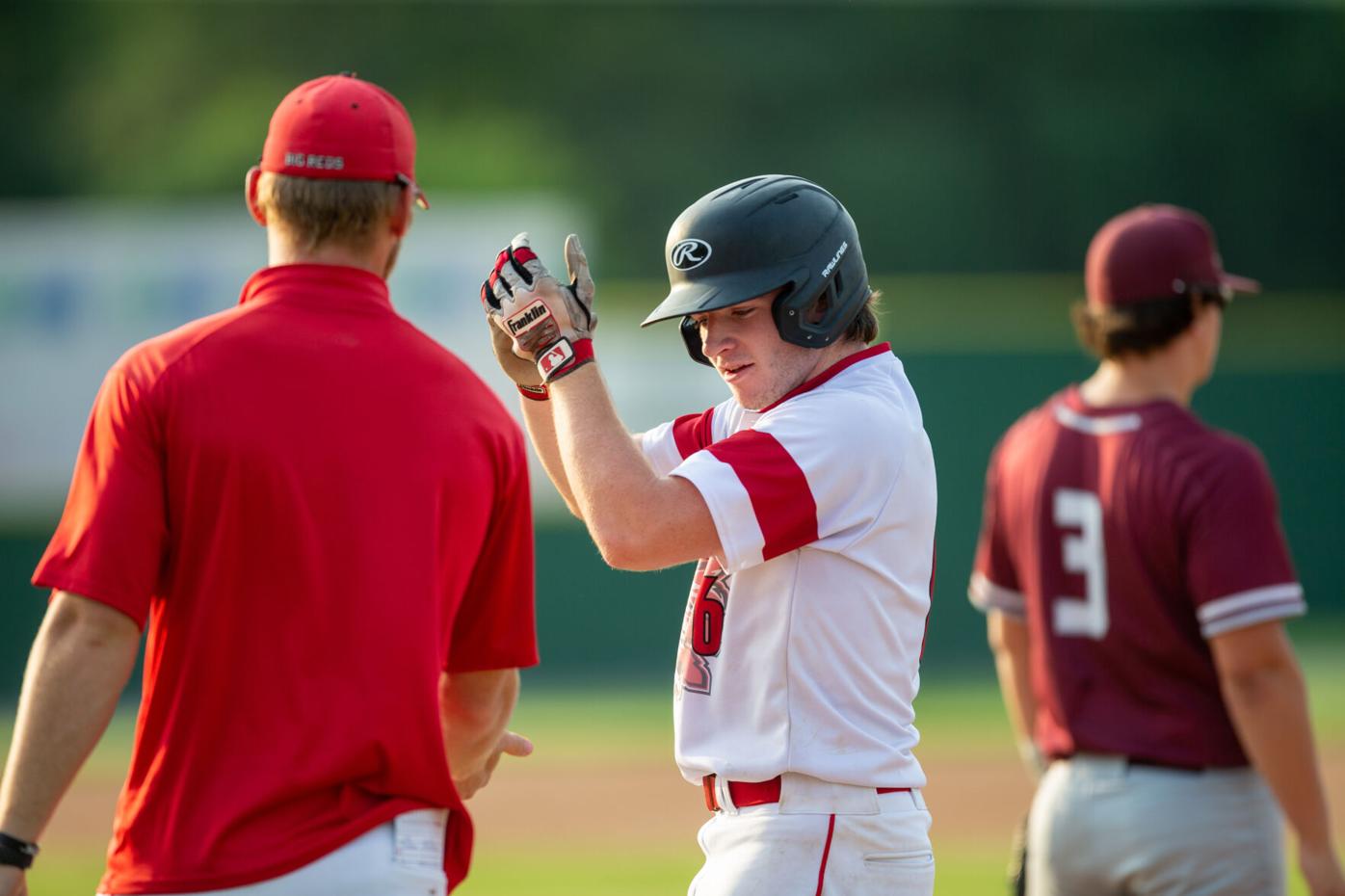 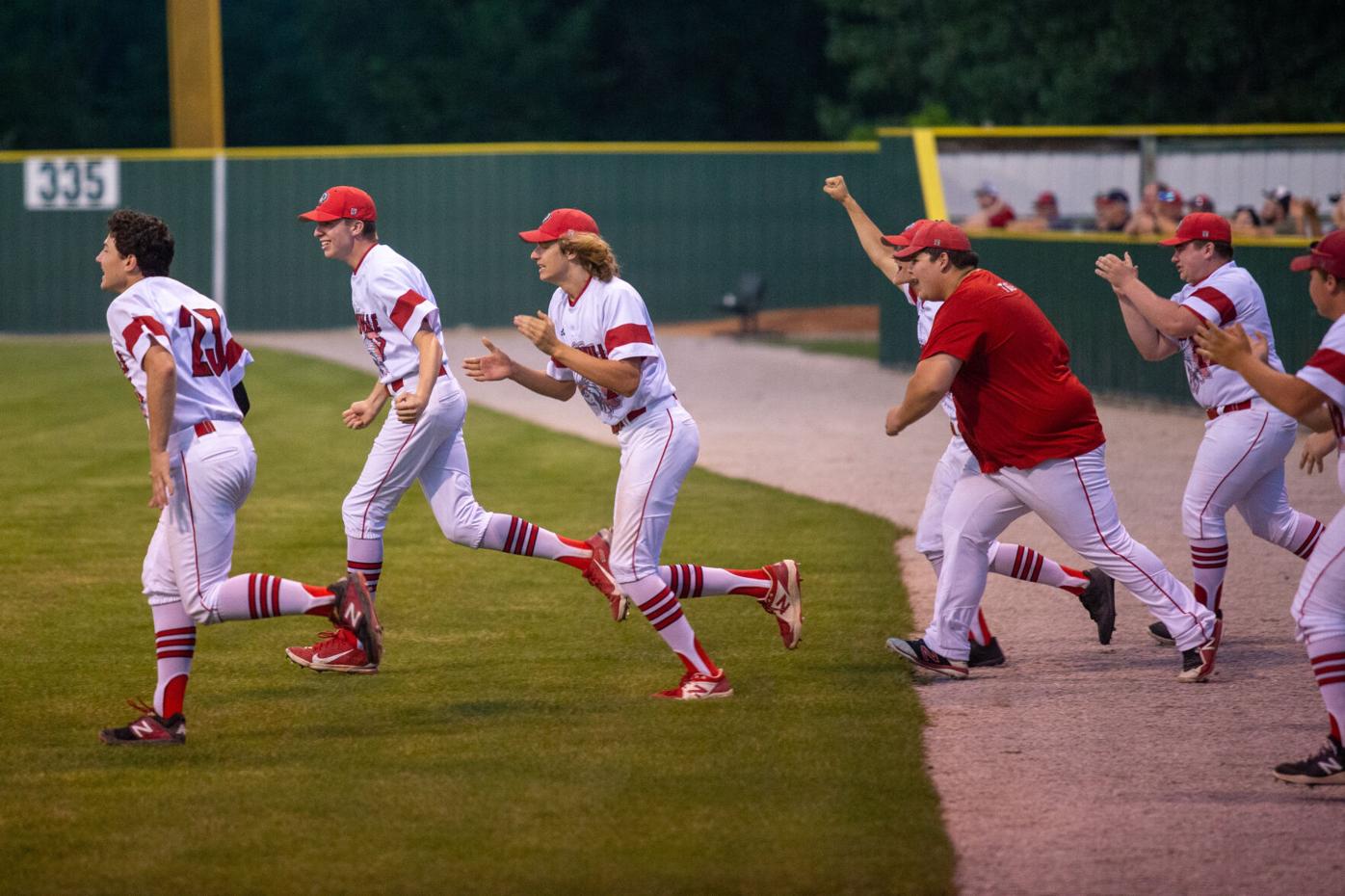 The Centerville Big Reds rush the field to celebrate a postseason win at Pat Daughterty Field in Centerville, Iowa on Saturday.

The Centerville Big Reds rush the field to celebrate a Class 2A District 13 title, after beating the Pella Christian Eagles 8-4 at Pat Daughterty Field in Centerville, Iowa on Saturday, July 17, 2021.

The Centerville Big Reds rush the field to celebrate a postseason win at Pat Daughterty Field in Centerville, Iowa on Saturday.

CENTERVILLE — The Pella Christian Eagles made a spirited push with two-outs in their final trip to the plate. It wasn't enough to counter the Centerville Big Reds.

Centerville won the Class 2A District 13 title on Saturday with an 8-4 triumph over Pella Christian. Centerville put a six-spot up in the bottom of the second to take a commanding lead in the game.

The victory is their 18th of the year. They'll face the Pleasantville Trojans with a state berth on the line in the substate title game on Tuesday in Indianola. Pleasantville upset West Marshall 4-3 on Saturday, and upset Des Moines Christian in the district semifinal 4-1.

After a one-run first inning that saw Merrick Mathews score on a single by Korey Shondel, the Big Reds put up a big number in the second inning.

After a leadoff single by Centerville's Brody Tuttle, seven of the next eight batters would tally hits. In all, six runs scored in the inning on seven hits to give the Reds a 7-1 lead after two innings of play.

A one-out triple by Corbin Westerkamp helped Pella Christian break their silence. He'd score on a sacrifice fly to narrow the gap to 7-1.

Otis Williams gave Centerville a lead-off double in the bottom of the fifth. It turned into some insurance as he ultimately scored on an error.

In the top of the seventh, the Eagles sandwiched a single between two flyouts to put a runner on, but with two quick outs. They would score three in the inning on three hits and a Centerville error. But, Tuttle would pitch a flyout to Bennett Spronk to stop the bleeding, and end the game.

The Big Reds pitched by committee, keeping all their arms available for the substate final in Indianola.

Williams started the game on the bump and grabbed the victory after 3 innings, with three hits and a run allowed. He added four strikeouts and allowed one free pass.

Brady Kauzlarich pitched the middle three innings, allowing no hits or runs and fanning seven Eagles in the process.

Tuttle came in to finish off the final inning, allowing three hits and three runs.

Centerville, who entered the season ranked second in Class 2A by the coaches, finished the regular season two games above the .500 mark. Coming into post-season play, they had dropped eight of their last 10 games.

The Big Reds (18-14) missed the state tournament last year, but had qualified the previous three years — including 2018, when they won the Class 2A state title. It would be their eighth state berth in school history, if they win on Tuesday.

Pleasantville (17-18-1) will be seeking only its fourth-ever state tournament berth, and first since 2016.