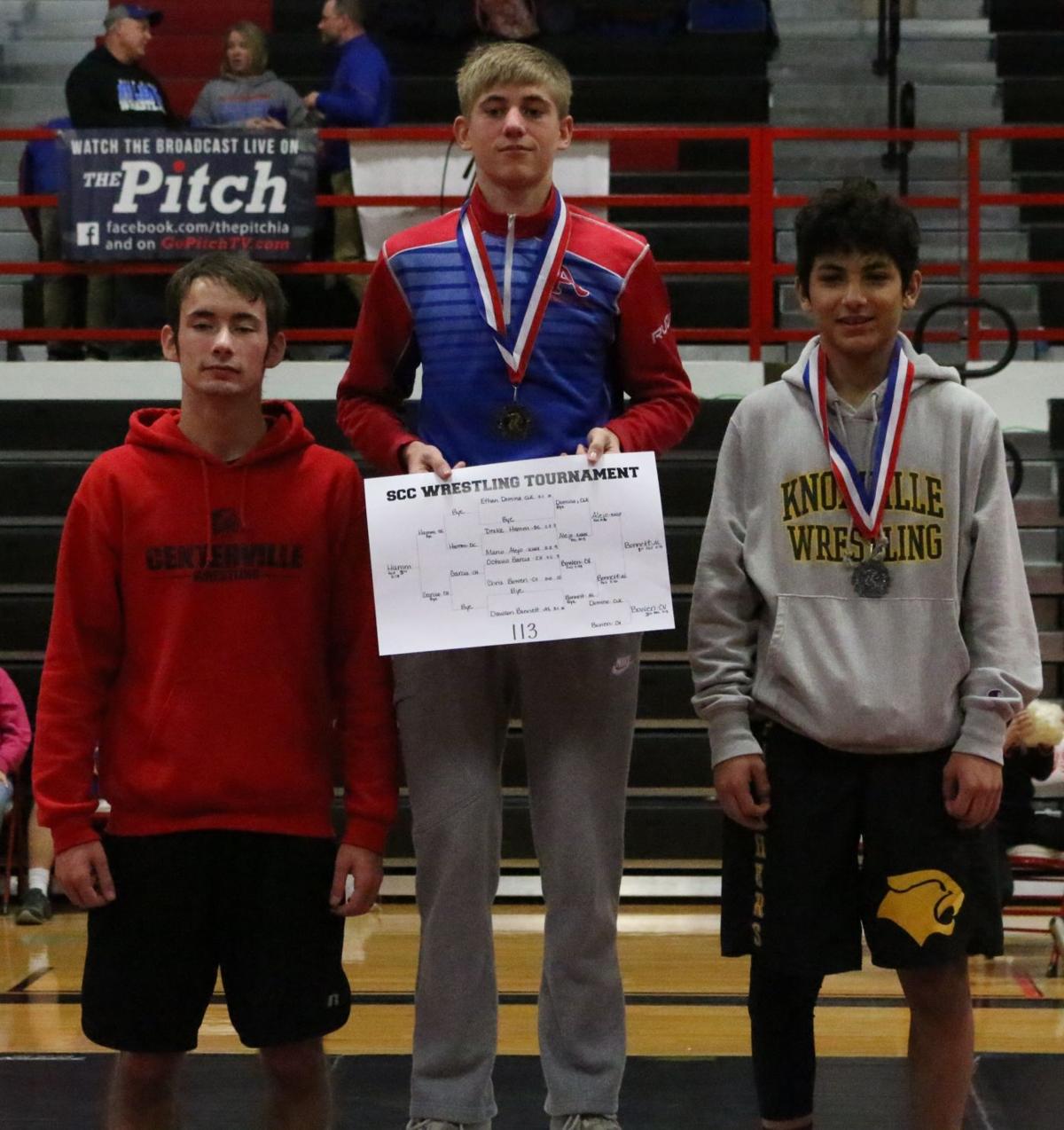 Walker, who is top-ranked in Class 2A at 182, wrestled up a class and spent just 1 minute, 11 seconds on the mat in earning two pins.

At 145, Trestin Sales took a commanding 5-0 lead on Albia's Barrett Bonnett in the championship before hanging on for a 5-2 win. Similarly, Conner Reed built a 3-0 lead on Clarke's Jake Smith at 220 before earning a 4-2 win.

Davis County managed just one championship, which came from Caden Hill at 182, but added three other top-three finishes among its eight wrestlers competing in the tournament.

Albia received a dominating performance by second-ranked Carter Anderson at 106 as he cruised to that title, while Dawson Bonnett added a championship at 113.

WASHINGTON — Fairfield dropped a Southeast Conference dual to Washington 58-9, then fell to Grinnell 54-18 in a road double dual.

Against Washington, the Trojans' lone wins came on a forfeit that Cohyn Roach received 126 pounds, and Grady Flynn defeated Curtis Stender 4-3 at 195.

The Warriors' three wins against Highland all came by forfeit, as Bruce Claman (113), Preston Buss (182) and Cayden Summers (195) earned those victories.